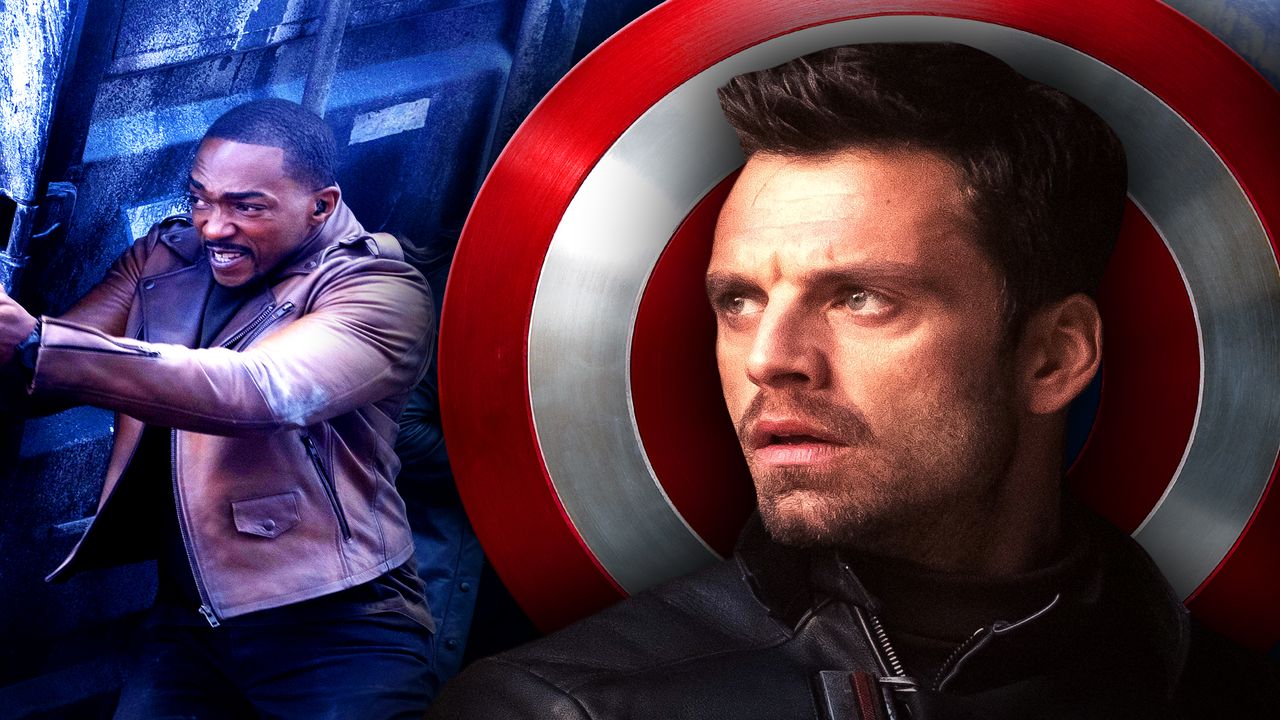 While WandaVision is spearheading Marvel Studios' future on Disney+, The Falcon and The Winter Soldier is set to continue tantalizing fans soon after. Initially, The Falcon and The Winter Soldier was supposed to be the second MCU project of Phase 4, coming after the (still unreleased) Black Widow film. One global pandemic later, and Marvel Studios CCO Kevin Feige had to rearrange most of the MCU's upcoming movies and TV shows releases.

The Falcon and The Winter Soldier is set to be a spirit successor to the Captain America trilogy and continue Steve Rogers' legacy. Marketing for Marvel's second Disney+ show has heated up in the last month, starting with the Super Bowl LV trailer. More footage has continued to arrive online, building anticipation for its March 19, 2021 start date.

NEW-LOOK AT THE FALCON & THE WINTER SOLDIER

New official images from The Falcon and The Winter Soldier have been released by Disney. One of the photos shows Sam Wilson, Sharon Carter and Bucky Barnes all in the heat of battle ready to fire with handguns. It is important to point out that Sebastian Stan's left hand is visible, no vibranium-infused Winter Soldier arm. Here are all of the images:

Sam Wilson struggles to rip Captain America's shield out of a tree trunk.

Winter Soldier and Falcon in full gear at what appears to be a deserted warehouse.

Sam Wilson and Bucky Barnes in street wear in a hallway, appearing concerned.

Sam Wilson, Sharon Carter, and Bucky Barnes in the heat of battle without their full armor.

Sam Wilson and Bucky Barnes hang out in a dock setting.


VFX supervisor Erik Leven said that his team explored options that never made it to screen like having Sam Wilson's Captain America wings "actually catch the shield and it [coming] back.”
A new batch of concept art for 'The Falcon and the Winter Soldier' was officially revealed.
Malcolm Spellman said that the writers of 'The Falcon and the Winter Soldier' discussed incorporating Sam Wilson's comic ability to communicate with birds, but there wasn't "a way to do that right" in the series.

PROMOTION AMPING UP FOR THE MCU'S NEXT EPIC

These images show off the different aspects of this new show while being fundamentally attached to the first three phases of the MCU. This series is full of characters with a long MCU history: Sam Wilson, Bucky Barnes, Sharon Carter, Baron Zemo, James Rhodes aka War Machine, and maybe even more.

The images featuring Steve Rogers' shield displays two important plot points in this film. The loss of Captain America is going to be a huge hole to fill, and the struggle that Sam Wilson will face trying to fill it will play a role through the story. Throwing a fully vibranium shield is certainly easier when you're pumped full of super-soldier serum.

A few thoughts come to mind when observing the final image. The good-guy trio is all in casual clothing, no giant wings or serious firearms in sight. Despite the subtlety of their clothing, the surrounding scene seems to be in shambles.

A guess is that our heroes were caught off guard by some kind of attack, and they let a situation escalate and get out of hand before they could stop it. All three characters appear to be distressed, and that could be in part to lack of preparedness (where's Redwing when you need him) and the severity of the attack.

Sam Wilson seems to be taking the lead, as he is the only one that looks prepared to shoot and fight back. Wilson jumping in head-first may not be a one-time deal in this series. After all, Wilson was the one Steve Rogers trusted with his shield, and it's well-known that this series will continue the legacy Chadwick Boseman started in Black Panther with black superhero representation.

The journey begins when The Falcon and The Winter Soldier starts streaming March 19, 2021 on Disney+.