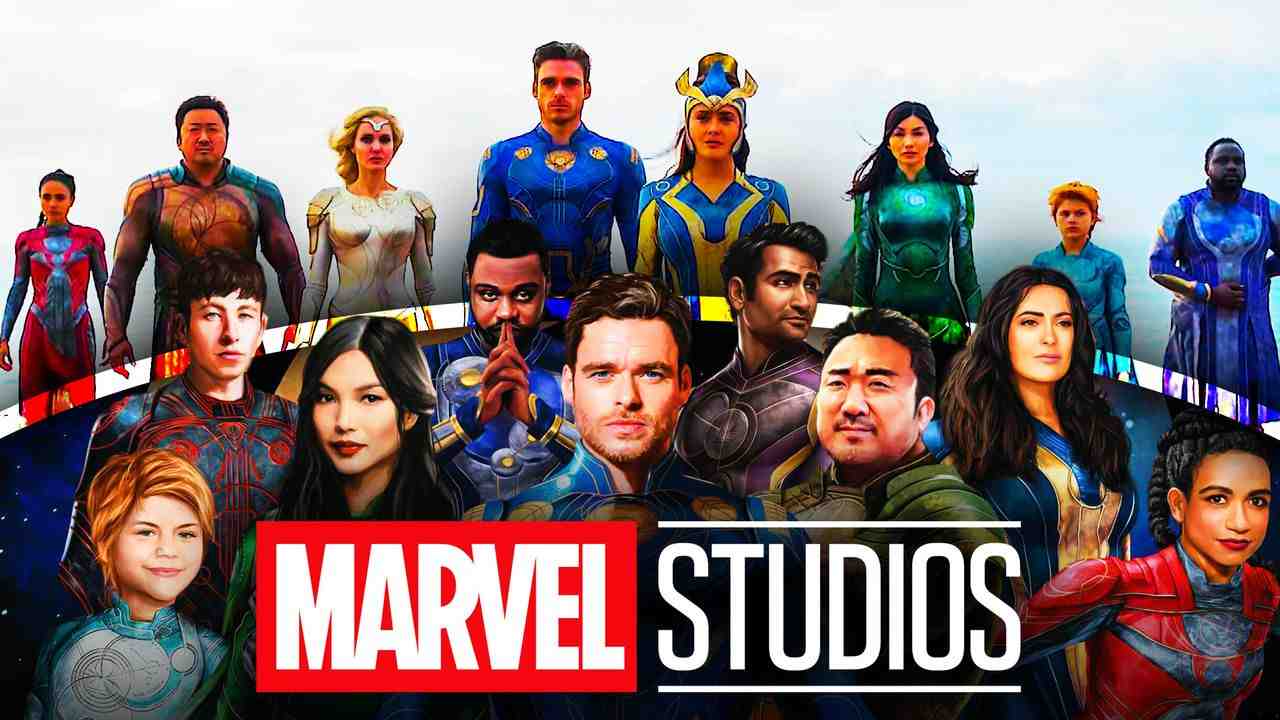 Marvel Studios' November release Eternals has built a considerable level of excitement over the past year by bringing the high probability of delivering a second MCU Oscar-winner into the mix.

Already being teased as major MCU players for years to come , Marvel's iconic team of immortals is set to take fans through thousands of years of Earth-based MCU history. Played by over a dozen of Hollywood's top names, Eternals is already receiving early praise and could be in line for some impressive accomplishments behind Oscar-winning director Chloé Zhao.

Thus far, the November release has only seen one full trailer teasing how the story will look on-screen and hinting at the relationships between key team members. With just under three months and at least two other MCU projects coming before this one, anticipation is building to see more of what Eternals will bring in terms of action and story.

Excitingly, a tease of more footage from Eternals has just come from someone who saw a new trailer for the film in theaters.

Josh Webb of The Marvel Report revealed that new footage has been added to an Eternals trailer that is currently playing in select theaters.

The trailer was said to show Lauren Ridloff's "Makkari using her powers" along with "more fight scenes" and "wider shots" of material that was used in the first full trailer:

"They showed Makkari using her powers, and during the sequence with the storm, they showed more fight scenes and wider shots of stuff they had previously gone closer on, like when they show up to Druig’s cabin"

In total , this new trailer reportedly showcased "about 30-45 seconds" of footage from Eternals that hasn't been released to the public yet:

"I would say there was probably about 30-45 seconds of new footage for the Eternals in the trailer I saw today."

A HINT OF MORE TO COME

Many times, the first couple of trailers from movies like Eternals will be largely the same but will add in material similar to what fans have already seen.

The biggest change from this new footage seems to be a look at the speedy Makkari in action . The first trailer gave a couple of quick shots of the deaf superhero speeding into the fray to stand next to her teammates, saving an innocent bystander from a falling column.

While it wasn't clear if Barry Keoghan's Druig was used more in this trailer , it appears that more of a tease was shown of his confrontation with the team this time around. Being one of the movie's core villains , he will certainly play a key role through the marketing campaign as more details come regarding his character and mission.

There's still the question whether this trailer will find its way online or remain in theaters. It does seem likely that Marvel will be picking up on promoting Eternals in some way soon.  With this movie only having What If...? and Shang-Chi and the Legend of the Ten Rings preceding its debut, Marvel Studios will certainly want to build up hype again soon for this outing.