On September 18, 2018, Variety reported that Marvel Studios was developing a Disney+ exclusive series centered on the MCU's Loki. Marvel Studios president Kevin Feige was set to serve as one of the series' executive producers. About two months later , Bob Iger, CEO of The Walt Disney Company, confirmed that the series was in development. The next day , actor Tom Hiddleston confirmed that he would be reprising his role as the God of Mischief in the series.

The Hollywood Reporter reported that Rick and Morty writer Michael Waldron would serve as the Loki series' head writer and showrunner, as well as the writer for the pilot episode. During last year's San Diego Comic-Con , Kevin Feige revealed that the series was scheduled to debut on Disney+ in the Spring of 2021. Feige also announced at Disney's D23 Expo that the series would consist of six one-hour episodes, directed by Sex Education director Kate Herron. 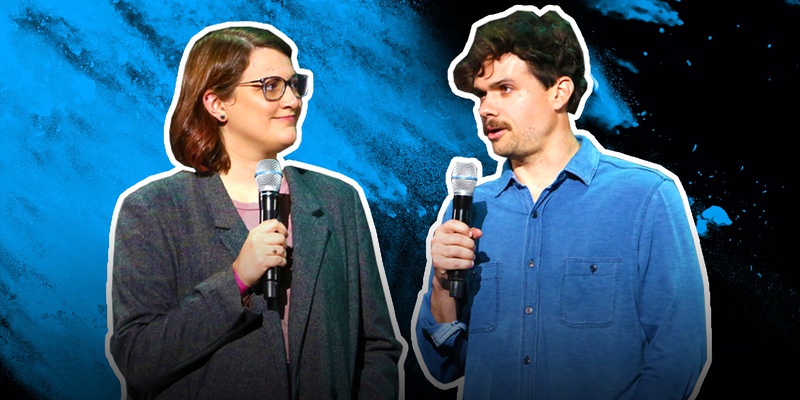 Before the end of last year , actor Tom Hiddleston revealed that the series had entered pre-production. Charles Murphy of Murphy's Multiverse later reported that filming would run through January to mid-June at Pinewood Studios in Atlanta and various locations in the United States. The series was originally scheduled to debut on Disney+ in early 2021 , but due to the coronavirus pandemic, The Walt Disney Company made the decision to pause production until further notice.

Marvel Studios president Kevin Feige confirmed at SDCC 2019 that actor Tom Hiddleston would be returning to play the titular character in the series. Actress Sophia Di Martino has also joined the cast in an undisclosed leading role, and actor Owen Wilson was cast in a major role. Actress Gugu Mbatha-Raw was also cast as the prominent female lead, and Richard E. Grant was cast in an undisclosed role, reportedly only appearing in one episode of the series. 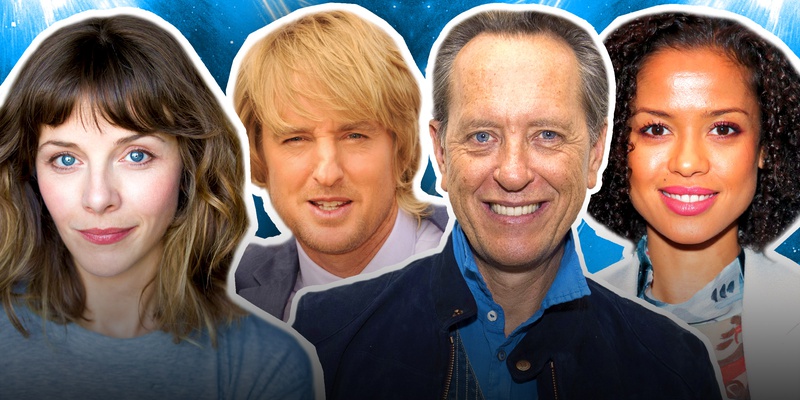 Actress Wunmi Mosaku has seemingly been cast as a member of the TVA (Time Variance Authority). IMDB Pro has also revealed that actress Cailey Fleming was cast as young Sylvie. It has been speculated that Fleming could be playing young Sylvie Lushton, a teenage girl that was made into a sorceress by Loki, and took on the name of the Enchantress in the comics.

Actor Tom Hiddleston has stated that the Loki series is "one of the most exciting creative opportunities" that the actor has ever come across. Hiddleston has teased that the series will be "a new departure for the character" as Loki will be "in a context you've never seen him in before. There's so much to explore that I haven't yet explored."

In Marvel Studios' Avengers: Endgame , Loki from the 2012 timeline stole the Tesseract and used it to escape Avengers' custody. At SDCC 2019, Marvel Studios president Kevin Feige revealed that in doing this, Loki created a new MCU timeline. Feige has also teased that the Loki series will explore what the God of Mischief did after escaping Earth's Mightiest Heroes.

In addition to this, actor Tom Hiddleston has revealed that the series will answer the question "is Loki really dead?" after being killed by Thanos in Marvel Studios' Avengers: Infinity War , and "what's Loki doing with [the Tesseract]?." Hiddleston has also teased that the God of Mischief still has "a lot of psychological evolution" to deal with after being "Hulk-smashed" by the mindless beast in Marvel Studios' The Avengers .

During Disney's 2019 Investor Day , Marvel Studios president Kevin Feige unveiled the first look at concept art from the series. It featured Loki walking the streets of an unknown city in the year of 1975, evident in the Jaws billboard that can be seen in the background. In the Disney+ documentary, Marvel Studios: Expanding the Universe, producer Stephen Broussard confirmed that the Loki series will feature "a huge time-travel component," and that there will be "a man on the run quality to it." 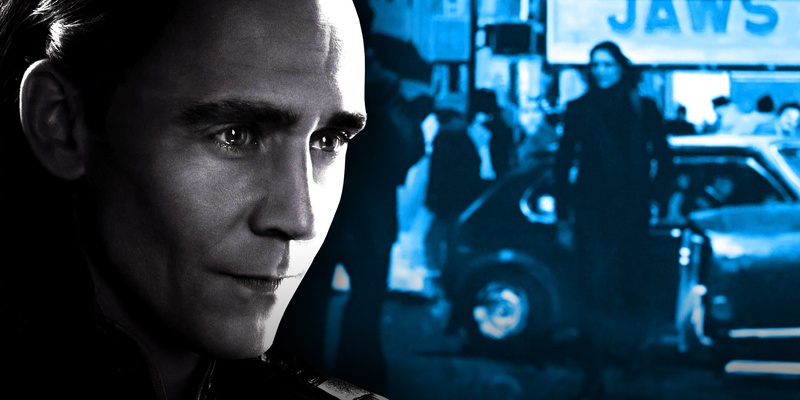 Actor Tom Hiddleston has stated that he is excited to present Loki "with new challenges," and change the character "in different ways," as he goes up against more formidable opponents, "the like of which he has never seen or known." In the 2020 Superbowl "Big Game" spot , Loki could be seen wearing a TVA shirt, as he vowed to "burn this place to the ground." The TVA (Time Variance Authority) in the comics is an organization that monitors for time and multiverse interference. IMDB Pro has also revealed that the series will feature the Minutemen, a cybernetic police force that was led by the TVA in the comics.

Atlanta set photos have seemingly confirmed that Loki and the TVA will eventually work together in the series, as actor Owen Wilson could be seen acting alongside actor Tom Hiddleston and members of the TVA. Set photos have also revealed a reference to Roxxcart, a potential offshoot of the Roxxon Corporation - one of the MCU's largest conglomerates. Actress Sophia Di Martino was also spotted on the set wearing a costume similar to that of Loki's.

Loki showrunner Michael Waldron has teased that the God of Mischief's "struggle with identity" will be the focus of the series. Producer Stephen Broussard has also revealed that the series will "explore more human sides of Loki," and producer Kevin Wright has stated that fans will "see [Loki] on his backfoot," as he will be "put in a position where he doesn't have all the answers and where he's been thrown a curveball by life."

Marvel Studios president Kevin Feige has also revealed that the events which occur in the Loki series will tie directly into Marvel Studios' Doctor Strange in the Multiverse of Madness , "I'm not sure we've actually acknowledged that before, but it does."

Charles Murphy originally reported that actor Tom Hiddleston would be the narrator of Loki's life story in the series, but more evidence to support this particular rumor has not come to light. The Hollywood Reporter has reported that the series will follow Loki as he pops up throughout human history as an unlikely influencer on historical events.

FandomWire has also added to this rumor , claiming that the Loki series will directly tie-in to Marvel Studios' Thor: Love and Thunder . The Loki series was to reportedly end with the God of Mischief using the Tesseract to bring his timeline's Mjolnir into the main MCU timeline. It was stated that this would lead to Loki making an appearance in Thor: Love and Thunder , and how Jane Foster becomes the Mighty Thor in the film. FandomWire has since deleted this report, suggesting that the rumor wasn't true, but when asked if Loki will make an appearance in Thor: Love and Thunder , director Taika Waititi recently said that he "couldn't say." 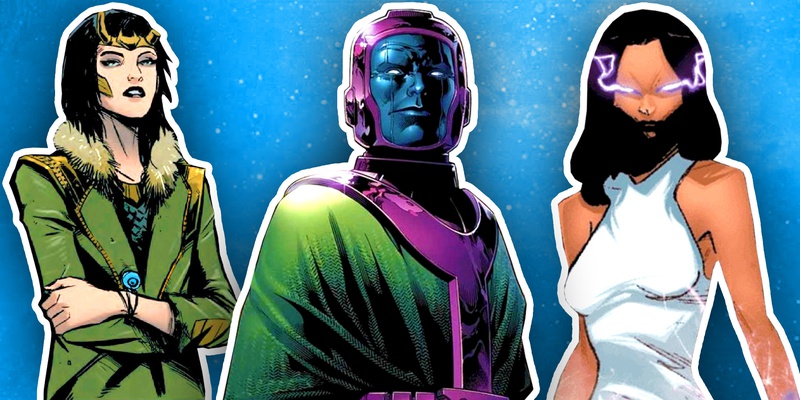 Deadline claims that "one source close to the production hints that [Sophia] Di Martino may in fact portray a female incarnation of Loki and, in effect, share the role with Hiddleston" in the series. Murphy's Multiverse also released a casting call , which suggested that Marvel Studios was looking to cast a British child actor to seemingly portray Kid Loki in the series. The Iluminerdi has reported that Marvel Studios was also casting a transgender actress to portray the MCU's first transgender character, Sera in the Loki series.

Full Circle Cinema claims that the series will set up the MCU's introduction to Kang the Conqueror. Bleeding Cool has also suggested that the series' production team had ordered material related to the Squadron Supreme, potentially suggesting that the team may make an appearance in the series. New character descriptions may have also revealed that the series will feature a "good-natured yet exhausted intern" and a "contentious and combative soldier" as two of the supporting characters.

According to Murphy's Multiverse , a new development in the production of the Loki series may also suggest that Marvel Studios is already planning a second season of the show.