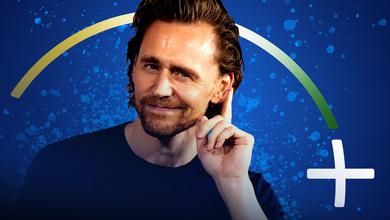 While both WandaVision and The Falcon and The Winter Soldier dominated conversations around the water cooler and online during their respective runs, Loki is the Disney+ series Marvel fans have been waiting for.

For this series, Tom Hiddleston is reprising his role as the God of Mischief. But it's important to note that isn't the redeemed Loki from Avengers: Infinity War.

This is the Loki who stole the Tesseract during the events of Avengers: Endgame and is being called upon by the mysterious Time Variance Authority to correct the chaos he unleashed during his time traveling escapades.

While Loki will clearly have a lot to do on screen, Disney has now announced that Tom Hiddleston is assuming an additional role behind-the-scenes.

In an official release from Disney, Loki's Tom Hiddleston is credited as an executive producer for his upcoming Loki Disney+ series.

However, this isn't Hiddleston's first time serving as a producer.

Loki will actually be Hiddleston's second producing credit with the first being 2016's The Night Manager mini-series.

Hiddleston has been playing the role of Loki since the original Thor film in 2011 and clearly knows this character inside and out.

The Loki series for Disney+, however, is the first time this particular character has truly been front and center. It makes sense for Hiddleston to want to play a role and contribute both on camera and off.

However, Marvel stars serving as executive producers, particularly those actors who have been part of the MCU for multiple films, might actually be an ongoing trend.

Scarlett Johansson who has been playing the Black Widow's Natasha Romanov since 2010's Iron Man 2 has also been credited as an executive producer for her own solo film Black Widow set to release on July 9.

Is this the role of executive producer a new option or the result of a contractual negotiation for tenured MCU actors? It's a question that may be answered as Marvel's Phase 4 projects continue to roll out.