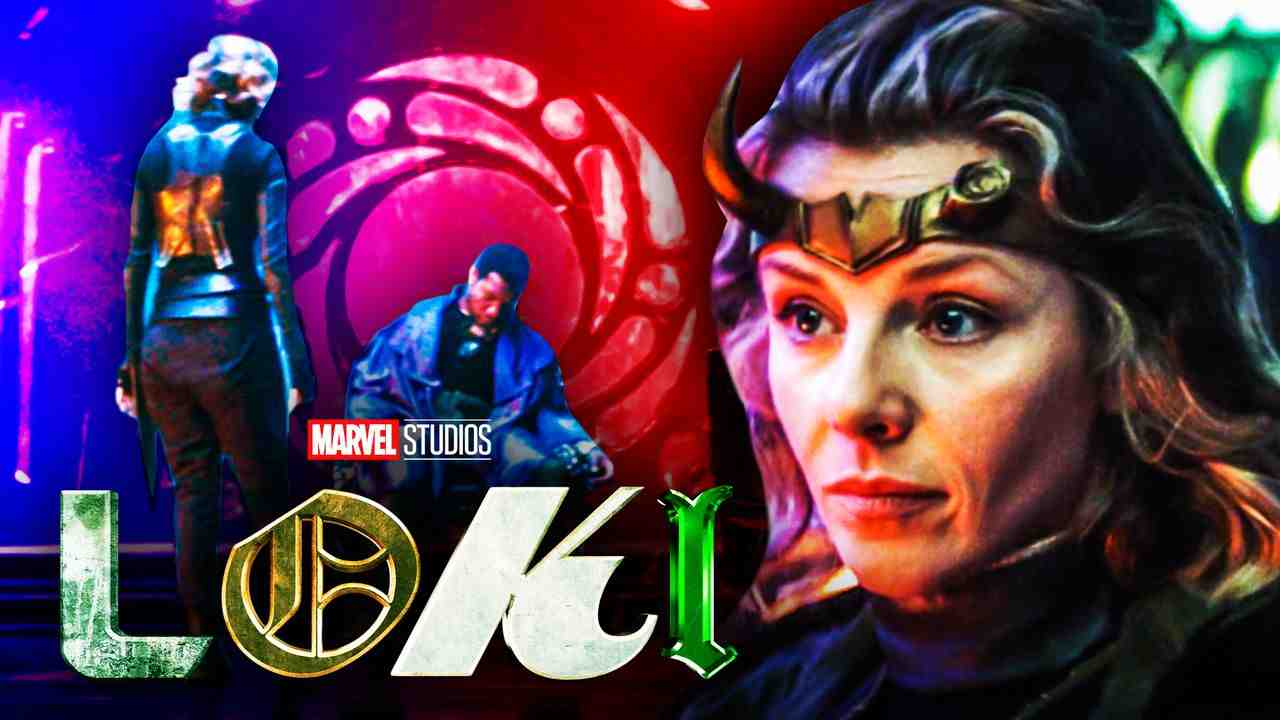 The Loki finale introduced massive ramifications that will greatly impact the rest of the Marvel Cinematic Universe, and this was due to the actions of Sophia Di Martino's Sylvie .

The character was officially introduced as a Variant of Tom Hiddleston's God of Mischief at the tail-end of the second episode of the series. After butting heads with each other, the pair was forced to team up when they both ended up on an apocalyptic event in Lamentis-1.

The accidental team-up between the two Variants created a romantic bond , which essentially kicked off a Nexus event that led to the pair's arrest. After escaping from the clutches of the TVA and discovering the fact that the Time-Keepers are fake, the romantic connection between the two grew stronger , but it was cut short due to the fact that Ravonna Renslayer pruned Hiddleston's Variant.

After ending up on The Void and meeting a plethora of Loki Variants, Sylvie and the MCU's God of Mischief teamed up with a redeemed Mobius and Classic Loki to take down Alioth, the guardian of the location of the true ruler of the TVA.

By the time of the finale, Sylvie and Loki finally met the powerful leader of the TVA who is unveiled to be Jonathan Majors' He Who Remains . The Variant of Kang the Conqueror gave the pair an overview of why the TVA was established, explaining that this organization needs to stay put to avoid another Multiversal War.

In surprising fashion, Loki believes that He Who Remains must live in order to stop the emergence of his dangerous Variants, but Sylvie doesn't approve since she is dedicated to stopping the TVA once and for all. After continued back and forths and a passionate kiss , Sylvie decides to kill He Who Remains, thus unleashing the multiverse in the process.

Now, Di Martino has opened up about her character's decision in a new interview.

After killing Jonathan Majors' Kang Variant, Di Martino explained that Sylvie was "left questioning everything" after the decision, saying that regret "definitely comes at some point:"

“She’s done it and she’s sort of waiting for the relief and the release and something to happen to make her feel a tiny bit better about things. And it just doesn’t come, and she’s left questioning everything. I think [regret] definitely comes at some point. I’m sure it will, because the whole conversation that’s just happened with Loki is almost like a misunderstanding. It’s just a bad bit of communication in a way, and then she’s left with the reality of what she’s done. There’s some big feels.”

The outlet pointed out that Sylvie reintroduced free will back into the universe after the whole ordeal while also ensuring the emergence of the dangerous Variants of He Who Remains across several timelines. The big question right now is if Sylvie is the one to blame regarding the chaos and multiversal madness that will impact the rest of the MCU.

Di Martino admits that she would "understand" if fans and even in-universe characters will blame Sylvie for the whole ordeal:

“I would understand that. But I guess we just need to wait and see what actually happens if he was telling the truth. I don’t know, maybe it will be entertaining!”

THE CONSEQUENCES OF SYLVIE'S ACTIONS

Throughout the first season, Loki revealed that Sylvie is hell-bent on taking down the Time Variance Authority . While the Variant did achieve this goal (momentarily), Sophia Di Martino's latest comments suggest that there is a sense of regret for Sylvie heading into Season 2.

The last shot of Sylvie in the finale shows the Variant as confused as before, and it will be interesting to see how the character will make up for her actions in Season 2. Di Martino's remark about Sylvie feeling overwhelming regret about what she's done could hint that this will be the character's main arc next season.

At this stage, it's reasonable to assume that Loki and Sylvie will be reunited at some point in Season 2 , but the exact way of how they will see each other again is tricky, especially after the fact that Tom Hiddleston's Variant ended up on a completely different timeline.

It's possible that Sylvie could find something useful at the Citadel at the End of Time to track down Loki, thus paving the way for the highly-anticipated reunion.

Based on what Di Martino pointed out, it seems that Sylvie will be apologetic by the time of her reunion with Loki, considering that the actress admitted that the conversation between the pair is "almost like a misunderstanding." Many would agree that Loki's reaction to seeing Sylvie again will definitely be worth the wait, and it looks like the pair will have a long conversation once that happens.

The Loki actress' acceptance of the blame towards the multiversal madness is pretty noble, and this could hint that Sylvie will do whatever it takes to fix her mess. This gives the Lady Loki Variant more story opportunities in Season 2 and potentially in other MCU projects moving forward .

The first full season of Loki is now streaming on Disney+.