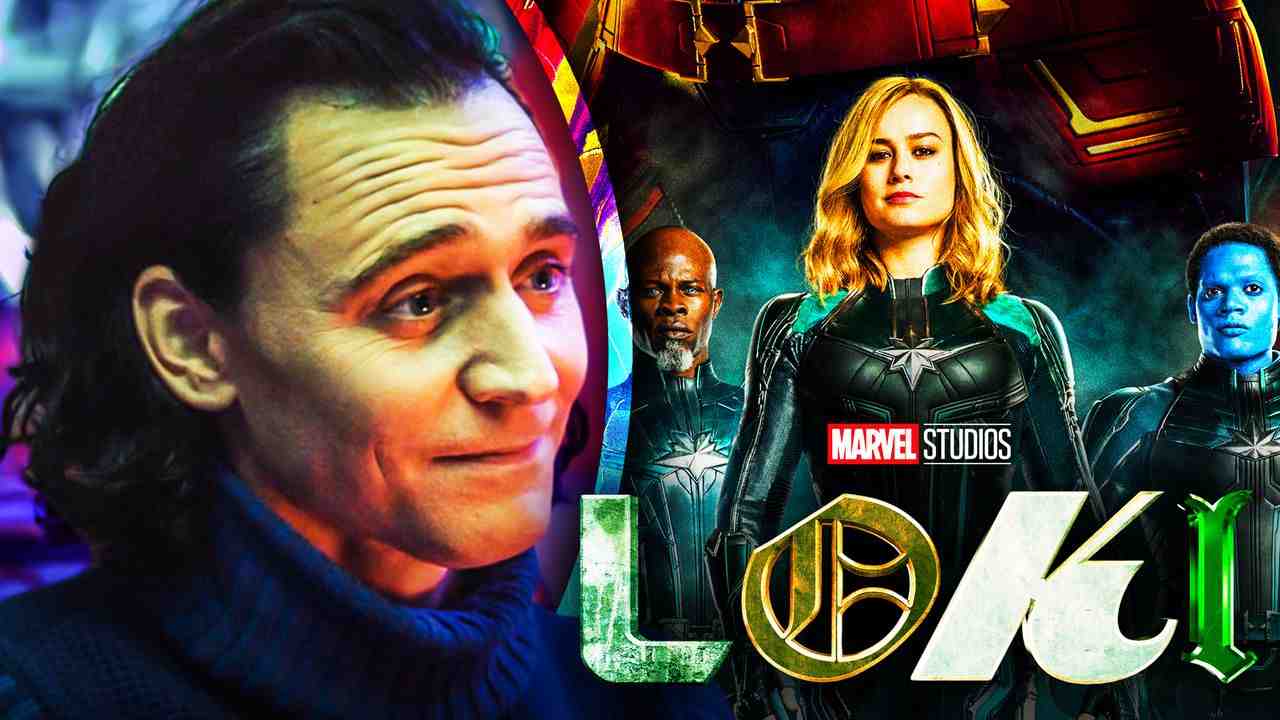 In the last week's episode of Loki , Tom Hiddleston's God of Mischief followed Sophia Di Martino's Sylvie through a Timedoor. Some fans had expected her to have run off to some other mysterious timeline or apocalypse, but this week's episode revealed the door ends up leading right back to the TVA.

As Loki attempts again to convince this Variant to join forces with him, a fight between them breaks out. Judge Renslayer arrives at their scuffle and attempts to prune both of them, only for Loki to pickpocket Sylvie's TemPad and open another Timedoor. They don't end up landing in the most ideal location and time period, but it still has some familiarity to comic readers.

END OF THE MOON AT THE EDGE OF KREE SPACE

Appearing only once in Marvel Comics in "Annihilation: Conquest Prologue," Lamentis is a planet "at the very edge of Kree space" and is one location used to explore the aftermath of the Annihilation War . That war follows Annihilus, an interdimensional tyrant, as he leads an invasion from the Negative Zone into the rest of the universe.

Loki and Sylvie adventure on Lamentis-1, one of Lamentis's moons. In Loki's confusion at the name, she specifies that it's, "The moon that planet is about to crash into and destroy."

Sylvie berates Loki further, telling him that, "Of all of the apocalypses saved on that TemPad, this is the worst!"

THE AFTERMATH OF ANNIHILATION

It's never shown or alluded to in this episode that Lamentis is within Kree space, but considering what fans have seen in Captain Marvel , it wouldn't be a surprise. The Kree Empire was vast, invading countless worlds under the pretense of them being infiltrated by Skrulls.

That was until Carol Danvers broke free of their control and seemingly took them down a peg, to the point that they had signed a treaty by the time Guardians of the Galaxy took place. Since the end of her debut film, Danvers has traveled the galaxy to protect other worlds that didn't have Avengers-like help, but it seems like despite her longevity as a Kree, Captain Marvel wasn't there to save Lamentis in 2077.

It could very well just be the series attempting to ratchet up the stakes as high as possible for audiences, but Sylvie certifies this apocalypse on Lamentis 1 to be second to none. It is certainly within the realm of possibility that this future, in 2077, could actually be depicting the aftermath of what will eventually be the adaptation of Annihilation in the MCU.

As much as the Marvel Cinematic Universe has succeeded over the past decade, it's hard to imagine that it will still be active by then. That said, it's likely that by the end of this show Loki will do something to disrupt the proper flow of time at the TVA. Perhaps this seemingly inevitable disruption could fast-track the timetable of this apocalypse several years and fans could see Annihilus attempt his take-over of the universe within the next couple of MCU phases.

All things considered, the principle of Occam's razor says that the writers likely just looked up planets in Marvel Comics and happened to pick Lamentis due to its lack of importance.

The latest episode of Loki is streaming now, exclusively on Disney+.