Justice League: Zack Snyder Says WB Is Keeping Him In the Dark About Snyder Cut's Performance 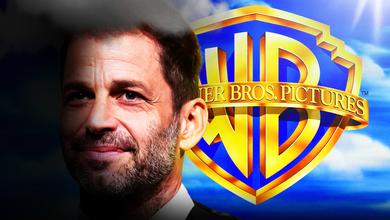 After more than a year's worth of teases and rumors, DCEU director/producer Zack Snyder had the opportunity to bring his full vision for 2017's Justice League to the world. This came in mid-March with the debut of Zack Snyder's Justice League, the four-hour director's cut that made waves through the fandom upon its arrival on HBO Max.

Snyder has been this movie's biggest supporter since the beginning, always happy to share his thoughts about what came to screen as well as teasing what was left on the cutting room floor (or in some cases, his own driveway). Through it all, the fan movement behind #RestoreTheSnyderVerse has been vocally active showing their support for Snyder, for which the director has shown gratitude at every turn.

Not included in that support right now is Warner Bros. themselves, which Snyder recently spoke about after the movie's success.

ZACK SNYDER BEING KEPT IN THE DARK

When asked if he'd heard from Warner Bros. about continuing his work, Snyder bluntly admitted that he "[hasn't] heard from them at all."

The director described his relationship with Warner Bros. as having "radio silence" after the movie released. As such, Snyder hasn't received any specific details regarding the viewership performance of his HBO Max release, though he did throw in that the movie "was #1 in the UK again" quite recently, information that was made public:

"Well, um…no. I haven’t heard from them at all! After I released the movie, I haven’t gotten a phone call. It’s been radio silence. I don’t…the only communication was [Warner Bros. CEO] Ann [Sarnoff]’s article after the movie was released, but that wasn’t directly to me, that was to the people. So I don’t know. As far as I’m concerned, let’s see what happens with Discovery, and that’s cool. Who knows? All I know is that as of yesterday, Justice League was #1 in the UK again, so…"

SUPPOSEDLY NO FUTURE FOR SNYDER WITH WARNER BROS

Once Zack Snyder left the initial production of Justice League in 2016, his future with Warner Bros. and the DCEU took an immediate turn towards the unknown. This became more than troubling considering the theatrical cut turned out to be such a critical and financial disappointment, especially after stories about Joss Whedon's reported abuse came out to the public.

Snyderverse fans have made it clear that the director should have the opportunity to finish his full vision with the DCEU, whether it means coming back to the canon movies or simply releasing sequels to Zack Snyder's Justice League on HBO Max. However, with every passing interview, that possibility seems further from coming to fruition.

Even with this movie's seemingly overwhelming popularity on HBO Max, there continues to be a disconnect between what the fans want and what Warner Bros. wants. That doesn't seem likely to change anytime soon, especially as the franchise's next slate of movies inches closer to debuting in theaters and on HBO Max.