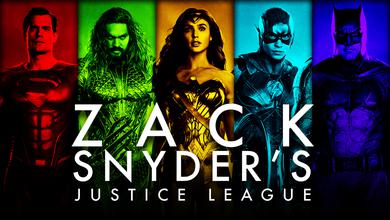 Fans are thrilled that the world is somewhat returning to a sense of normalcy with the release of blockbuster movies and TV shows, many that have waited for most of the past year to release. For now, however, this is largely happening via streaming services; leading the way in this department are Disney+ for Marvel material and HBO Max covering DC debuts.

March 2021 brought the long-awaited debut of Zack Snyder's Justice League on HBO Max, one of the most-watched premieres in the streaming service's existence.

The biggest downside to this release was that it didn't get a traditional theatrical run as most of its DCEU predecessors did, which has been the case with almost all movies that have come out during this time. With this unprecedented situation, fans have had to rely on streaming numbers for perspective on success rather than traditional box office numbers.

According to a chat with one of the Snyder Cut's producers, this is an interesting situation for the people that made the film as well as fans.

The Hollywood Reporter spoke with Zack Snyder's Justice League producer and wife to Zack Snyder Deborah Snyder about the lack of transparency in terms of viewing numbers for the streaming world.

While Snyder was certainly hoping to see a press release announcing the Snyder Cut's viewing numbers, she dove into how she's adjusting to the streaming world as a whole. In the end, she confirmed that her movies are "about telling stories and getting your stories to as many people as possible" rather than focusing on box office numbers:

"It’s about telling stories and getting your stories to as many people as possible. Yes, there might be an excitement about how it does. Everyone is a little competitive, but they are taking chances on films that would not be getting made. The studios are so focused on big IP and tentpoles, but there is a lot of other content the streamers are getting made that wouldn’t get made if it wasn’t for them. In my experience, the creative freedom and support along the way – not a fight – support — in the director’s vision, has been really great. In terms of the box office, yeah, it’s good to know, but you usually know if people like it or not."

Snyder kept focusing the attention on "completing Zack’s vision" for the film after the original movie "turned into something really ugly and distorted" following their family's tragedy.

Following through with the Snyder Cut to pay tribute to "the love from the fans for that film" was "an amazing experience" in and of itself, coming as "a nice way to get closure" and put forth the project they had always intended:

"HBO — it’s interesting that they haven’t reported the numbers, but there have been a bunch of articles saying how massive Justice League has been. For us, it wasn’t about that. It was about completing Zack’s vision. Something that because of our tragedy turned into something really ugly and distorted, and having a chance to set it right. The love from the fans for that film and for Zack’s vision and to be able to complete that vision was the why of it for us. That’s been an amazing experience to see people enjoy it and the love. We had been developing this world and Zack’s version of that world for over ten years. It was kind of a weird ending, or lack of ending. So for us, it was a nice way to get closure and also for people to see what it was meant to be."

FANS' LOVE IS ALL THAT MATTERS

The Snyder Cut was a major topic of discussion amongst DC fans for years after Joss Whedon's Justice League in 2017 turned out to be arguably the biggest theatrical flop in the DCEU. With Zack Snyder having left the project after a family tragedy, fans craved to see what the film would have been had he gotten to tell the story he'd initially planned out.

If this movie had received a traditional theatrical run, it would have been interesting to see how the box office results would have turned out. Even with the outcry from fans for its release, the four-hour run time would have certainly played a factor in the numbers as well.

Regardless of the numbers, Snyder seems happier about the fact that the Snyder Cut was released to the public than anything else. The #ReleaseTheSnyderCut movement more than accomplished its goal before moving to the #RestoreTheSnyderverse movement, but for now, Deborah Snyder is grateful that the work she and her husband put in finally had the chance to see the light of day.