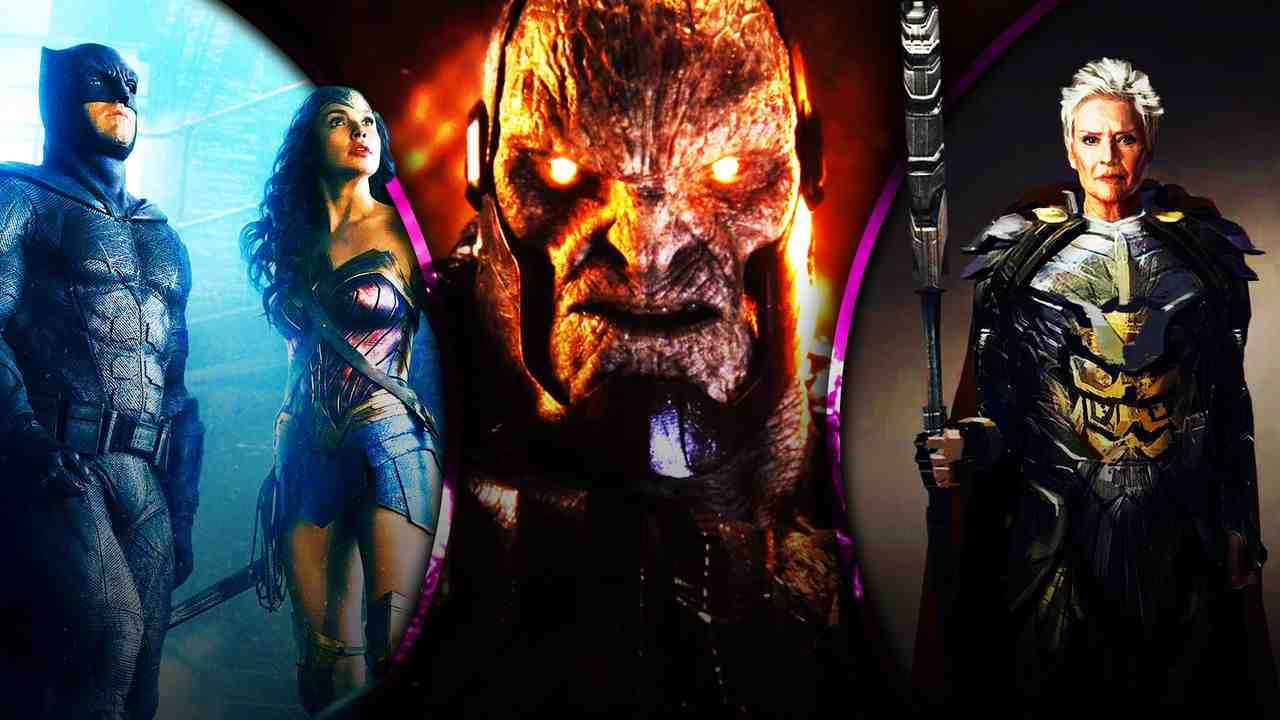 Zack Snyder's Justice League was packed with far more deep cuts from DC lore than Joss Whedon's original 2017 cut of the film . The director's take on the superhero team-up was a very different film from the original, setting up a much larger story to be explored over the years to come .

Possibly the biggest new addition was the appearance of the Lord of Apokolips himself, Darkseid . DC Comics' iconic big bad played a relatively minor role in the film, largely acting as the setup for Snyder's sequels that would've followed.

Alongside Darkseid came the big-screen debut of legendary Superman villain Granny Goodness , who previously made her only live-action appearance in several episodes of Smallville . The character had no speaking lines in the film, only sitting in the background on the world of Apokolips as a CGI addition, with no actress seemingly attached to the role.

Despite the insignificance of her cameo, Snyder created a totally new design for the villain that was barely been showcased, until now...

In a post on Vero , Zack Snyder has revealed a new look at Superman villain Granny Goodness in his cut of Justice League through a highly detailed piece of concept art.

Snyder captioned the post with a clever pun on the character's name “Granny oh my goodness,” before going on to say “thank you to Jojo for the Design.”

The glorious design shown in the concept art is extremely similar to what ended up in the final cut of the film as the director opted to base the character heavily in CGI, as shown below:

A FUN EASTER EGG OR A LARGER MASTER PLAN

It's hard to predict what exactly Zack Snyder was envisioning when he decided to use digital effects to create an entire character from scratch. Many fans have noted the clear resemblance to legendary British actress Judi Dench in the character's design, potentially suggesting the Academy Award winner was Snyder's dream casting for the villain.

With the Snyderverse having come to an end, DC fans will likely never know exactly what the filmmaker had in mind for the character. However, Goodness is never mentioned in the storyboards that outline the planned storyline of the Justice League sequels , meaning this brief cameo was probably just a one-and-done Easter egg.

Given the Apokolips despot is a fairly significant Superman villain, it's entirely possible she will still pop up in live-action down the line in a future solo film for the Man of Steel .