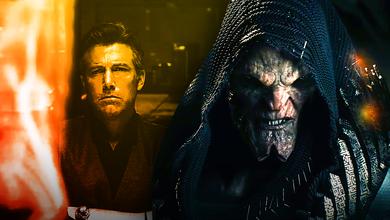 Just under two months remain until noted DC Extended Universe director Zack Snyder brings his vision for Justice League to life on HBO Max. The Snyder Cut has lived as a myth and urban legend for the majority of the last two years after the original movie released in theaters and it's been a hot topic of discussion since it was green lit in Spring 2020.

Through most of the last year, Zack Snyder has been fairly generous when giving out teases for what will be different in his version of the controversial DCEU team-up movie. This will include bringing in unexpected DCEU characters like Jared Leto's Joker, while finally bringing the iconic DC Comics villain Darkseid to life on the big screen.

In a response to Snyder's most recent tease, the director hinted at more of what will happen in the film with relation to its synopsis.

EVERYONE'S OWN POINT OF VIEW

On Zack Snyder's most recent Vero post, the director was asked if the upcoming villain Desaad has his own agenda in reference to the synopsis line: "...Steppenwolf, DeSaad and Darkseid and their dreadful intentions."

Snyder responded to this question by answering "Everyone's got their point of view."

Desaad is a notable supervillain from DC Comics who often holds a place as a follower of Darkseid, another lead antagonist in the Snyder Cut. He is known as Darkseid's master of torture, very reminiscent of Ebony Maw in relation to Thanos from Marvel Studios' Avengers: Infinity War.

Similarly to Darkseid, Desaad has not enjoyed any screen time in the movies that led up to the original Justice League. With both of them set to team up against the Justice League alongside a more intense version of Steppenwolf, the dynamic between this villainous trio will be something to watch out for in this four-hour extended cut.

While Steppenwolf's primary mission in the original cut was to gain control of the Mother Boxes to take over Earth, it's still unclear what the villain's plot is for the Snyder Cut. There is also very little information on his relationship with Darkseid and Desaad as they take on the film's heroes, but it's already set up as something completely different from how the 2017 release turned out.

The Snyder Cut of Justice League will release on HBO Max on March 18, 2021.