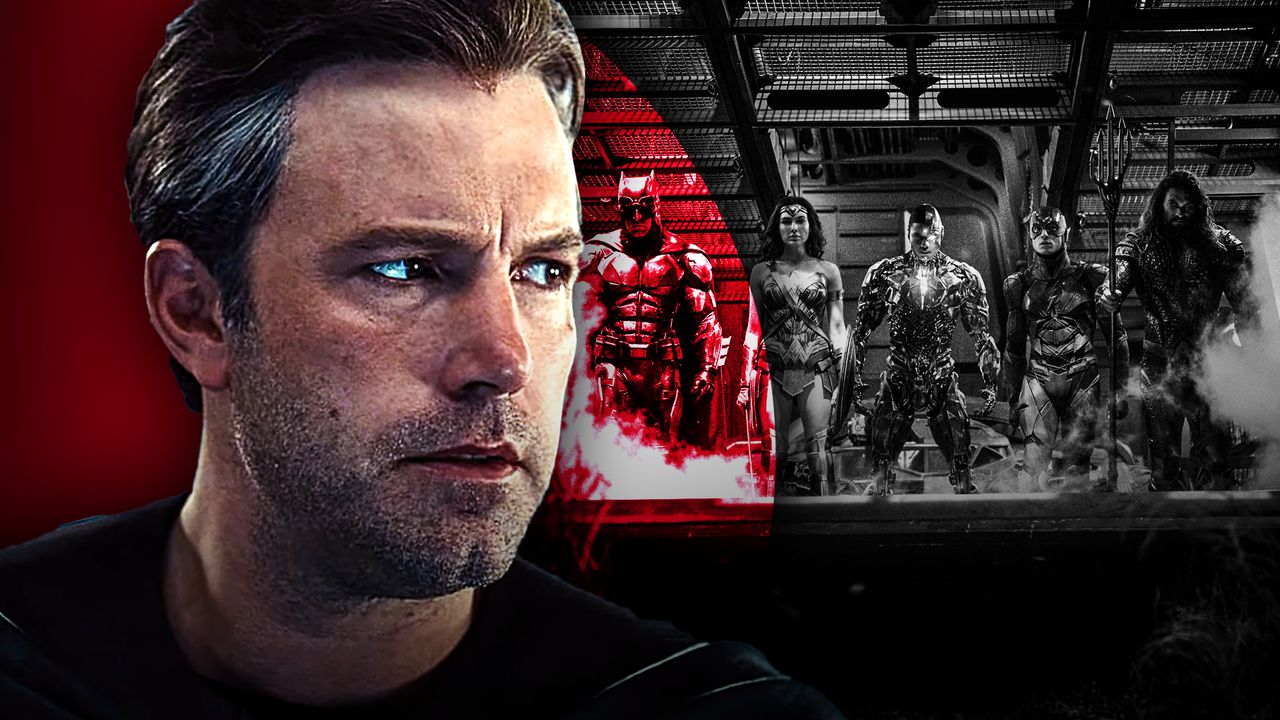 Warner Bros. and the DC Extended Universe can't seem to stay away from any number of difficult situations, even considering how diligently the team works to push out blockbuster superhero movies. The studio is currently reaping the benefits from Wonder Woman 1984's release on HBO Max and ramping up the promotional tour for the long-awaited Snyder Cut of Justice League in March.

Concurrently with these releases, Warner Bros. is still dealing with the fallout of multiple controversies, most notably the Ray Fisher vs. Joss Whedon debacle that has made headlines for most of the last six months. The fallout from production of Justice League trickled down into multiple areas of Warner Bros. and DC Films, effectively killing off a few previously planned follow-up projects and putting the status of the movie's stars in jeopardy.

One of these stars, who will be returning for an upcoming 2022 DCEU film, recently opened up on his own experience over the last few years.

In a recent interview with the Hollywood Reporter, DCEU star Ben Affleck spoke on a couple different topics regarding his time playing Batman.

Affleck explained that after so many accomplishments in the world of film, he wanted to take on the role of Bruce Wayne so that his kids could watch him in action:

"I did Batman because I wanted to do it for my kids. I wanted to do something that my son would dig. I mean, my kids didn't see Argo. Zack [Snyder] wanted to do a version of the Frank Miller Dark Knight graphic novel series, which is a really good version of that. Unfortunately, there are a lot of reasons why things go the way they do in the movie business, and just because your face is on the poster doesn't mean that you're dictating all of those things — and even if you were, that they would go well. I wore the suit to my son's birthday party, which was worth every moment of suffering on Justice League."

Expanding on his experience with 2017's Justice League, Affleck reveals that he turned to alcohol during filming due to how difficult it was to get through production for the DCEU team-up movie:

"I started drinking too much around the time of Justice League, and it's a hard thing to confront and face and deal with. I've been sober for a while now, and I feel really good — as healthy and good as I've ever felt. And the process of recovering from alcoholism has been really instructive. I think it's great for people who aren't alcoholics, you know? Like, 'Be honest. Have integrity. Take accountability. Help other people.' It's a good set of things that they teach you. It took me a little while to get it — I had a few slips, like most people — but I feel really good. If you knew how many actors and directors and writers were alcoholics or compulsive in some way — I mean, it's the most ordinary thing in the world in Hollywood. I've worked with actors who showed up drunk! And that was not me. I drank, like, alone in my living room and just passed out, like, with scotch. But I got sober."

Andy Muschietti confirmed the casting of Sasha Calle as Supergirl.
'The Flash' was reported to begin filming on April 26, 2021.
Ray Fisher revealed that he hasn't actually stepped down from the role of Cyborg in 'The Flash.'
See All The Flash News, Rumors and Leaks on DirectFact

The last six months have been filled with varying reports of everything that happened on the set of 2017's Justice League, as well as the effects that experience had on its leading actors. While Affleck doesn't go into detail on what specifically happened to him on the movie's set with director Joss Whedon, things seemingly got so bad and stressful that he slipped into being an alcoholic during this time.

Considering he originally took the role of Batman to give his family a movie they could enjoy and experience together, Justice League took him to a dark place emotionally, even though he mentions it happened in his home instead of on set. Thankfully, Affleck appears to have gotten through this tough bout, although it adds to the uncomfortable memories of what happened when Justice League was shooting. This also comes on top of the Joss Whedon/Walter Hamada/Ray Fisher saga, which recently came to a head with FIsher indicating his time as Cyborg may be over.

As for Affleck, he will reprise the role of Batman in 2022's The Flash. He is also set to star in the Snyder Cut of Justice League, although there is no word on how long he will continue with the DCEU.