The combination of an ongoing pandemic, a recession, and the drawing of attention to continued police brutality has reinforced the realization that systemic inequality is ever-present, and its repercussions reach far and wide. These factors highlight the disparity evident in our world today and holding those rightfully accountable. The entertainment industry is no exception, and the same goes for its prominent studios.

DC Entertainment and its parent company Warner Bros. have both made controversial decisions as of late in regards to their response (or lack there of) to a few of their cast members' involvement in troubling allegations. It should be an expectation, long before these recent events, that these studios acknowledge and respond accordingly when troubling details pertaining to their employees come to light.

Unfortunately, both DC and Warner Bros. have displayed a disappointing track record in responding accordingly to such circumstances and controversies. These are notable examples of errors by both, and the lasting implications reinforce why these same mistakes and mishandled responses cannot become a continued trend overall. 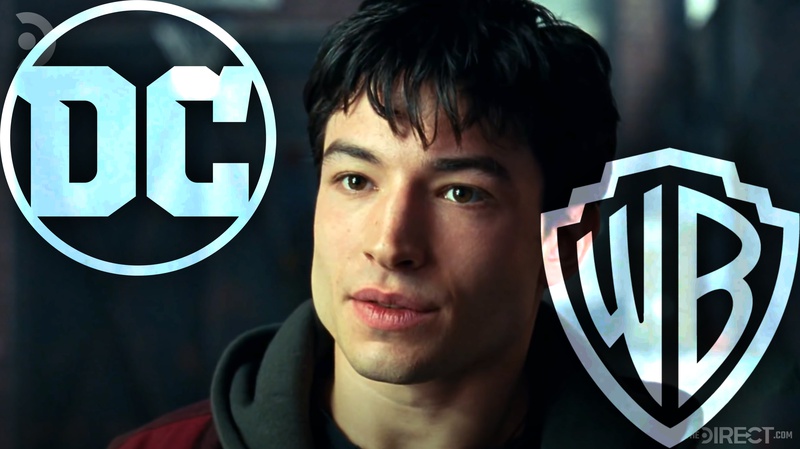 Back in April of this year, a disturbing video emerged and made its way across social media and the larger web landscape. The video appeared to show Flash actor Ezra Miller choking a female fan and throwing her to the ground at a bar in Iceland.

With little context known when the video emerged, Variety has since spoken to a witness at Prikio Kaffihus, the bar where the incident took place and identified the individual in the video as Ezra Miller, noting that the Justice League star is a regular at the establishment and other witnesses also recognized the actor.

In the following months, DC and Warner Bros. have yet to officially respond to the now confirmed incident, even as fans have called to petition for Miller to be fired from his Flash role. DC has yet to craft a response, however, Ezra Miller is confirmed to attend the upcoming DC FanDome set later this August.

As is the case when videos such as this one surface and trend across the internet, its important first and foremost to get sufficient context. As was reported in the updated Variety article, witnesses confirmed that the individual was actor Ezra Miller, and that he did confront and choke one fan in particular. The report also notes that the fans at the bar were "quite pushy", likely leading to the confrontation.

There are two sides to the story, yet the confirmed truth now is that Miller did in fact confront, choke, and throw a female fan to the ground. With these details, first and foremost there has to be a response, from both Miller and from the likes of DC and Warner Bros. As an employee, his actions are a reflection of not only himself but the company he is employed by. The fact that he is an actor and carries celebrity status naturally raises the level of significance.

A statement would be the essential response, and yet both DC and Warner Bros. have opted to go silent rather than acknowledgement. From a certain point of view, to remain silent means to downplay the occurrence in its entirety, and that proves even more detrimental.

Adding to the inadequate response is that Ezra Miller was listed on the attendee list for the upcoming DC FanDome event, as if DC and Warner Bros. were to insinuate that amid the these new details, everything will proceed as normal.

Ezra Miller's celebrity status brings a heightened level of coverage of commentary, but it shouldn't give him a pass either. 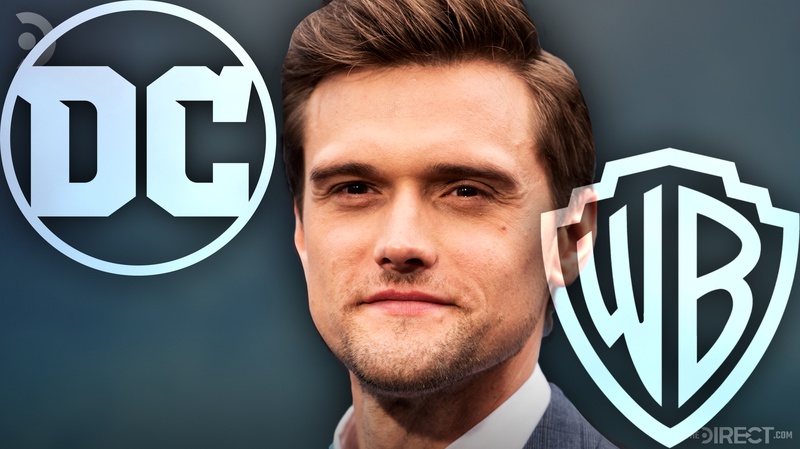 In June, Hartley Sawyer was fired from The Flash CW television series after Twitter posts he made from 2009 to 2014 were resurfaced, containing both racist and misogynistic messages. Actress Skai Jackson tweeted screen grabs of said tweets from Sawyer, commenting “Hartley Sawyer, you have been exposed…” In the aftermath, The CW, alongside Warner Bros. TV, released a statement, shared through The Hollywood Reporter , announcing that “Hartley Sawyer will not be returning for season seven of The Flash.”

The statement further added, "In regards to Mr. Sawyer's posts on social media, we do not tolerate derogatory remarks that target any race, ethnicity, national origin, gender, or sexual orientation. Such remarks are antithetical to our values and policies, which strive and evolve to promote a safe, inclusive and productive environment for our workforce."

The Hartley Sawyer situation and ensuing events drew comparisons to that of James Gunn and Marvel Studios. Gunn severed ties and was fired by Disney after old tweets, similar in derogatory nature, were resurfaced. Gunn apologized for his past behavior and offensive jokes, and was subsequently fired from his directorial duties on Guardians of the Galaxy Vol. 3. Eventually he was reinstated after meeting with Alan Horn, Chairman of Walt Disney Studios.

Sawyer's resurfaced tweets and firing from The Flash is another example of whether past behavior should be firmly indicative of the individual in the present, a discussion best suited for another time. Ultimately, The CW as well as Warner Bros., reiterated that Sawyer's past behavior did not align with their values and policies. It is also key to highlight that while Sawyer expressed remorse for his past behavior, he did not outright refer to the resurfaced tweets.

In the end, if Warner Bros. television truly felt that Sawyer's past behavior is significant enough to warrant his termination, than they must keep their word in ensuring that no behavior is allowed that violates their mission to "promote a safe, inclusive and productive environment for our workforce," as their statement outlined.

And yet, their actions in the next example seem contradictory to said statement. 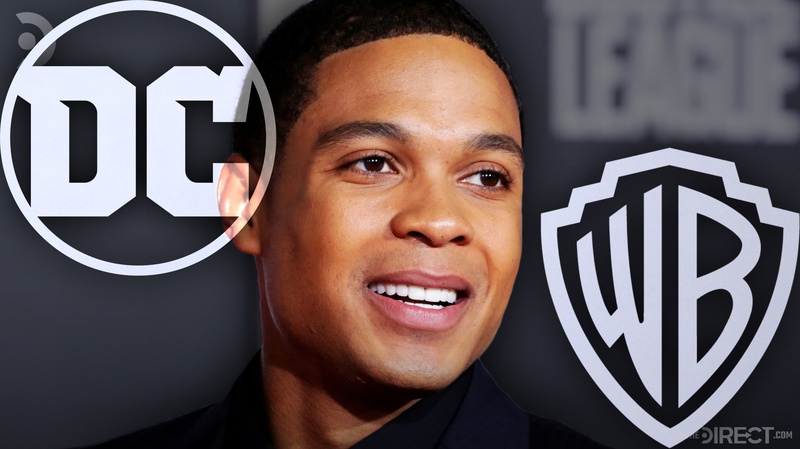 Early in July, Cyborg actor Ray Fisher alleged that Joss Whedon’s treatment of the cast and crew on the Justice League film was “gross, abusive, unprofessional, and completely unacceptable" . He also alleged that producers Geoff Johns and Jon Berg enabled Whedon’s behavior. Since his original tweet, Fisher has reinforced his allegations , noting that “every single one of those words, every single one of those comments, is true.”

Just recently, Ray Fisher took to Twitter once again to go in-depth on his treatment while working on the set of Justice League , providing explicit details surrounding producer Geoff Johns . Johns allegedly summoned Fisher to his office and belittled both the Cyborg actor and his agent in response to him filing his grievances. Johns allegedly made a veiled threat to the actor’s career.

While Joss Whedon has yet to comment on Fisher’s claims, the actor was noticeably absent from the announced guest list for the upcoming DC FanDome virtual event being held later this month. If Fisher does end up making a surprise appearance at Zack Snyder's Snyder Cut panel, this would come from an invite from Snyder himself, not from Warner Bros. or DC.

Ray Fisher's allegations took the media by storm given that it has been nearly three years since Justice League was released theatrically. But given the circumstances surrounding our world today, there has been a heightened intent to highlight mistreatment in any form, including within the entertainment industry. What is troubling about Fisher's allegations is that according to him, they were not only ignored but enabled from the higher executives and producers.

If the allegations are true, which Fisher is adamant they are, than those actions are indicative of Warner Bros. enabling a toxic and destructive work environment. And yet, according to Warner Bros. television statement in response to Hartley Sawyer's firing, the company does not tolerate any behavior that enables a toxic work environment.

Is there a double standard at play here for Fisher, who is Black, versus those that are non-persons of color? Warner Bros. television was quick to respond to Sawyer's situation, and yet in a similar trend, has remained silent on Fisher's allegations towards Joss Whedon and Geoff Johns.

If there were a platform where Fisher would likely comment further on the matter, it would be DC's FanDome, and yet Fisher is noticeably absent from the attendee list. The same cannot be said of his Justice League co-star Ezra Miller, who, despite being involved in a physical altercation with a female fan, is confirmed to appear.

What Needs to Change at DC & WB

These three examples highlight the missteps taken by both DC and Warner Bros., and it is evidence of decision making that proves contradictory in the larger sense. These three examples are not the only ones , from Johnny Depp to J.K. Rowling, DC and Warner Bros. both continue to fumble opportunities to acknowledge and address controversies with their talent and creatives in a better way.

Keeping silent is doing no good in trying to move in the right direction, and more accurately, it's one of the root causes for many of the problems surrounding systemic inequality today. Turning a blind eye only enables the issue at hand.

The first step is addressing the issues at hand, from Ezra Miller's altercation to Ray Fisher's allegations of abuse on the production set. Then, if Warner Bros. and DC are true to their word in ensuring that a safe and productive work environment is the core mission, than they must take reasonable actions that carry out that goal, from the top down.

That means preventing executives from enabling troubling behavior and allowing your employees to express criticisms that are warranted, rather than silencing them. The world is working towards creating a new normal, and we all have to do our part in keeping progress moving in the right direction.

DC and Warner Bros. is no exception, and they must start by taking the integral first steps in moving towards that goal.