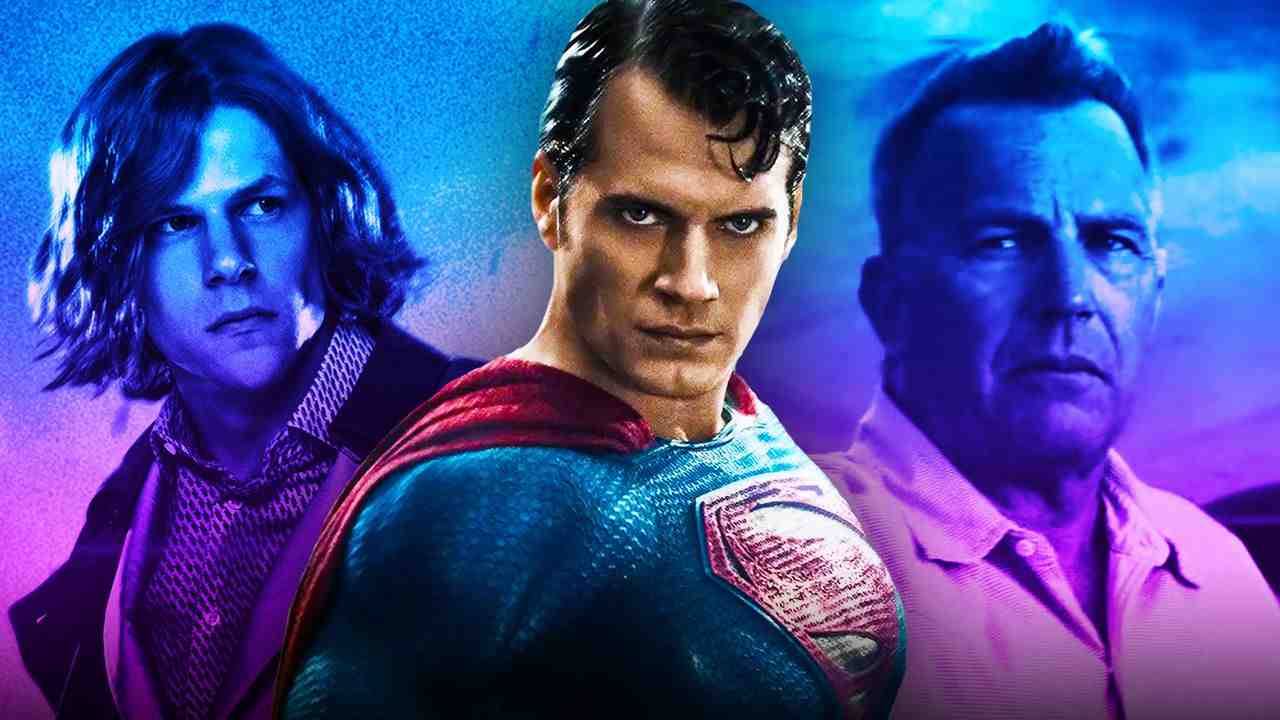 Zack Snyder's Justice League is set to bring the director's original vision for the DC universe to a close . When the original cut of the film was released in 2017, Snyder was forced to step away during post-production due to a family tragedy. The result of this was huge changes being made to the movie he was trying to make, arguably leading to its critical and financial failure.

Despite this, the dedicated fan base has held strong with their support for Snyder and the darker DC world he was trying to create. It's clear that despite the divisive reception to his past DC work, the Snyder fans have held strong for years now, even managing to wish this new cut of the film into existence through social media outcry.

In 2012, Marvel managed to pull off the ultimate team up in The Avengers, bringing together all the heroes of the MCU for a long-awaited crossover. Years later, Justice League was intended to do the exact same thing for the DCEU. As such, the film naturally would have included plenty of callbacks to those which came before it.

Granted, the road to Justice League was nowhere near as long as The Avengers with only three films coming before it. Zack Snyder began his universe by debuting Superman in Man of Steel. Originally, the director intended to follow up with a standard sequel, however, this quickly transformed into Batman v Superman: Dawn of Justice — which introduced Ben Affleck as Batman, and Gal Gadot as Wonder Woman.

Lastly, the studio released Suicide Squad under David Ayer which was largely disconnected from the world. All around, most agree the studio didn't provide enough setup for the characters going into the team up — with three members of the team making their first appearance in Justice League.

Despite this, it seems Snyder still intends to callback to what came before it in his new cut of Justice League , based on some familiar quotes found in the latest trailer .

Today saw the release for the first major trailer for Zack Snyder's Justice League . Four years later, it seems the director's original vision is almost ready to release, and some voiceover lines in the trailer may be hinting towards a previously unannounced character making an appearance.

During a sequence of shots showing a destroyed Gotham City, a Batman v Superman quote from Jesse Eisenberg's Lex Luthor is can be heard. He says: “Out in the dark among the stars... the god is dead.” Obviously, this is referring to the death of the godlike figure Superman which took place in the concluding moments of Batman v Superman.

Luthor has already been confirmed to appear within the movie in several new scenes . Eisenberg previously appeared alongside Joe Manganiello's Deathstroke in the post-credits scene of the original cut , however, the film is said to expand his previously minor role.

Far more interestingly is the use of a quote from Jonathan Kent from Man of Steel alongside an old picture of the character. Kent's line, “You were sent here for a reason. And even if it takes you the rest of your life, find out what that reason is,” echoes as the camera focuses on the photo before showing the slow-motion scene involving Barry Allen saving Iris West during her car crash.

The character was played by Kevin Costner in his first appearance but died in a flashback to Clark Kent's childhood. Costner then returned for a minor role in Batman v Superman. Costner has been heavily rumored to return to Zack Snyder's Justice League and this emphasis placed on the character in the trailer may add further credence to those rumors .

DO THESE LINES MEAN ANYTHING?

While it's entirely possible these lines are being used to tease cameos in the movie, it's also possible Snyder is simply using past dialogue that hinted towards his endgame plan for Justice League . However, as it has already been confirmed Luthor will appear in the film, it's entirely possible Kent will too, either through flashbacks or a vision.

Jonathan Kent was a strong father figure to Clark when he first arrived on Earth. So, it'd make a lot of sense for him to return in some capacity for what may well be Henry Cavill's last appearance in the blue tights — as no further appearances have been officially announced yet.

One thing is for sure, Costner is an incredibly talented actor and with so many other incredible actors rounding out the cast of this four-hour epic, he would be a welcome addition to the line-up even if it is only for a brief cameo.

Zack Snyder's Justice League will drop March 18, exclusively on HBO Max in the US — with announcements on international release plans still on the way.