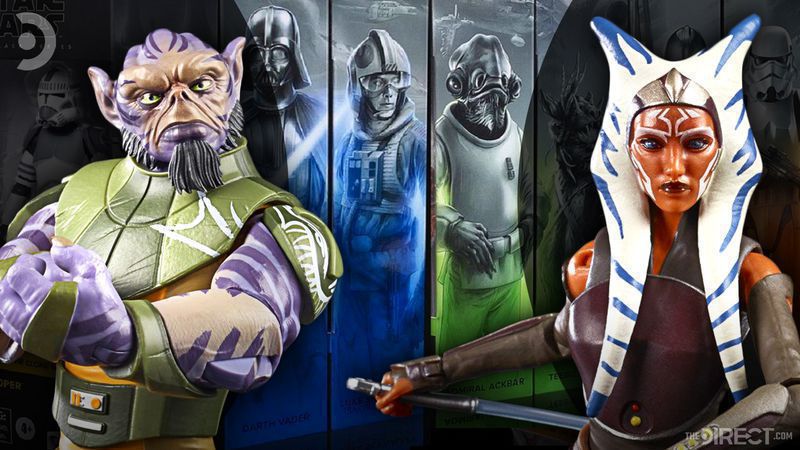 The popular Star Wars action figure line 'The Black Series' from Hasbro has been running faithfully for around seven years now. The line, which has brought a great many new and classic Star Wars characters to plastic life, has seen some notable improvements over its lifespan. One of these major advancements was the introduction of 'Photo Real' technology that enabled Hasbro to create pitch-perfect likenesses by literally 'printing" a photo of an actor onto a figure's head.

And while there are still some glaring character omissions in the toy line, Hasbro has been chugging away to fulfill most fans' wishlists.

Additionally, these new figures mark the introduction of a newly refreshed packaging design with custom art on the side of the box.

Have a look at the new figures and packaging below along with links to pre-order each figure in the wave: 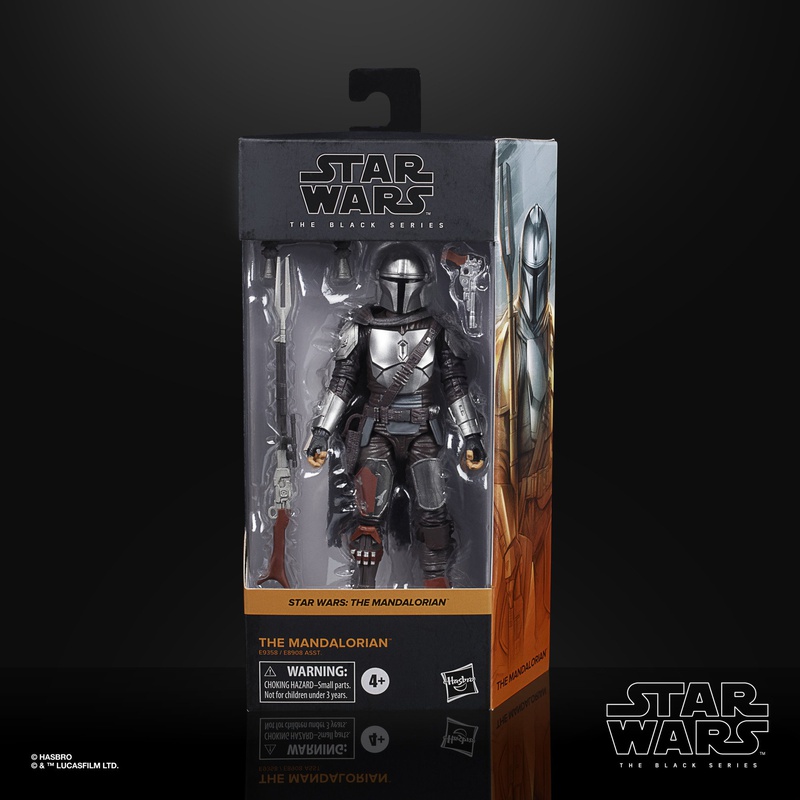 First up, we have the Mandalorian himself decked out in his Beskar armor from the latter episodes of season one of the hit Disney+ series. He comes complete with his long rifle and his blaster pistol and even appears to include his jetpack, which is hiding in the upper portion of the packaging. Pre-order here. 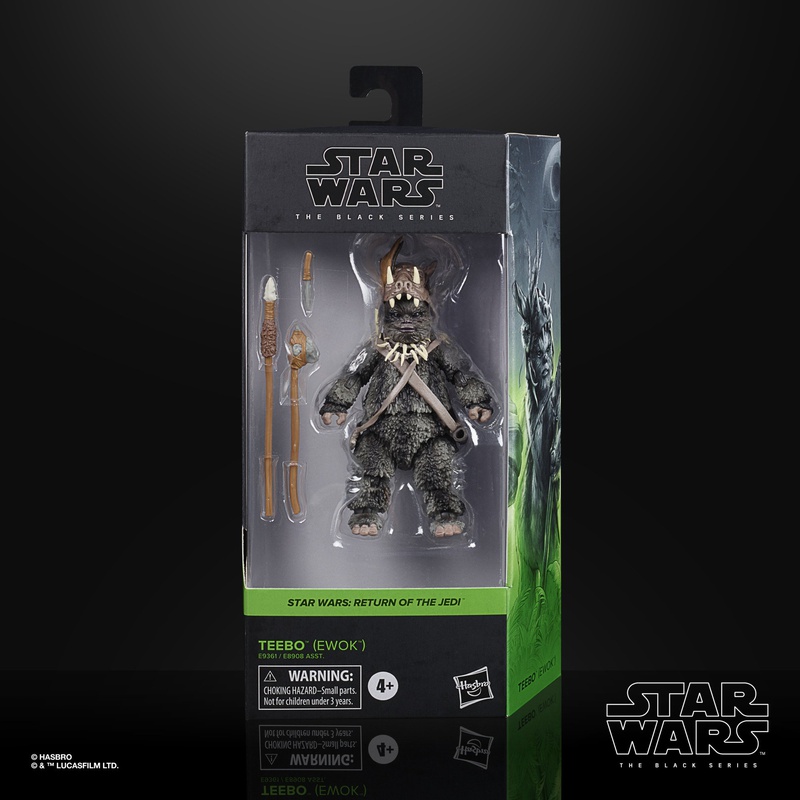 Coming up second, there's the Ewok, Teebo. This is the very first Ewok figure to be produced in the Black Series line and as you might expect, he comes armed with a spear, as well as a club and small dagger. Pre-order here. 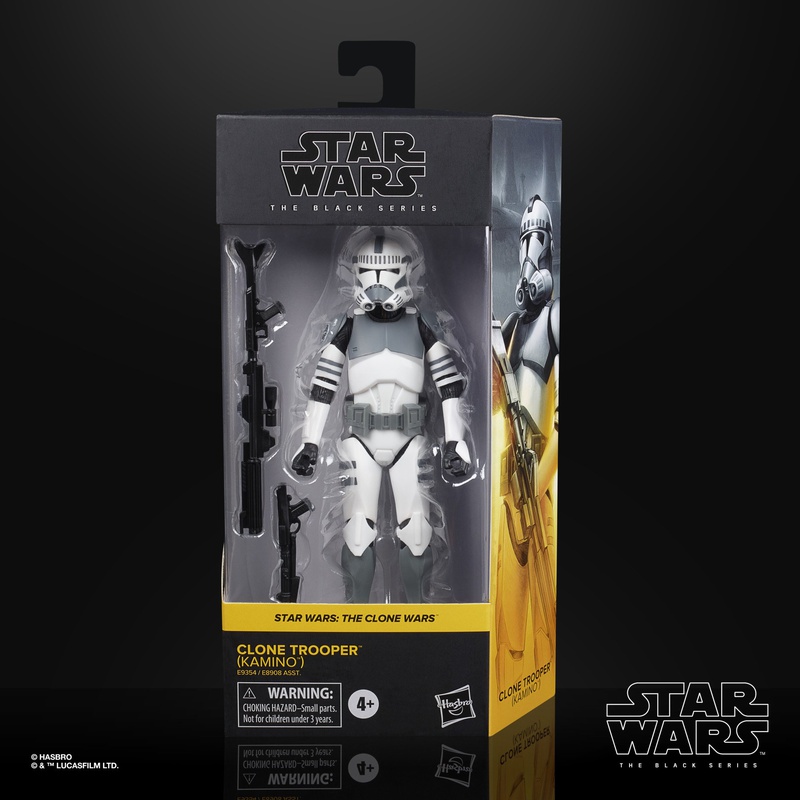 You can send in the clones with this new variation on the standard, Phase II clone trooper armor. The Kamino Clone Trooper is packed in with two blasters and is ready to provide security for the cloning facilities on the Planet Kamino. Or at least ready to stand on your shelf looking cool. Pre-order here. 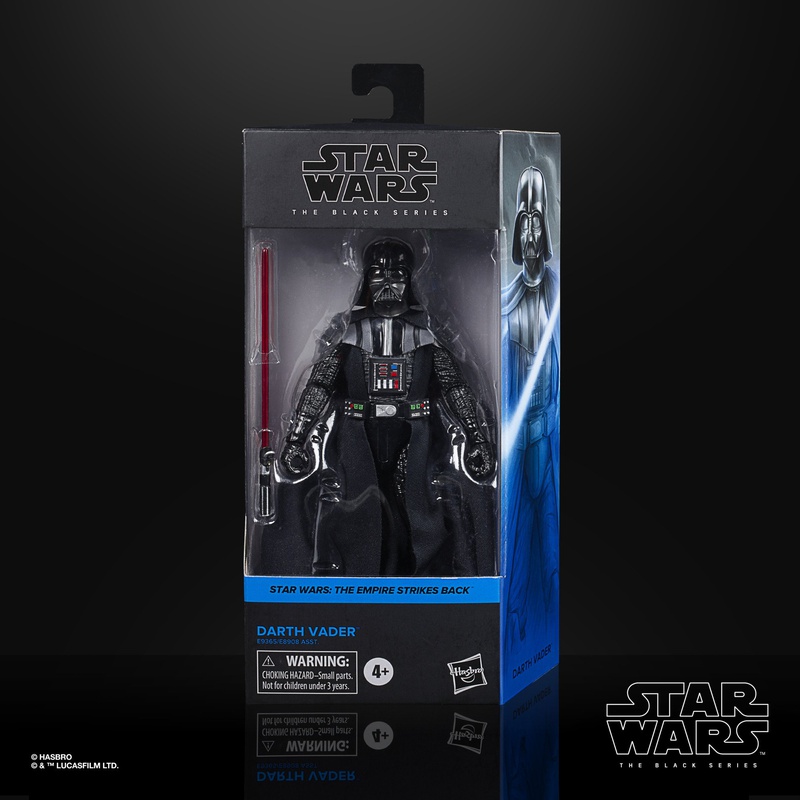 The Dark Lord of the Sith will have arrived in your collection with this Empire Strikes Back version of Darth Vader. This figure features an all-new sculpt, soft goods cape and his classic red-bladed lightsaber. Pre-order here. 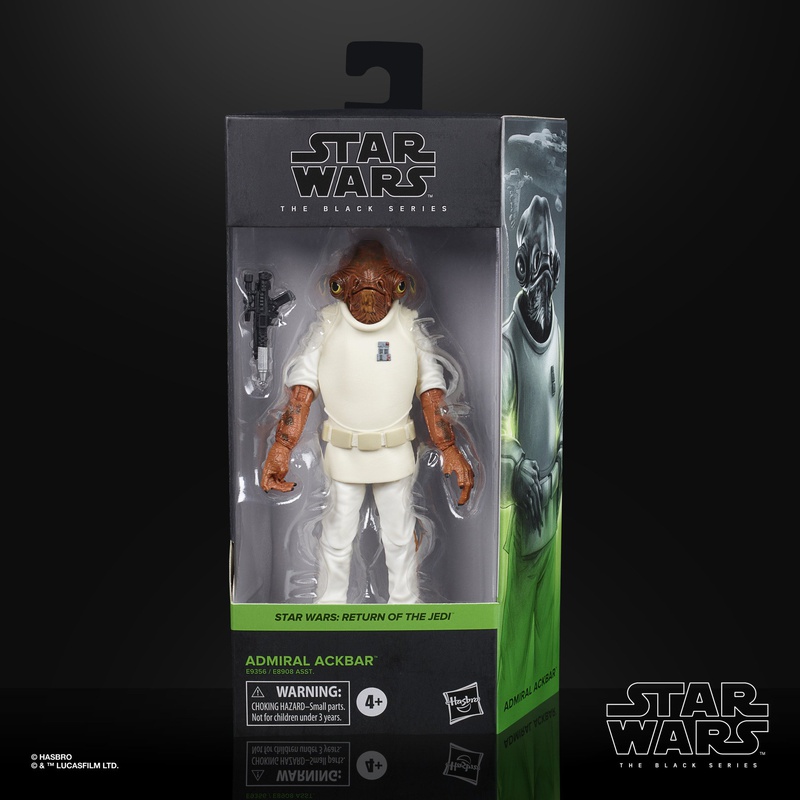 It's definitely not a trap, because it's only an action figure. This figure of Admiral Gial Ackbar is decked out in his Return of the Jedi gear, and is ready to tell the rest of your collection that at that close range, they won't last long against those Star Destroyers. Pre-order here. 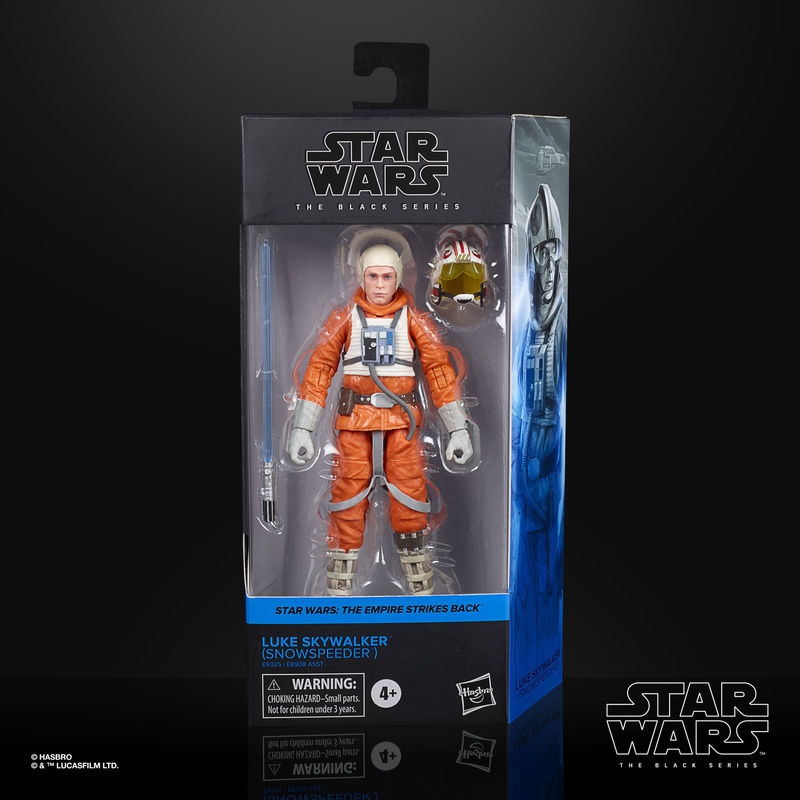 Luke Skywalker is ready to pilot your soon-to-be-released, in-scale Black Series Snowspeeder vehicle along with the ill-fated Dak Ralter. Luke comes with his helmet and a blaster and his ready to command Rogue Squadron on the icy Hoth battlefield. Pre-order here. 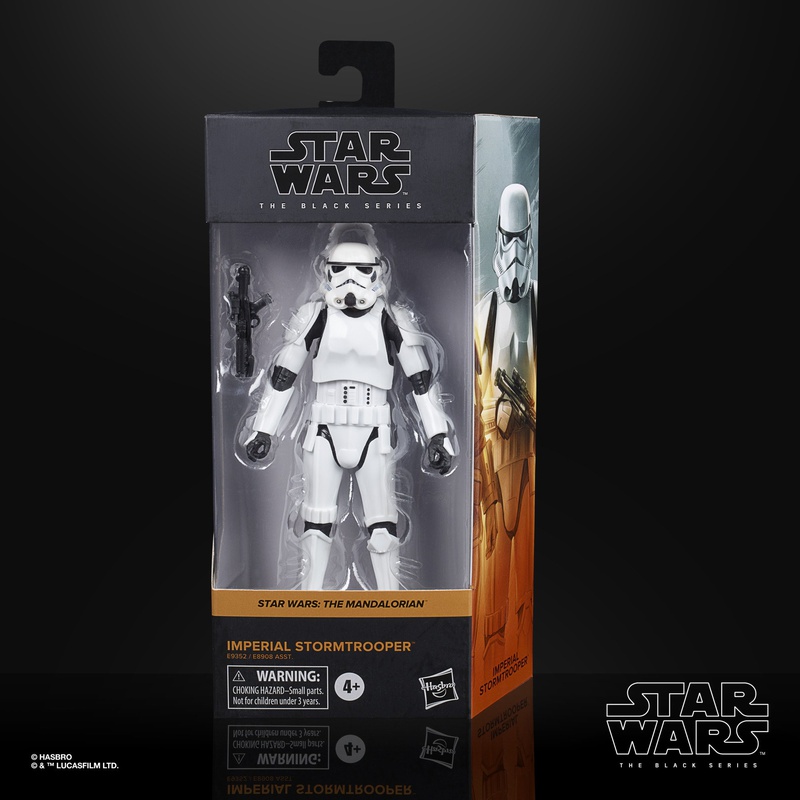 This all-new Stormtrooper hails from The Mandalorian series, but you're going to want to use him as your standard, all-purpose cannon fodder in your collection, as he features a completely redone sculpt and enhanced articulation. Pre-order here. 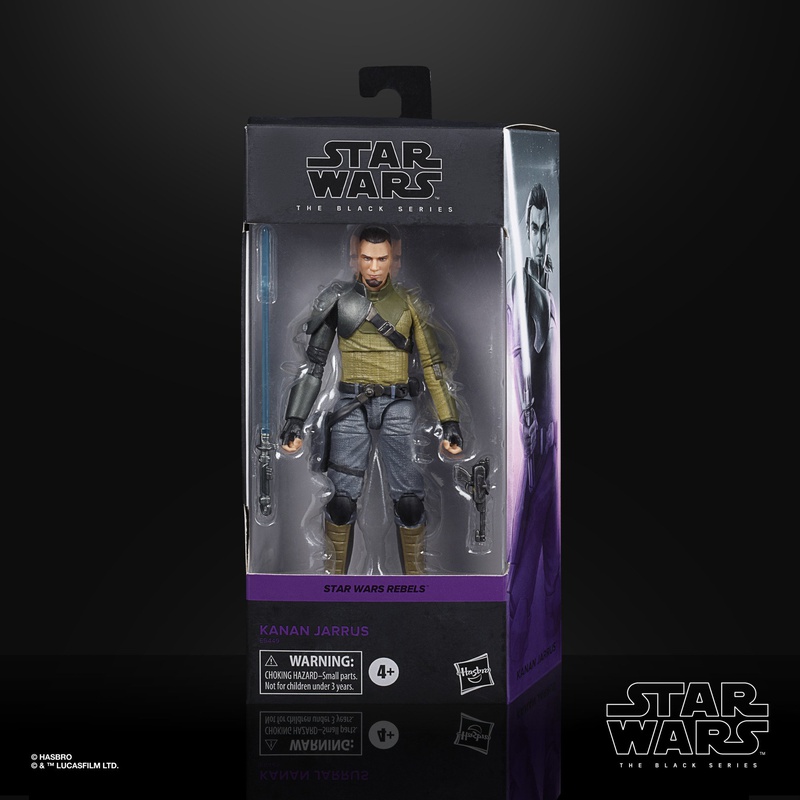 The Ghost Crew have arrived with this re-release of former Jedi Padawan, Caleb Dume, aka Kanan Jarrus. He arrives packed with his blaster pistol and his lightsaber. Pre-order here. 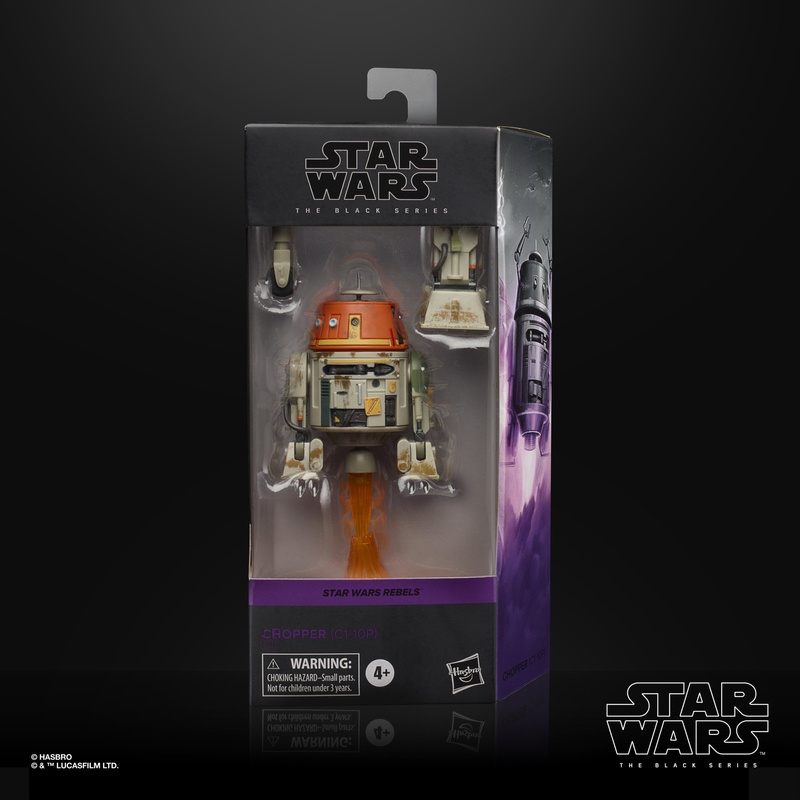 The grouchy, grumbling astromech droid can be yours with this re-release of C1-10P, aka "Chopper". Chop comes complete with extendable arms, a jet booster and the leg he was after in the season two Rebels episode, "The Forgotten Droid". Pre-order here. 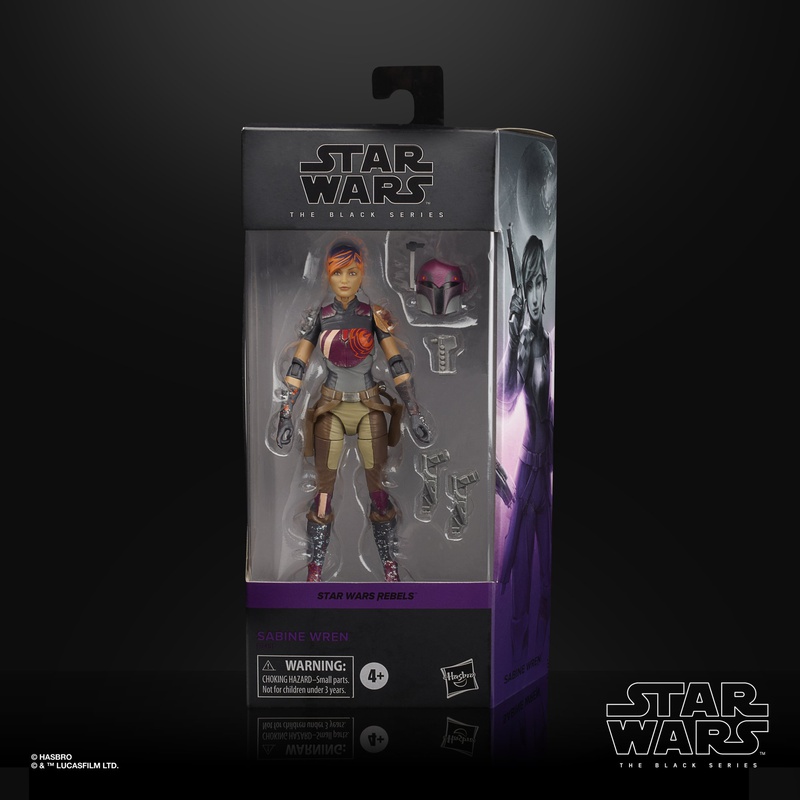 Sabine Wren is ready to cause some explosive chaos with this re-release of her Black Series figure with Photo Real tech. The figure comes decked out in her custom painted armor and is packed in with her trademark Mandalorian helmet, two blaster pistols and her spray paint/detonator tool. Pre-order here. 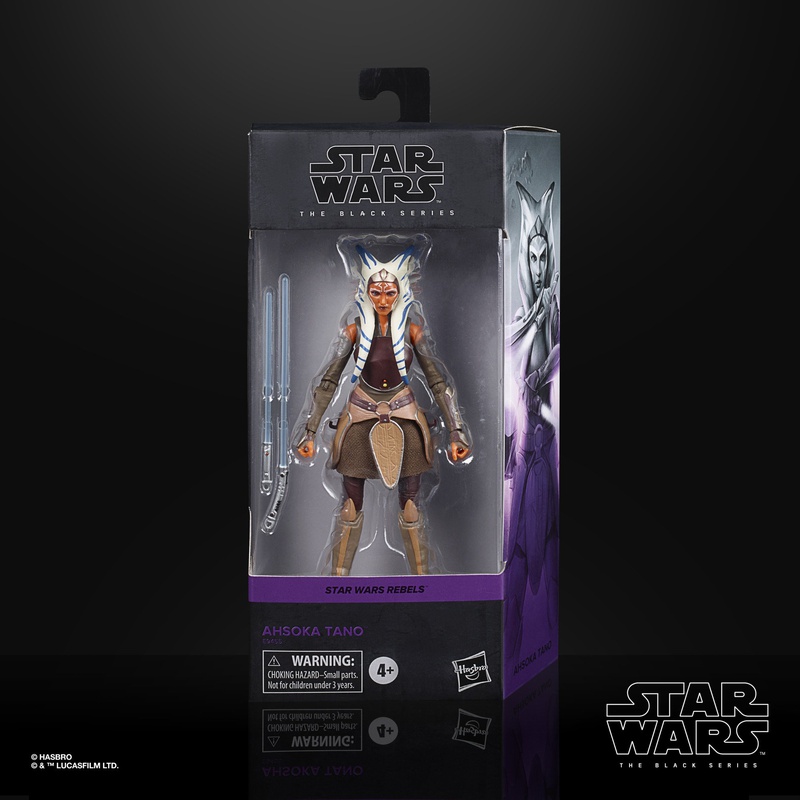 Fulcrum herself, the former Jedi Padawan Ahsoka Tano, has unfinished business with her old Master. Pose her ready to take on Vader in a fierce lightsaber duel. Pre-order here. 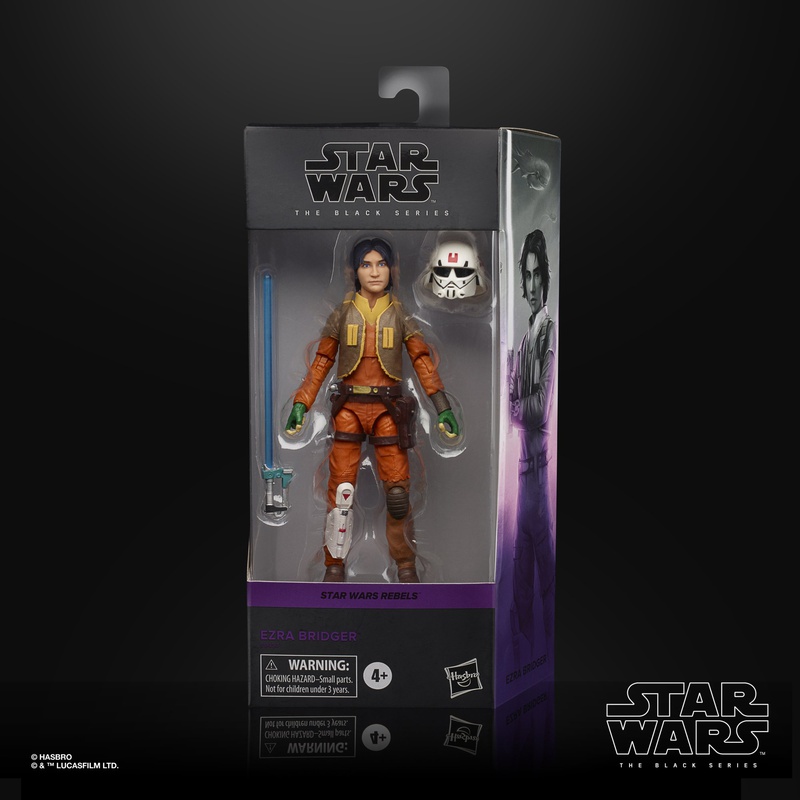 Young Ezra Bridger here comes complete with his combination blaster/lightsaber and an Imperial Cadet helmet. You can have your Kanan figure teach him the ways of the Force. Pre-order here. 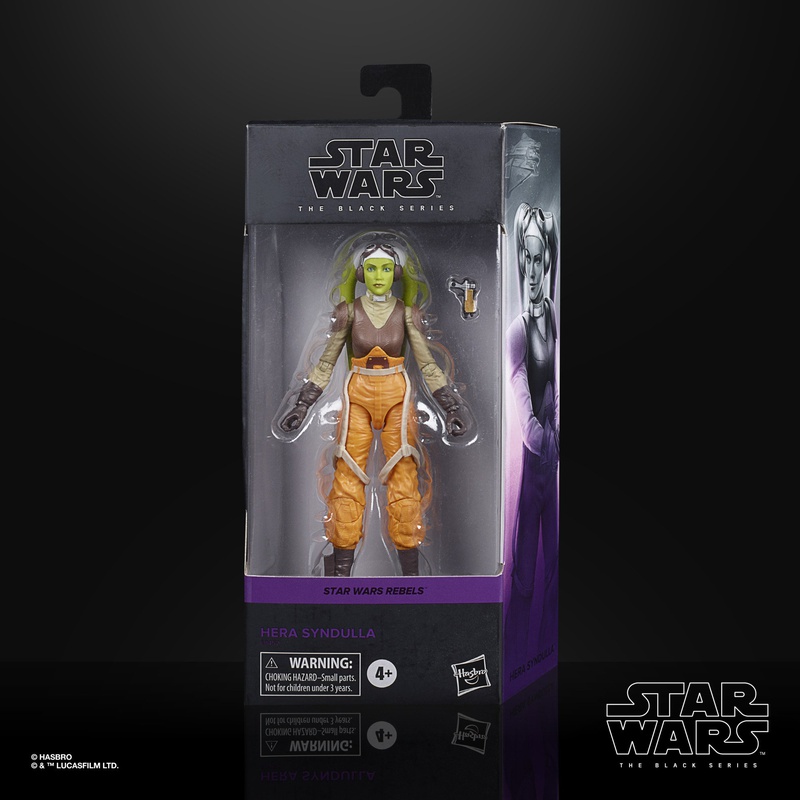 Come in, Spectre-2! Hera is ready to pilot your figures out of any danger they might find themselves in with this re-release with new Photo Real tech applied to the head. Pre-order here. 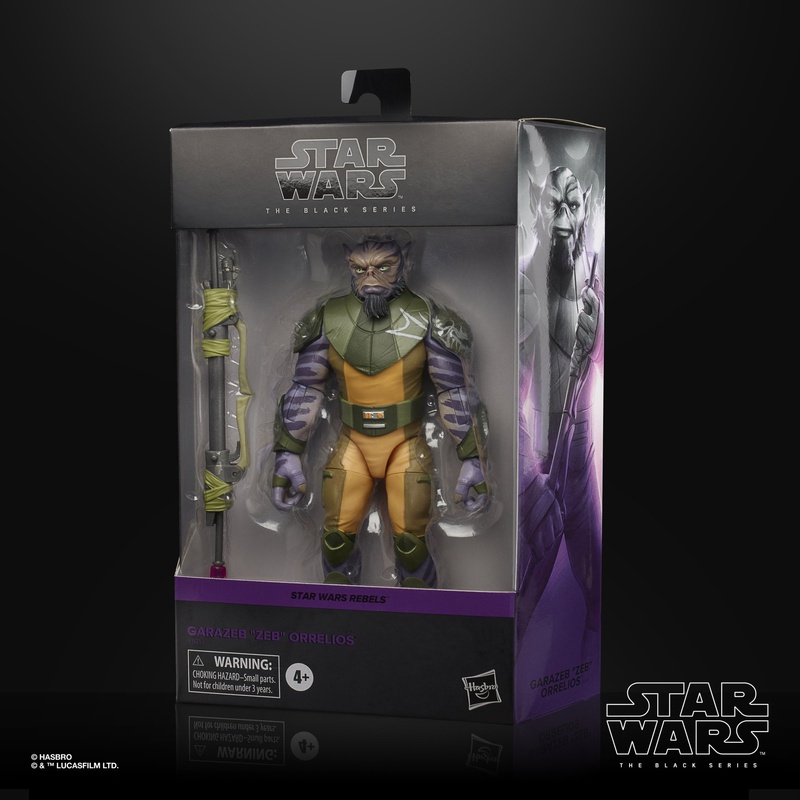 "Aww, karabast!" Which is what you won't be saying, because this all-new from the ground up 6-inch scale figure of Zeb from Star Wars Rebels is certainly one that fans have been waiting for. He includes his bo-rifle from his time in the Lasat Honor Guard. Pre-order here.

Star Wars fans young and old will surely have a blast adding these new six-inch scale figures to their collections. There's certainly an excellent variety of characters to be found here.