For the first time in the almost-13 year history of the MCU, audiences are about to get a deep dive into two of its most veteran characters. After the development delivered from Elizabeth Olsen's Wanda Maximoff and Pal Bettany's Vision in WandaVision , Sam Wilson and Bucky Barnes fans everywhere are on the edge of their seats to see what we are getting in The Falcon And The Winter Soldier.

In what is sure to become MCU on Disney+ tradition, the Marvel community is expecting a deeper look into the former Captain America sidekicks than ever seen before. But it needs to be remembered that Sam Wilson has been a part of this franchise since the beginning of Phase 2, and Bucky Barnes even longer than that.

Before looking ahead at the future of Anthony Mackie and Sebastian Stan, The Direct has decided to look back on the top moments of these two heroes throughout their decade-long run. 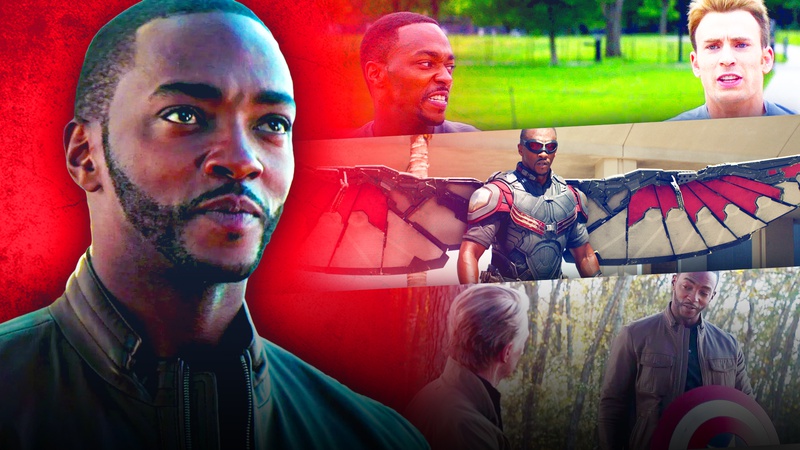 Sam Wilson's introduction into the Marvel Cinematic Universe unknowingly gave audiences one of the most memorable and repeated lines in the history of the franchise. Fans everywhere chuckled when Sam first meets Steve Rogers as the super-soldier politely laps him time and time again in a job around the nation's capitol in Captain America: The Winter Soldier . And those same fans stood up and cheered when Mackie returns the favor to Cap upon returning in Avengers: Endgame .

"I Never Said I Was A Pilot"

Right away it is clear that Steve and Sam have a connection and that is why Cap turns to Sam when he and Natasha are desperate. This is when it is learned that not only is Sam more than a standard para-rescue soldier, but he also shows that loyalty is and will remain one of his most important values. And then the first look of Sam Wilson in the EXO-7 Falcon wings that will get better and better every time they show up on screen.

Sam Wilson has been the prototypical sidekick throughout his six movie appearances so far in the MCU. That made him the PERFECT cameo for the small-scale story that is Ant-Man. In an underrated showing of world-building, moviegoers got to see Sam acting as a member of the New Avengers on security detail at Avengers Compound, which was just teased in the previous movie, Avengers: Age of Ultron.

"His Name Is Redwing"

And in what is arguably or most complete look of The Falcon in action, the opening scene to Captain America: Civil War shows members of The New Avengers working as an absolute unit! Highlighted by some incredible team-up from Falcon and Wanda Maximoff, Black Widow, and Captain America himself. And not only is this a taste of the high-octane action sequences sure to be featured in The Falcon And The Winter Soldier, but it is also where fans meet Wilson's drone-bird sidekick, Redwing.

After years together as New Avengers, Secret Avengers, and friends, Sam Wilson and Steve Rogers have one of the strongest friendships in the MCU. So when Cap decided to take one for himself, go back and time and live his life with Peggy, it made sense that he gave his shield to the man who had been by his side, no matter what, willing to always do what is right. This is the moment that leads Wilson into The Falcon And The Winter Soldier. How will Sam respond to receiving the legendary mantle that is Captain America? 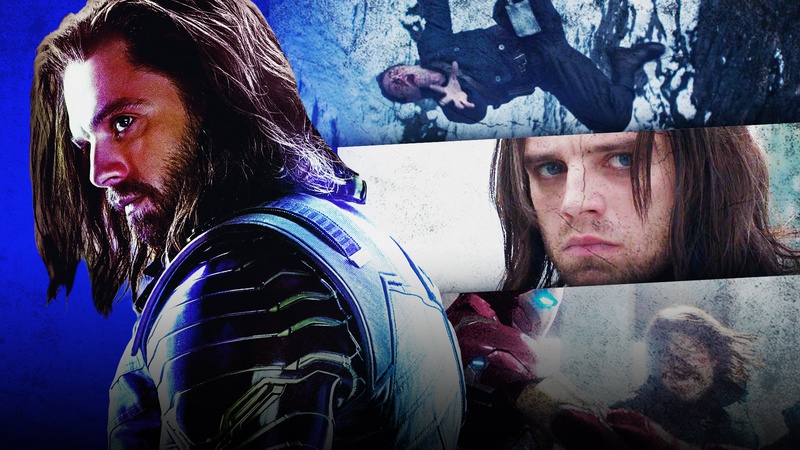 Bucky Barnes has been by Steve Rodger's side since day one. From the time he was just a kid from Brooklyn, all the way until Captain America saves him from a HYDRA stronghold. Bucky's death in Captain America: The First Avenger is a turning point for Steve in this universe. And it sets the stage of loss and friendship that holds the Captain America franchise together moving forward.

"Who The Hell Is Bucky?"

That death and loss of friendship rides right into Captain America: The Winter Soldier. This is where audiences get the other coin of Bucky Barnes as he is a HYDRA-controlled super-assassin that has no problem going toe to toe with Cap in broad daylight. All of this leading to one of the most shocking moments in film (or comics if you read ahead) when Steve realizes it is his lifelong friend behind the mask. Only to be met with the gut punch line of "Who the hell is Bucky?" CRISS-CROSS!

"I'm With You Until The End Of The Line"

Just like Bucky has always been there for Steve, Steve has always been willing to fight for Bucky. This culminates when Cap drops his shield and tells The Winter Soldier "I'm with you until the end of the line" , the same promise Buck made to Steve had the lowest moment of his life. This seemingly woke Bucky up from his Winter Soldier trance long enough to return the favor and save Steve's life. This friendship really is one of the biggest foundational pieces of this universe and there are few moments that represent Steve's willingness to do anything for Bucky highlighted in the ending of Captain America: The Winter Soldier.

"I Remember All Of Them"

On top of all the past destruction from Avengers level events, one of the biggest driving forces in Captain America: Civil War is Steve's loyalty and drive to Bucky's innocence. This comes to a head as Tony Stark learns that Bucky, under the control of HYDRA, was responsible for the murder of his parents. In the middle of the fight that ensues afterward, Tony asks Bucky if he even remembers them. We get a great look into the pure pain and trauma that Bucky has been through as he states "I remember all of them." Showing that while Buck was cognizant of all the killings and feels remorse, he could not stop control himself.

"You're Taking All The Trouble With You"

In an incredible example of subtle payoff, Bucky and Steve say goodbyes after decades of loyalty and friendship. Fans are not sure how much Bucky knew about Steve's plan to go live his life with Peggy after he returns the Infinity Stones in Avengers: Endgame, but it sure seems that Bucky knew this would be the last time he sees his friend this way. Bucky and Steve's friendship is based at the heart of the MCU and it is such a great look into Bucky's sentiment when he tells Steve the same thing Steve told him as he was being shipped off to war all of those years ago. 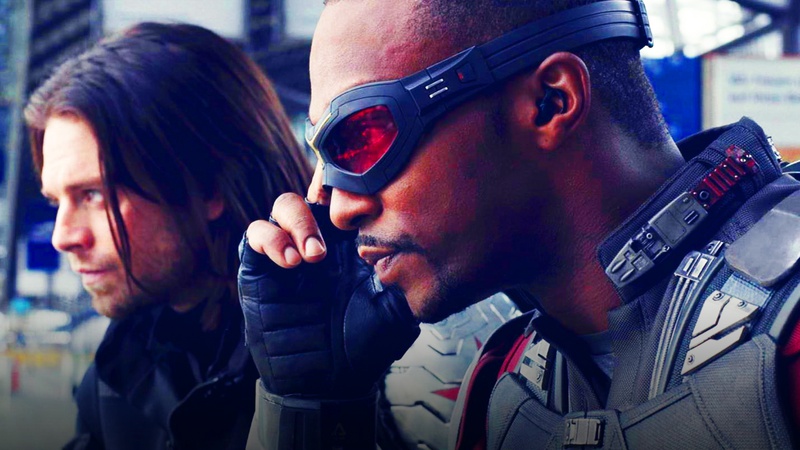 FALCON AND THE WINTER SOLDIER

Sam and Bucky have a very low-key relationship that has captured the hearts of fans everywhere. While they have shared few moments on screen together, the electricity between these two ALWAYS steals the show. And oddly enough, they genuinely seem to dislike each other, which is what makes this Lethal Weapon vibe in The Falcon And The Winter Soldier so interesting. Sam won't move his seat up, Bucky gives him grief for not making quicker work of Spider-Man, and so on. But they still seem to have some of the best chemistry in the MCU.

It is also important to remember, that while the "death" of Captain America has impacted the world, no two characters in this universe are feeling it more than Sam Wilson and Bucky Barnes. Wilson has lost his captain and the man that brought him back into the game. Bucky loses his childhood best friend and the only person who believed in him while he was wrongfully number one on the most wanted list.

These two have been through the wringer, and are about to come out the other side in a whole new world. One of the most underrated relationships in the MCU is about to get a big spotlight on it. And after what we saw from what WandaVision did for Wanda and Vision as characters... well we are all in for a treat.

The Falcon and the Winter Soldier Disney+ MCU