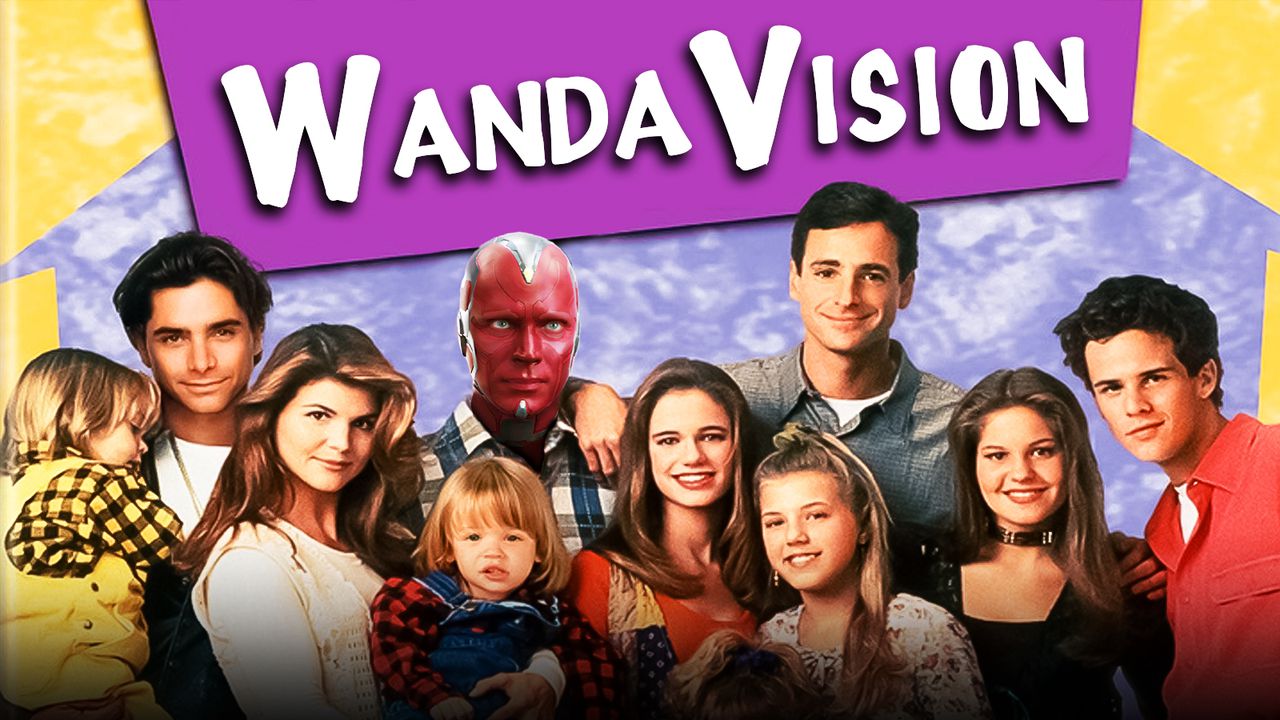 Ever since fans found out WandaVision would focus on various classic sitcom eras, there has been one show in particular many have been hoping the series will pay homage to due to its special connection to one of the show's stars.

Now, it has been confirmed that a nod to said show will indeed be included in the Marvel series.

Elizabeth Olsen confirmed to ET that there will be a "very meta" reference to the hit sitcom Full House at some point during WandaVision.

Full House, which ran for eight seasons on ABC between 1987 and 1995, starred Mary-Kate and Ashley Olsen as they shared the role of youngest daughter Michelle Tanner. The twins are the older sisters of the Scarlet Witch actress, and Olsen says that she "was very excited" to partake in WandaVision's nod to Full House. Olsen says she is looking forward to her sisters seeing her Disney+ series: "I was very excited to do it! They always watch the [MCU films] that I'm in, which is great."

With so much emphasis on the classic sitcom elements of the show, it’s very possible that fans of the genre that aren’t necessarily as familiar with Marvel or superheroes may want to check out WandaVision. But according to Olsen, that shouldn’t be a detriment to their enjoyment of the show.

"I think this is an experience where people can come in with fresh eyes. I really think that if you're just in it for the ride and you kind of know that these people are superheroes and you can extend your imagination to what that then means, it's just a fun ride and it all answers itself within the show. I feel like we might have a few first-timers out there, so I'm excited for those experiences."

With so much history to cover in order to "catch up" with the MCU, some have worried that it will become more and more difficult for newcomers to get invested in the franchise as it goes on. Fortunately, like most other MCU projects, it seems that WandaVision will be able to navigate the tricky balance of keeping longtime fans invested and entertained without alienating potential new ones.

The choice to emulate lots of classic old sitcoms could also end up being a smart strategy of roping in new fans. Marvel Studios is known for exploring different genres and working them into their superhero stories, and WandaVision is taking this method to a whole new level by combining a generally more relaxed genre with high-stakes action.

The sitcom is something totally new for Marvel, and those who are big fans of the genre wanting to check out the show for the references and homages may walk away having become invested in the characters and more apt to watch future MCU projects with connections to the series, like the upcoming third Spider-Man movie or Doctor Strange in the Multiverse of Madness.