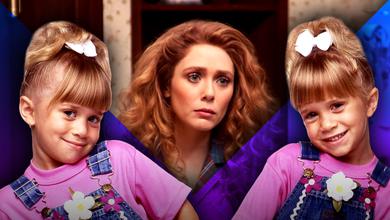 WandaVision is poised to give a brand new experience for MCU fans due to the sitcom-based format of the show. Marvel Studios CCO Kevin Feige already teased that WandaVision is "entirely fun, somewhat scary, and will have repercussions" on the rest of the MCU, seemingly cementing Wanda Maximoff's place in the ranks of MCU's elite.

The series' first trailer gave fans a taste of what's to come, showcasing a wide array of sitcom tropes that WandaVision will look to utilize when it premieres on Disney+. In addition, a new batch of official stills from the show essentially confirmed that Wanda will undergo a life-changing moment, and this could potentially lead to the debut of two important characters in the MCU.

Not only that, but it was also revealed that WandaVision filmed in front of a live audience (with strict NDAs of course) to boost the sitcom atmosphere of the show. Now, the lead stars of the much-anticipated Disney+ series reflected on their experience on set.

While speaking with Entertainment Weekly, MCU star Elizabeth Olsen opened up about the unusual production atmosphere of WandaVision, comparing it to the time where she visited the set of 1987's Full House while watching her twin sisters perform:

“It was insanity. There was something very meta for my own life because I would visit those tapings as a kid, where my sisters were working [on Full House].”

The report also went into detail on how Paul Bettany's makeup for Vision changed to accommodate the grayscale color palette of the 50s setting, with the makeup artists painting Bettany blue instead of the usual pink to best accentuate Vision's features in black and white. It was also said that the android actor and Olsen "rehearsed their entrances and exits as if putting on a play."

Bettany added that they were "all so high" by the end of the sitcom-type production, even teasing that they should "maybe take it out on a tour or something:"

“We were all so high by the end of it, we wanted to keep on running the show. Maybe take it out on tour or something. WandaVision on ice. And hey, if it doesn’t work out, Marvel can always take its new skills and pivot to full-time sitcom production."

Bettany ended the interview by admitting that he should have been doing sitcoms "all the time," essentially confirming that Marvel Studios pulled out all the stops in order to ensure that WandaVision is its own unique entry in the MCU's massive Phase 4 slate.

“I thought, God, I’ve ruined my whole life. I should have been doing sitcoms all this time.”

It's refreshing to hear the positive remarks of both Olsen and Bettany about the production of WandaVision, especially after the numerous delays that the show experienced in the past months. The "half-sitcom, half-MCU film" selling point of WandaVision previously boosted the excitement of fans, and knowing how enjoyable the production is to the show's lead stars should further elevate the hype surrounding the MCU's inaugural Disney+ show.

The sitcom-type production of WandaVision might be something new to Olsen and Bettany, but their recent remarks only proved that the duo adjusted very well for the Disney+ show. In a way, this is a great sign for fans, and WandaVision could potentially set the benchmark for other MCU projects to follow suit.

The story possibilites for a large franchise like the MCU is endless, and diving more into a sitcom-type affair could prove beneficial for some characters down the line.

All in all, Marvel Studios is known for taking risks, and WandaVision is a prime example of that. Thankfully, it's only a matter of time before fans eventually witness how WandaVision will change the landscape of the MCU in surprising ways.