After more than three years since its launch, Disney+'s most-watched series of 2022 have been revealed to the public.

2022 was another banner year for Disney's streaming hub. The platform attracted more than 46 million new subscribers, bringing its running user base to 164.2 million across 108 different countries (via Disney Q4 2022 earnings data).

According to Demandsage (a research analytics firm), Disney+ is now "expected to overtake Netflix as the most popular SVOD service" in the world "by 2026."

Disney+'s Most In-Demand Series of December 2022

But what were the most in-demand series on the service?

Well, TheWrap took a look at the numbers, breaking down what were the most popular in-demand TV titles streaming on U.S. Disney+ in December 2022, and the results may surprise viewers.

To note, demand is measured by the combined desire, engagement, and viewership for each piece of content on social media platforms as well as audience activity on informational sites like Wikipedia and free streaming sites

The long-running TV mainstay, America's Funniest Home Videos (AFV), slots in at the 10th spot on the list, having been on the service since its debut.

AFV's collection of hilarious viewer-submitted home videos has provided laughs for generations making it an easy win over the holidays, and saw a couple of new installments (including America's Funniest Home Videos: Animal Edition) hit the platform in 2022.

Children's content makes up more than one-quarter of Disney+'s library, so it would make sense that a few kid's shows would show up on this list (especially over a month when most kids were off school). The first of these is Amphibia.

The animated Disney Channel original series has all three of its seasons on the streaming platform, making it an easy way for younger viewers to catch up on the beloved show, something that surely would have been done over the holiday break.

Seth MacFarlane's sci-fi spoof, The Orville, slots in at #8.

2022 saw the release of the much-praised Season 3 of the series, currently sitting at 100% on Rotten Tomatoes, this critical darling is also highly accessible to a variety of demographics. So, despite not having new episodes airing in December, the easy watchability justifies its place on this list.

This series is highly rewatchable amongst young children, and its August 2022 Season 3 debut on the service sparked another explosion of interest in the show that would have has another peak with kids at home over the Holidays.

CG-animated French series Miraculous: Tales of Lady Bug and Cat Noir, was the sixth most in-demand series on Disney+, showing off a superhero story (a genre Disney+ thrives in) ready for younger viewers.

Miraculous only has two of its five seasons on Disney+ USA, yet it still ranks this high, showcasing just how powerful children's content is on the streaming giant.

Cult favorite Gravity Falls has found a second life on Disney+, with Alex Hirch's animated series being available to stream in its entirety on the service.

The two-season fan-favorite crosses into a few different demographics with its devoted older fandom, and younger viewers attracted to its appealing art style, making it ripe for binging at home over the colder winter months.

Star Wars on Disney+ has been a certified hit, and last Fall's Andor was no exception.

The Diego Luna-starring series garnered near-universal praise throughout its 12-episode run, plus factoring in the positive word of mouth the show received means Andor will continue to have legs, and carry its popularity through December and into the new year. 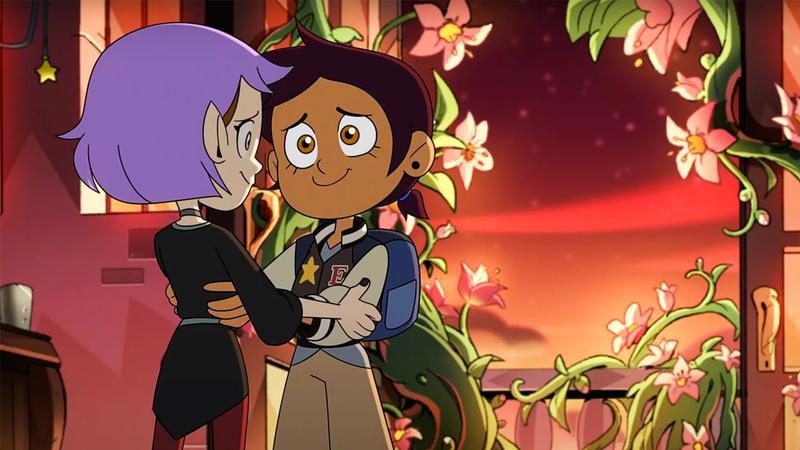 The Owl House comes in third on the most in-demand on this Disney+ list, as the beloved animated series continues its ongoing third season on Disney Channel.

The series has been praised for its diversity and LGBTQ representation, and interest is high on the property, as its third (and final) season premiere debuted on the service over the Holidays. 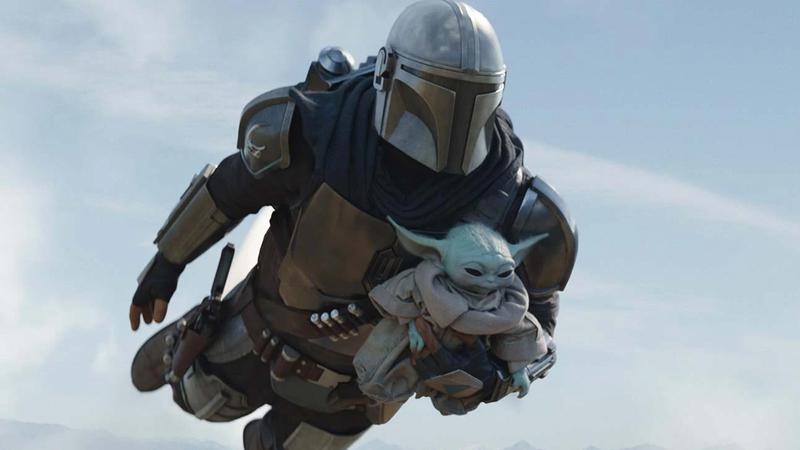 Despite no new episodes in the month of December, The Mandalorian continues to be a hit for Disney+.

With interest on the rise for the series as its Season 3 premiere approaches, the adventures of Din Djarin and Grogu continue to have evergreen success on the streaming hub.

And the most in-demand Disney+ series of December 2022 is The Simpsons.

The long-running animated series currently has episodes from its in-progress 34th season landing on the service, pair that with repeat viewers looking to get their Springfield fix, and it makes a lot of sense why this is the biggest series on Disney+.

December was another busy month on Disney+ in the US, albeit one without a prestige series airing new episodes on the service. On a streaming platform that endlessly promotes its ongoing Star Wars and Marvel series, it was the back catalog that shined most in December.

There are instances of new series or seasons getting the spotlight (i.e. Andor, The Owl House, and The Simpsons), but that isn't the only thing subscribers seem to be watching.

Shows like Gravity Falls, which ended in 2016 are thriving on Disney+, arguably even more so than they did when they were airing on cable.

One of the biggest takeaways from Disney+'s December is that the platform continues to be the place for family-focused content. More than a quarter of all content on the platform is geared toward younger viewers, with children's series being the biggest genre on Disney+.

Another major note to glean is the continued power of Matt Groening's The Simpsons. Surely it is not just the new episodes coming to Disney+ that are driving this interest, but its infinitely-rewatchable classic seasons as well. It may feel like The Simpsons' best days are behind it, but one look at these numbers will make any skeptic at least question their stance.

Disney+ is available to subscribe to now for $10.99 USD a month.