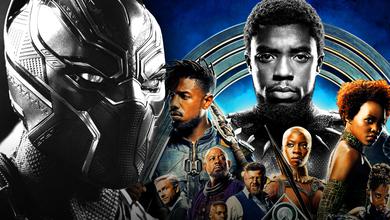 Before his death, Boseman was fully committed to continuing the role of T'Challa, despite his deteriorating state and battle with colon cancer. Now, it's been revealed that not only was Boseman fully prepared to film Black Panther II, but that he was more than ready for a third film as well.

In interviews with several close colleagues to Chadwick Boseman, The Hollywood Reporter mentions that in addition to Chadwick's agent Michael Greene negotiating a $10 million deal for his role as T'Challa in Black Panther II, he included “a $20 million option” for a “then-planned” Black Panther 3.

Greene did not comment on the validity of the latter. Instead, Greene went on to explain that regardless of these figures and payouts, Chadwick Boseman's focus was never on the money, but rather the actor “wanted to do things that mattered or were meaningful.”

“He always wanted to do things that mattered or were meaningful,” he says. “Like, every role, even if it was a series or a TV show, it had to be something that would represent something positive. Because he was always a speaker — on debate teams and so on, he told me. And when we went to the Congressional Black Caucus together when 42 came out, he was standing there with Jesse Jackson and it was like he had been doing this for his entire life, he was so comfortable.”

Chadwick Boseman truly believed that he would pull through and win his battle with colon cancer, as a source close to the actor said that Boseman was “...convinced until about a week before his death that he was going to beat cancer.” If what The Hollywood Reporter is reporting is true, Boseman was preparing for not one, but two sequels.

Marvel Studios was clearly very invested in the property of Black Panther and the character of T'Challa, having already planned for a third movie long before the second one even began production. Audiences feel the same, with the Black Panther franchise being the fifth most popular franchise of 2020, likely due to its themes and black representation not seen in such large scale blockbuster movies.

Whatever Marvel Studios plans to do for Black Panther II, the studio seems to be going out of its way to pay respects to the actor while still exploring the world and pushing for representation - something that Chadwick Boseman felt so passionate about.