While there are some stars in the Marvel Cinematic Universe that have been mainstays for a long time, there are instances where it takes much, much longer for big-name talent to enter into the fray. Even for some current MCU stars like Chris Pratt, Emily Van Camp, and the late Chadwick Boseman , the first audition process isn’t always the winner from the get-go.

The same is true for one of the pillars of the MCU’s future, who recently revealed other movies in the saga for which she threw her name into the casting hat. 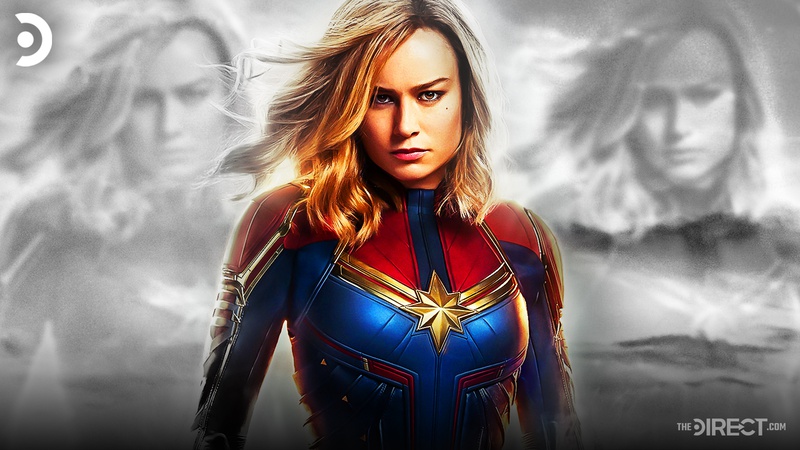 In a new video on her personal YouTube page , Captain Marvel star Brie Larson revealed that before she was cast as Carol Danvers, she had auditioned for roles in 2010’s Iron Man 2 and 2011’s Thor . She also went into details on her conversations with Marvel before she was officially introduced as Captain Marvel at San Diego Comic-Con in 2016:

"I remember getting a call and they said 'Marvel is interested in you playing Captain Marvel', and I was like 'Oh, I can't do that, I have too much anxiety, that's too much for me, I don't think I can handle that, so tell them no.' And my team was like 'OK, for sure.' I think a couple months later, they called and were like 'They called again, are you sure?' And I was like 'Yeah, I'm too much of an introvert, that's way too big of a thing for me.' It was beyond my comprehension. And then they called a third time and were like 'Are you sure?' So, the point is, every time I was like 'Tell them no' and thought my team was telling them no, they were not. Cause I think they were like, 'She would be great at this..."

Larson went on to discuss the early talks for her potential role in Captain Marvel after they initially called her for the role during shooting for Kong: Skull Island :

The full Marvel portion can be seen at the 8:30 mark below:

Even with the anxiety Brie Larsen said she felt taking on such a big role, Marvel Studios’ persistence in calling her three different times showed the confidence they had in both her and the vision for the character, and Larson has shined brilliantly since then. After starring in Captain Marvel and playing a pivotal role in Avengers: Endgame , Larson is already in line to be one of the leading faces of the Avengers as the MCU moves into Phase 4 and beyond.

Larson didn’t reveal exactly which roles she auditioned for in Iron Man 2 or Thor when she was still in her late teens or early 20s, but the wait turned out to be worth it considering her importance in the MCU going forward. It’s clear that she has been a fan of these movies for a long time, and it will be exciting to see where this journey takes her over the next few years.

Brie Larson’s next confirmed MCU appearance is in Captain Marvel 2 , directed by Nia DeCosta and set to release theatrically on July 8, 2022.