Over the next couple of years, both Marvel and DC's universes will heavily feature underwater heroes in their blockbuster movies. While DC has to wait until December 2023 to bring back Aquaman in his solo sequel, Marvel is gearing up to introduce Namor the Sub-Mariner for the first time in November's Black Panther: Wakanda Forever.

While this is an overwhelmingly positive moment for the MCU, bringing in a character fans have wanted for a long time with a new brand of representation, there are some minor concerns with his debut. Specifically, these come with making sure that Namor stands on his own away from Jason Momoa's successful take on Aquaman with the heroes both having similar skill sets and natural environments.

Marvel is already working hard to give Namor his own shine, changing his home world from Atlantis to a more Aztec-based nation called Talocan in the upcoming Black Panther sequel. And ahead of the movie's November premiere, one leading actor shared his own thoughts on how Namor makes his own impact. 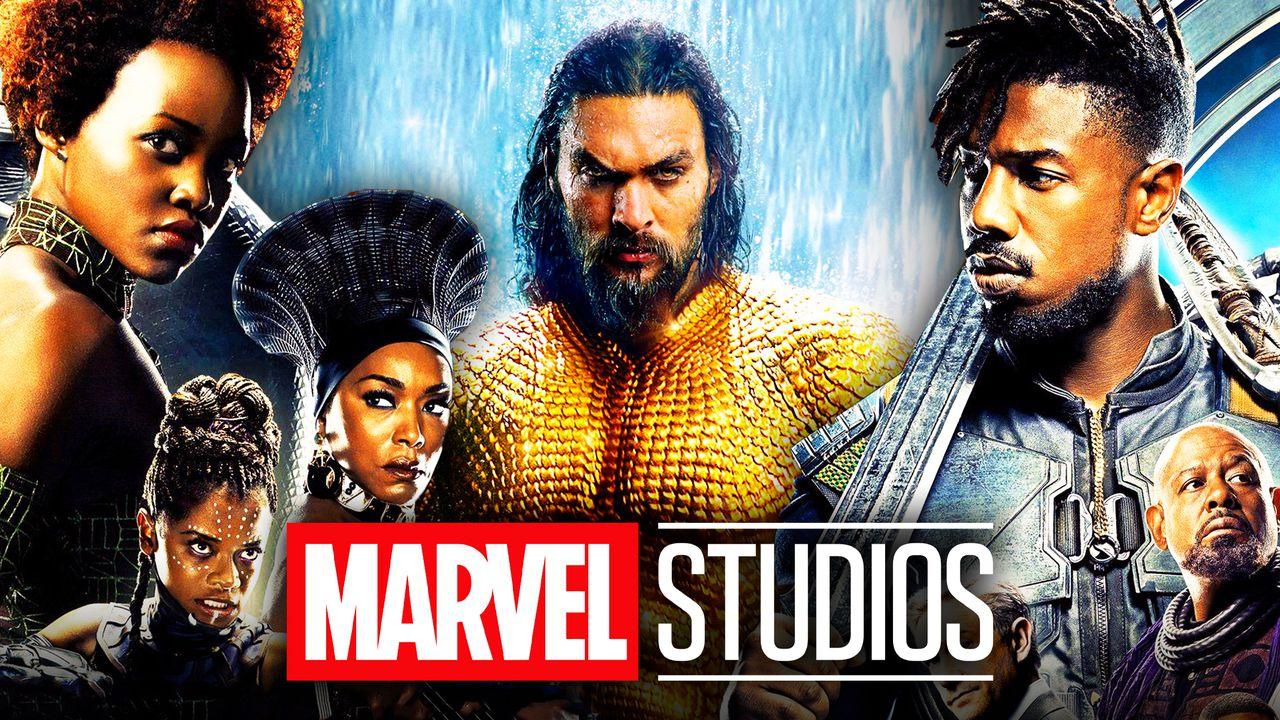 Duke focused on how much representation the MCU's version of Namor is bringing while teasing how the story feels "a lot more real than fiction." Specifically, he touched on the fashion and its "real cultural significance," which will bring the Latinx community into the spotlight:

“In our version, it feels a lot more real than fiction. In the MCU fashion, we’ve grounded it in real cultural significance and cultural traditions. You see the Latinx contingent that is present visually. Ryan Coogler’s creation within the Marvel cinematic landscape is one of deep honor and connection to real stuff. So I think a lot of people are gonna see themselves represented.”

Additionally, Namor star Tenoch Huerta spoke with the outlet about his time playing the character, explaining how the MCU's Namor reacts to "how this world has transformed" in a post-Avengers: Endgame setting. He also took another moment to celebrate actually getting the role, noting how it could have been "any brown-skinned Latin actor" to get the role:

“This new version responds to this time and how this world has transformed. So for me it was natural and beautiful. It could have been any brown-skinned Latin actor, but I got it. I love it, and I’m the guy. I’m Namor now!”

Concerning the Black Panther 2 plot, Huerta shared how fans will see Wakanda in a different light thanks to Namor's introduction, which even ties back to the cultural turmoil that people are seeing in real-life from the United States:

“You will see them in a light of ... confrontation. We don’t get along. But, it’s funny, in the end, they have too much in common. It portrays what is happening here in the States, from my perspective, between the minorities of this country. I think at some point we need to join together and create that different thing.”

To close, Winston Duke discussed his time working with Huerta on set, which included a lot of "mutual admiration" for one another throughout the process:

“On the set he shows up and I’m like, ‘Whoa!’ But he was fangirling over us. I was like, ‘It’s you!’ It was mutual admiration, and a welcome new member to the MCU.”

Marvel Giving Namor His Own Shine

Considering how popular Aquaman has been over the last few years thanks to Jason Momoa's portrayal in the DCEU, Marvel had an important task in separating itself from an already established aqua-powered hero. But as Duke mentioned in his quotes, this will come more through the use of culture and representation than in changing his power set in any way.

This use of culture has Namor star Tenoch Huerta over-the-moon excited to be a part of the MCU, allowing him to play a character that he hopes fans will fall in love with once he debuts this year. Particularly with the first Aquaman movie focusing largely on Atlantis' place in the world, having Namor be from somewhere completely different will only help the MCU avoid those comparisons.

Now, the biggest questions turn to how exactly Namor will fit into the MCU narrative after appearing in his first footage from the first Black Panther 2 trailer that premiered during San Diego Comic-Con. His people and the Wakandans will be set for an intense battle with one another, although it's clear that Namor himself is in for an extended run in the MCU over the years.

Black Panther: Wakanda Forever will premiere in theaters on November 11.