Zack Snyder's NSFW Photo of Batman Gets Taken Down From Twitter 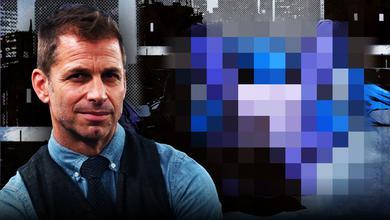 Long-time DC Extended Universe director Zack Snyder has spent plenty of time in the comic book movie news stream over the last few months, largely due to the March 2021 release of Zack Snyder's Justice League on HBO Max. Snyder is never one to shy away from discussions centered around this franchise either in-universe or in the realm of current popular topics.

Recently, Snyder shared his thoughts on some NSFW material involving Batman after DC reportedly removed a scene from Season 3 of Harley Quinn featuring oral sex between the Caped Crusader and Catwoman. Although the series is known for more adult material, it apparently still didn't sit well with executives that run the company.

In response to the controversial matter, Snyder posted an image on his Twitter account depicting the two heroes engaging in intimate relations, including the simple caption "Canon" to voice his support of the superhero romance and creative freedom in general.

Well, the plot continues to thicken with a new development...

ZACK SNYDER'S "CANON" IS NO MORE?

Reddit user Beentryin discovered that the NSFW image of Batman and Catwoman engaging in oral sex has been removed from Snyder's Tweet due to a copyright claim.

The image now only shows a text message that reads, "This image has been removed in response to a report from the copyright holder."

While it's unconfirmed which company filed the copyright claim, many signs point to DC and its parent company, Warner Media, being the culprits given that they own the characters depicted in the image.

WHO IS RESPONSIBLE FOR THIS?

This image certainly caused quite a stir, making the rounds across social media after Snyder made it clear that he sees the events in it as something that would really happen. With the picture now having been removed from Snyder's post, it does beg an interesting question: Who pulled the plug?

The image itself almost certainly wasn't published originally by DC Comics, as it would have been something that long-time comic fans recognized from one of the company's many Batman or Catwoman runs. Since this wasn't the case, Snyder could have commissioned the piece himself as this news made the rounds, especially considering his own history with printed media.

With these facts considered, the higher-ups at DC Comics likely had the image removed from Snyder's post considering they own the rights to Batman and Catwoman. The reasoning behind it is still a mystery, but it undoubtedly adds another layer of intrigue to an already wild situation.