Avengers 5 Prediction: Who Could Die or Be Killed in the Next Avengers Movie

Over the years, the Avengers movies have been a major staple for the Marvel Cinematic Universe. The massive team-up films have shown fans a wide array of moments which include the likes of heroes interacting for the first time, rare opportunities of heroes fighting side by side, and several intense confrontations. The MCU's Infinity Saga produced four Avengers films, with each of them gaining more than a billion dollars in box office revenues .

The massive following and the overall success of the Avengers franchise should serve as enough evidence that a fifth Avengers film is on the horizon . While the next slate of MCU movies has no mention of an Avengers film, Marvel Studios president Kevin Feige did say that the next iteration of the roster "will be a very different team than we’ve seen before [...] with some people you’ve already met and some people you haven’t met yet.” If anything, Feige's comments seemingly confirm the clear vision of Marvel Studios for the Avengers films moving forward. In addition, Sebastian Stan did mention that the heroes need "to figure out a couple of other missions first before we even get there [ Avengers 5 ]," presumably hinting that it will be a while before fans get to witness a proper team-up of heroes on the big screen.

Phase 4 of the MCU is set to introduce fans to a plethora of new heroes through several movies, which gives fans a chance to be invested with these characters. On top of that, previous heroes from the Infinity Saga are still around with their own adventures. During Spider-Man: Far from Home , the current state of the Avengers is unknown. But that is likely to change throughout the course of the upcoming phase of movies. Much like in the earlier phases, it's reasonable to assume that the events of Phase 4 ( and potentially Phase 5 ) would lead to a major event where the heroes of the MCU will be required to unite against a common threat.

By the time Avengers 5 arrives, it's clear that the presence of fresh faces will present a brand new dynamic that will be explored in the film. That being said, it is likely that the next roster of Avengers will not be completely in-sync during their next mission, potentially leading to an unfortunate demise to one of their members. The MCU already caught fans off guard during Avengers: Age of Ultron by killing off Aaron Taylor-Johnson's Quicksilver , which was also the same movie where he debuted in the franchise. Marvel Studios is keen on taking risks with their characters, and there's no reason to think that this strategy won't continue in Avengers 5.

Below is The Direct's prediction of potential MCU characters that could bite the bullet during Avengers 5 . 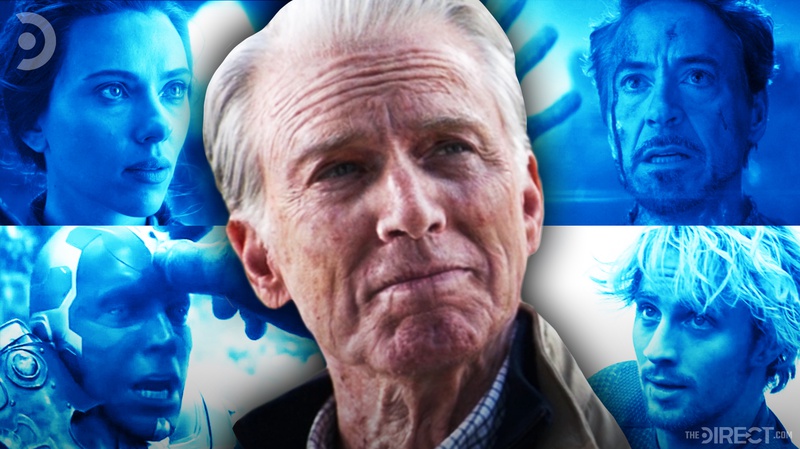 Avengers 5 could take a page from Captain America: Civil War by offering a proper funeral to one of the franchise's biggest characters. Civil War paid tribute to Peggy Carter (Hayley Atwell) through a memorial service attended by Steve Rogers (Chris Evans), Sam Wilson (Anthony Mackie), and Sharon Carter (Emily VanCamp). The next team-up film could provide an appropriate send-off for Steve Rogers, marking the true end of the line for the iconic character. That being said, the old and new members of the Avengers would be present at the funeral, mimicking the emotional tribute that Endgame provided to Tony Stark (Robert Downey Jr.). 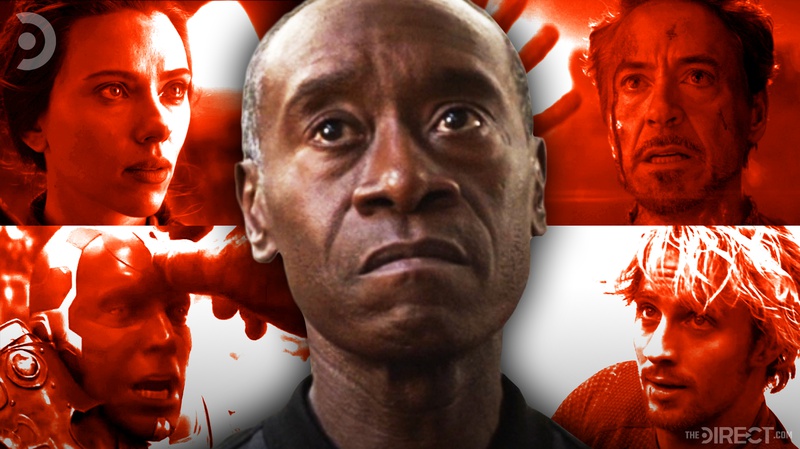 After Avengers: Endgame , not much is known about the post-snap adventures of James Rhodes (Don Cheadle). During the five-year gap between Infinity War and Endgame , Rhodes was still doing side missions for the makeshift Avengers team led by Natasha Romanoff (Scarlett Johansson), so it is likely that he will suit up once more when the team reunites for another mission.

From Iron Man to Endgame , Rhodey has evolved from a supporting character (and Tony's best friend) to a full-fledged member of the Avengers, helping out the team in more ways than one. Despite his unknown contract situation with Marvel Studios , it's possible that the next Avengers film will be the last hurrah of the character. The death of Tony Stark in Endgame could have larger implications on Rhodey than fans realized, and it could be further explored in Avengers 5 .

Although Rhodey is an official member of the team, many would argue that the Infinity Saga didn't give him much to do. Avengers 5 could change that by giving him the chance to be one of the leaders in the mission, ultimately leading to a heroic sacrifice in the end. By sacrificing his life for one of the new members of the team or even saving civilians, the character's last act could very well inspire the next generation of heroes while also cementing his legacy. 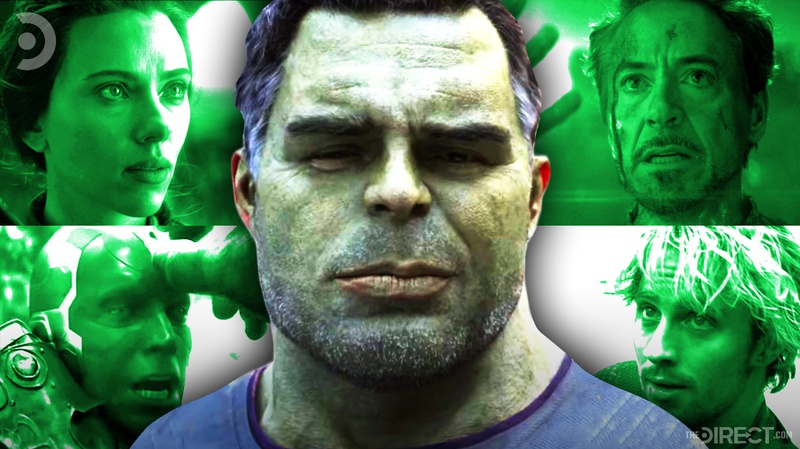 In the upcoming Phase 4, there are a lot of MCU properties that the Hulk (Mark Ruffalo) can pop up in, with She-Hulk and Thor: Love and Thunder being the prime candidates. However, by being one of the remaining members of the original Avengers team, Bruce Banner's inclusion in Avengers 5 should be a no-brainer.

From struggling to control his Hulk persona to successfully combining his mind with the Hulk to become Smart Hulk , Banner already had a very interesting journey in the MCU throughout the Infinity Saga. The character made his biggest sacrifice play during Endgame by bringing back those who were snapped by Thanos, badly damaging his right hand in the process. While it's unknown whether his arm would be fully healed by the time Avengers 5 comes around, there is reason to believe that Banner would be vulnerable.

It's worth noting that Hulk's arc came full circle during Endgame , and it's hard to imagine what his intended role would be in the next slate of movies. With not much left to do, the Jade Giant's time in the MCU could be at an end when the credits roll during Avengers 5 . Even though killing Hulk is a tough task, his aforementioned injury might come in play, thus leaving him in bad shape against the unknown threat that the team will face. 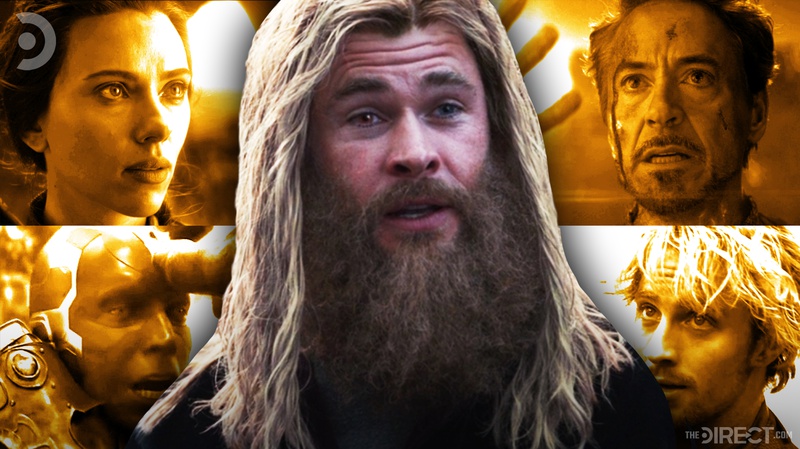 Just like Hulk, Thor's (Chris Hemsworth) arc was somewhat completed during Endgame . The tail-end of Endgame further showed that Thor is clueless about the next step on his journey, hitching a ride with the Guardians of the Galaxy in the process. While Love and Thunder could present another hurdle for the character to overcome , the idea of Jane Foster (Natalie Portman) taking Mjolnir while also the mantle of Mighty Thor should serve as evidence that Thor's journey in the MCU could be coming to an end very soon.

There's a chance that Thor still hasn't moved on from the guilt and despair that he suffered during Infinity War and Endgame , and completing a final heroic act for his Avengers teammates could very well complete his MCU journey. With Endgame providing a fitting end to the story of Steve Rogers and Tony Stark, Avengers 5 could do the same for Thor. 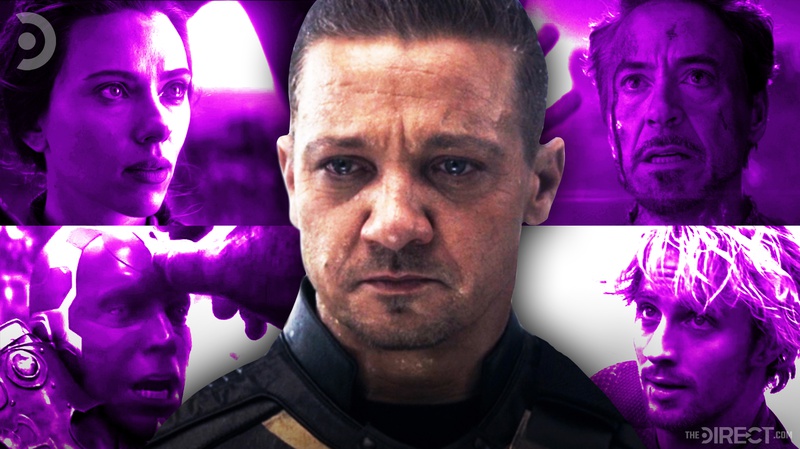 Clint Barton (Jeremy Renner) is set to hand over the Hawkeye mantle to Kate Bishop in the upcoming Hawkeye Disney+ series. Not much is known about the lasting impact of the series on Barton's superhero life, but there's a chance that he could suit up for the final time to help the next Avengers team.

Barton has retired a numerous times during the Infinity Saga, but he doesn't think twice about suiting up again when duty calls, as seen during Civil War and Endgame. As fans can remember, Barton already had near-death experiences in the MCU, but the character was saved in such moments from Age of Ultron and Endgame . While it would be heartbreaking for Barton's family to learn about his death, fighting side by side with fellow heroes during Avengers 5 would be the perfect time to cap off his MCU journey. 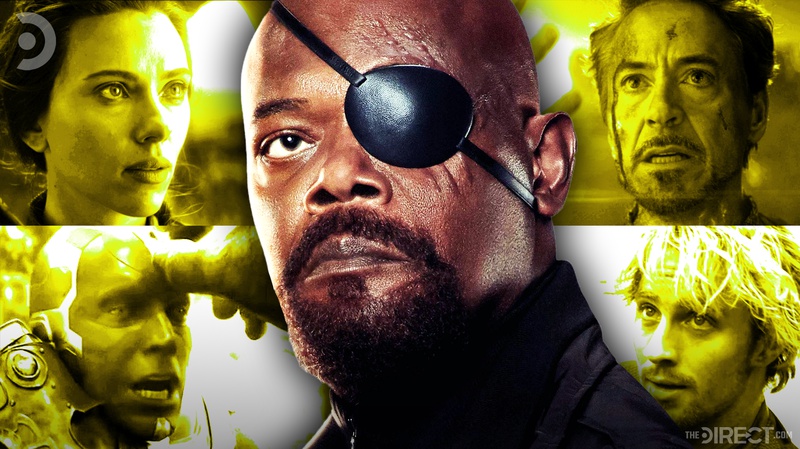 Nick Fury (Samuel L. Jackson) has been around the MCU ever since its conception back in 2008 . With a brand new wave of heroes set to debut in the coming years, there's a chance that Fury's time in the superhero franchise is nearing its end. While it's plausible that Fury will still be around to mentor and oversee the missions of the next Avengers team, his lack of presence during the previous two Avengers films seems to hint that he is confident that the heroes will get the job done without him.

Over the course of the Infinity Saga, Marvel Studios has been known to fake Fury's death numerous times, but the franchise can throw a curveball at fans by actually killing the character during Avengers 5 - one that could shock the characters on-screen and the fans watching. While the circumstances of his own death are unknown, killing off an important character like Fury could presumably have a lasting impact to the MCU as a whole.

Do you agree with our picks? Who do you think will die in Avengers 5 ? Sound off with your picks below!