The upcoming Star Wars series Ahsoka will carry forth the story of the Togruta ex-Jedi, presumably as she continues her search for Ezra Bridger.

Along for the ride is none other than Sabine Wren, seemingly making Ahsoka as much of a Star Wars Rebels sequel as it is a standalone project. Actress Natasha Liu Bordizzo will bring the colorful Mandalorian warrior to life alongside Rosario Dawson’s take on the title character.

The show began production earlier this year with a targeted release date set for sometime in 2023, and it seems Bordizzo has very recently fulfilled her commitments to the Disney+ series. 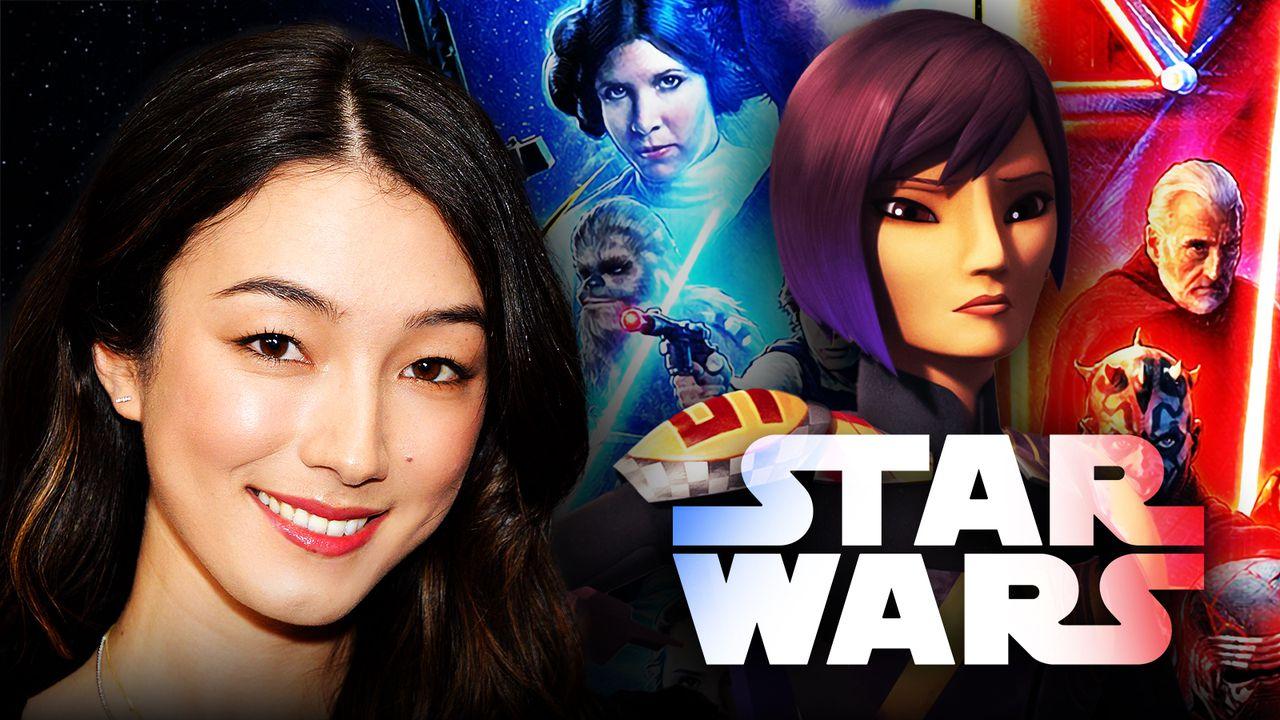 Taking to Instagram, Ahsoka star Natasha Liu Bordizzo who plays Sabine Wren on the series, posted artwork of her character along with the following caption, very likely indicating that she had wrapped filming on the Disney+ series:

Bordizzo also added a slide to her post showing the following text:

“There’s a powerful saying that we tell each—other stories because sometimes we need a story more than food in order to live. Stories tell us who we are, what’s possible for us, what we might call upon. They also remind us we’re not alone in whatever faces us and that there are resources within us, in the larger world and in the unseen world that may be cooperating with us in our struggle to find a way to deal with challenges.”

Check out the two pieces of Sabine art the actress posted below:

This image was posted online previously, and it likely shows what Bordizzo will look like as Sabine in live-action.

Members from Ahsoka’s production crew also commented on the Instagram post, adding further credence to the idea that Bordizzo has completed playing Sabine for the time being.

Some of these comments may have been deleted, but one from a member of the show’s hair department wrote: “Thanks for leading the team #TeamSabine #PushingAlexisFun #ImNotCryingYoureCrying” while another crew member added, “You freaking rocked it!! And to have the last scene of the night end with your badass moves was epic”

A stunt performer working on Ahsoka also commented, “This was a fun story to be a part of. Thanks for being you. You made it fun!“

Even though Natasha Liu Bordizzo has finished playing Sabine for Ahsoka’s debut season, there’s ample reason to believe that the actress will be back for more.

First off, a second season for Ahsoka is almost assuredly planned. Ahsoka Tano is more than a fan favorite and Dave Filoni, who is overseeing Star Wars’ “MandoVerse” slate of shows, has a special fondness for the character. It stands to reason that another batch of episodes would bring back Sabine as well.

Plus, it’s perfectly plausible that Sabine could cross over to The Mandalorian for an episode or two, especially given that she and Din Djarin both belong to the same people.

This comes on top of the fact that a large-scale MandoVerse crossover is confirmed to be in the cards. This event would surely include Wren and any surviving members of Rebels’ Ghost crew alongside Pedro Pascal’s Djarin, Temuera Morrison’s Boba Fett and whoever else they decide to toss in.

Ahsoka will premiere on Disney+ sometime in 2023, although it‘s not known exactly when at this time.