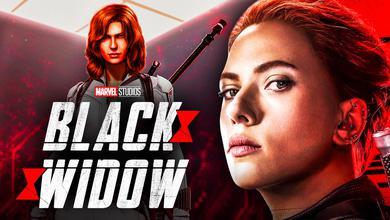 Black Widow has been a long time coming.

After being marred by a myriad of continuous delays, Scarlett Johansson's potential last outing as Natasha Romanoff debuts in theaters and on Disney+ Premier Access this Friday. While this could be Johansson's final time as the fan-favorite Avenger, Marvel Studios are still keen to work with the actress in the future.

Marvel Studios has doubled down on the film's marketing ahead of the worldwide premiere, releasing clips surrounding a prison break and de-aged versions of some of Black Widow's key characters.

With the box office slowly recovering with steadier theatrical releases, all eyes are on the MCU's first cinematic Phase 4 offering to hit a home run with theatergoers.

To commemorate the occasion, Marvel's Avengers has revealed a new unlockable item for Black Widow fans to sink their teeth into.

Via the official Twitter account for Marvel's Avengers, Crystal Dynamics has announced a new cosmetic skin based on Marvel Studios' Black Widow.

The costume gives Natasha Romanoff her white Black Widow suit from the Scarlett Johansson-starring MCU film, and will arrive in the game's marketplace on July 8.

After being relatively disconnected from the universe carefully crafted by Marvel Studios President Kevin Feige, Marvel's Avengers has decided to give fans cosmetic skins based on the MCU's greatest looks.

It seems that Marvel's Avengers is branching out into other Marvel Studios projects, now that Black Widow is getting a cosmetic based on her own solo film. This could indicate that other characters may get a similar treatment, such as an outfit for Kamala Khan based on the Ms. Marvel Disney+ series or a new skin for Clint Barton based on his own Hawkeye series.

This isn't the first time that Black Widow received an in-game skin, as Fortnite was ahead of the curve with their own version of Natasha Romanoff's white suit. Crystal Dynamics have done an excellent job capturing the costume's look, making it appear as though it has been ripped straight from the big screen.