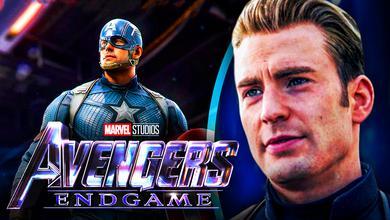 Marvel's Avengers has had quite the rough go of things publicly since its debut in September 2020, leaving PlayStation and Xbox gamers alike with plenty to be desired. With disheartening reviews from both the press and the public as well as numerous difficulties with the actual gameplay, Square Enix has seen more troubles with this game than anticipated.

Over the last few months, Crystal Dynamics has worked tirelessly with Square Enix to bring the game that Earth's Mightiest Heroes deserve, especially with their big-screen counterparts seeing overwhelming success in theaters and on Disney+.

Due to this success, gamers have long wanted to see at least some form of tribute to the MCU's movies in Marvel's Avengers, even if the characters themselves don't resemble their on-screen counterparts. The developers started down the right path in this regard by adding Mark Ruffalo's Professor Hulk look, and teases have been leaked that hint at Black Widow and Captain America receiving the same treatment.

In the latest news surrounding this game, part of that leak has been officially confirmed via social media.

The official Twitter account for Marvel's Avengers posted an image of Steve Rogers decked out in the final Captain America suit from Avengers: Endgame, complete with the MCU's shield. The suit features the scale-inspired chest piece taken from Marvel Comics.

This look for Captain America will be available in-game on June 24 of this year and can be seen below:

Steve Rogers saw his fair share of impeccable costuming throughout his ten-year tenure, donning examples like the stealth suit in Captain America: The Winter Soldier and the Nomad look in Avengers: Infinity War. This costume from Endgame was Marvel Studios' attempt at bringing something as comic-accurate as possible to the game, making the Avengers' leader look spectacular in the process.

Fans have long waited to see any of Cap's outfits become available to use in Marvel's Avengers, and this announcement should have plenty flocking to see it in action. Seeing the MCU shield flying around will be an extra thrill considering it looks different from Cap's standard weapon in the game, helping fans imagine just enough of Evans' hero to bring some great moments of nostalgia.

The hope is that this suit will be tied to some exciting new daily or weekly challenges and possibly lead the way for other heroes like Thor and Kate Bishop to see their MCU costumes join the fray.

No matter what happens, Cap's suit from the biggest MCU movie ever has the chance to look awesome in action.