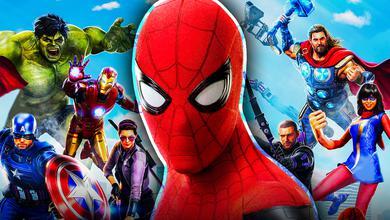 To say Crystal Dynamics' Marvel's Avengers has had a rough ride since debuting would be an understatement. The superhero game-as-as-service was instantly lauded by fans upon its official reveal for its "bargain brand" hero looks, as gamers were looking for in-game models that emulated their MCU counterparts (which they have gotten in recent months).

Since its launch, the game has tripped over nearly every hurdle in its path. Fans have all but abandoned the title, only dropping in when new content launches, and then bouncing back out until the next drop.

One glimmer of hope though for the title has been Spider-Man eventually coming to join the roster of playable heroes. Initially announced to be coming not too long after launch, the Spidey updates have gone radio silent since then.

That is until now...

In talking with Paul Tassi of Forbes, developers of Marvel's Avengers hinted that Spider-Man would be coming to the title sooner rather than later. The Crystal Dynamics representative said the Web-Slinger is “on the roadmap,” indicating that he possibly could be the next hero after Black Panther launches with the War for Wakanda expansion. It's unclear if Spidey will be added to the game this year or next.

The Avengers team also outlined an endgame rework coming. They are hoping to eliminate the "full regrind" players experience when leveling up new heroes, and they are aiming to diversify the grinding loop, offering more rewards rather than just exotics and polychoron.

Lastly in the update, a tease of what was on the horizon after Spider-Man and Black Panther was offered. Apparently, content through 2023 is planned, though that all could change based on various business dealings.

WHEN DOES MARVEL CUT ITS LOSSES

Yes, this is exciting news for gamers eagerly anticipating their favorite wall-crawling to come to Marvel's Avengers, but at what point does publisher Square Enix decide to pull the plug? No matter what the Crystal Dynamics team does they cannot seem to get any traction. And in a game that thrives on an active playerbase, that is not good.

Even when they put out new exciting content, the development team is met with public outcry with some issue. It could be something as harmless as a disconnection from an online lobby, or something as catastrophic as revealing player's IP addresses to the public.

For those that are itching to play as Spidey, they can probably expect to do so sometime later this year after the War for Wakanda expansion launches. However, it would not be all that surprising if this title was sunsetted not too long after that.

Take Bioware's Anthem as an example. The game was lauded at launch, got off track on its road map, and then was struck down by the mighty hand of EA. If upon completing everything that was initially promised for Marvel's Avengers, they decide to send it off into the sunset, it would not be all that surprising.

Marvel's Avengers is out now on PC, PlayStation 4/5, and Xbox.