While the film was originally scheduled to release earlier this summer, Wonder Woman 1984 is now currently slated for an October theatrical release leaving fans to continue speculating what they can expect to see in this chapter of the Wonder Woman franchise. Thankfully, as the new release date approaches, we're beginning to learn more...

Thanks to an interview with Cheetah's Kristen Wiig by InStyle's Laura Brown, we're now getting to learn about Wiig's experience in being cast for Wonder Woman 1984 , her training routine and stuntwork, and some intriguing info about her anticipated character.

"Now you have Wonder Woman 1984 coming out, which is huge. How did that happen?"


"I’m a superhero nerd, so this is my dream. I’ve always wanted to have superpowers. My agent called and said, 'Patty Jenkins wants to talk to you. She won’t say what it’s about, but she’s directing another Wonder Woman movie.' It was all very secretive. I went out to London to test for it, which was one of the most nerve-racking things of my life. After that, Patty and I met for a drink and really hit it off. I didn’t hear anything for a while when I got home, so I flipped out when I got the part. I never thought I’d get the chance to be in one of those movies — I’m in my 40s, and I’m not known for being this type of actor. I would look around the set and think, 'I can’t believe I’m in this.'

Wiig also discussed her rigorous training regimen for the role and the length of the shoot which wrapped back at the end of 2018.

"Eight months in London, but I had to train for a few months at home first. I was excited to get in shape, but it was really f****** hard, and there were no days off. My schedule wasn’t like Gal [Gadot]’s by any means, because she was there all day every day. But I had stunt training, and when they’d show me previews of what I’d have to do, I’d be like, 'Are you insane?' By the end I felt strong and had a ton of energy. I felt good — it wasn’t about getting skinny or muscly. But I went through so much Epsom salt. And wine."

Since Wonder Woman 1984 was filmed in London, Wiig and the cast lived in the U.K. during the shoot which seemed to be both a positive and eye-opening experience for her.


What was it like the rest of the time when you weren’t training?


"It was pretty great — I’m not going to lie. I had the best time. I love London, and my fiancé was with me, and everyone from the movie got really close and lived in the same little village. I was just so happy to be there. It’s the biggest movie I’ve ever done. And the costumes were on a whole different level. There were so many fittings and then rehearsals with the costumes on."

Perhaps the most exciting information from the interview, Wiig dishes the secrecy surrounding the film's costumes, including her own, as well as a tease about what we can expect from Barbara Minerva.


"Did you take pictures of yourself when you first put your gold supervillain costume on?"


" No, we weren’t allowed to take any pictures. This was lockdown. They have it somewhere, and you will see it. But there are different evolutions to my character. I will leave you with that." 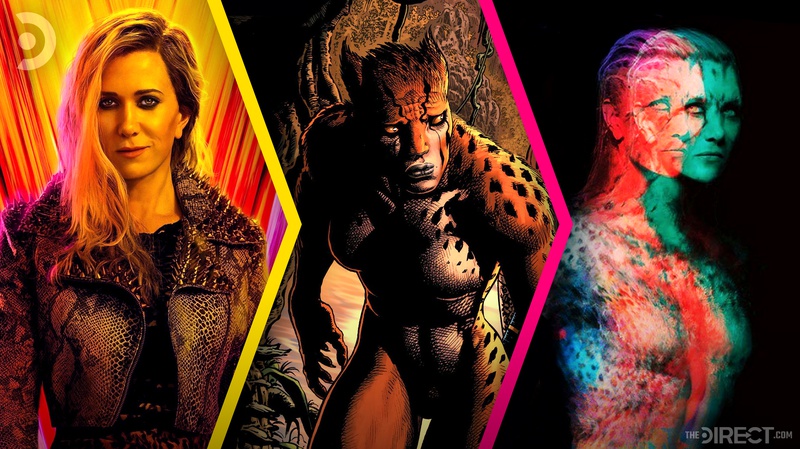 Kristen Wiig's portrayal of Barbara Minerva's turn to the villainous Cheetah has been one of the most highly anticipated and speculated parts of the film. Director Patty Jenkins has already shared that the film will explore Diana and Barbara's friendship gone wrong , as well as a " whole different version of Cheetah , " but much of the character's arc and design has been shrouded in secrecy and kept underwraps.

Hearing Wiig's comments about the different evolutions of the character further confirms what Patty Jenkins has shared and indicates they both have something surprising and special in store.

We also haven't heard much about the casts' experience on set until now. From the Wiig's description of her training, and her comments about the stuntwork she was asked to perform, it sounds as if fans can expect quite a bit of action from her character.