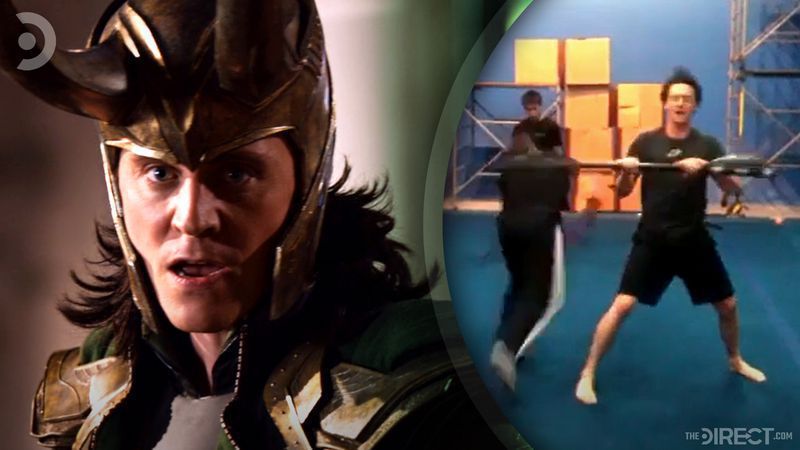 Superhero films are action-packed, exciting cinematic spectacles that must constantly adapt the larger-than-life nature of comic books for the silver screen. In order to do this, film productions utilize a mixture of advanced visual effects and months of stunt coordination.

A new behind-the-scenes rehearsal video from The Avengers was posted on Instagram by Captain America stunt double Sam Hargrave. In the footage, Hargrave and Tom Hiddleston practice for the Stuttgard, Germany fight scene between Loki and Captain America. The stunt coordinator jokingly captioned his video by saying "Look how young and spry we were, Tom!"

Sam Hargrave is a master stunt performer, having worked on numerous action films as a stunt double and stunt coordinator. Hargrave's relationship with Marvel has continued all the way through Avengers: Endgame, and he recently directed the Joe and Anthony Russo produced Netflix film Extraction.

Videos such as these prove just why Hargrave is so highly regarded. The stunt coordinator is able to train and work alongside actors such as Tom Hiddleston so well, conveying the characterizations of Loki and Steve Rogers with mere movements and body language - no costumes required.

It is also exciting to see an iconic fight scene in one of its earliest forms. When Captain America meets Loki for the first time, pitting a super-soldier against the mischievously powerful Norse God, their battle is thrilling. The two seemed evenly matched in the fight sequence, and as hard of a concept as that is to sell, Hargrave and Hiddleston make it completely believable with their explosive performances.

Hargrave pointed out that this rehearsal took place "nearly 9 years ago to the day." One can only imagine the sorts of mind-blowing fight scenes that Marvel's stunt teams will be working on in the near future.