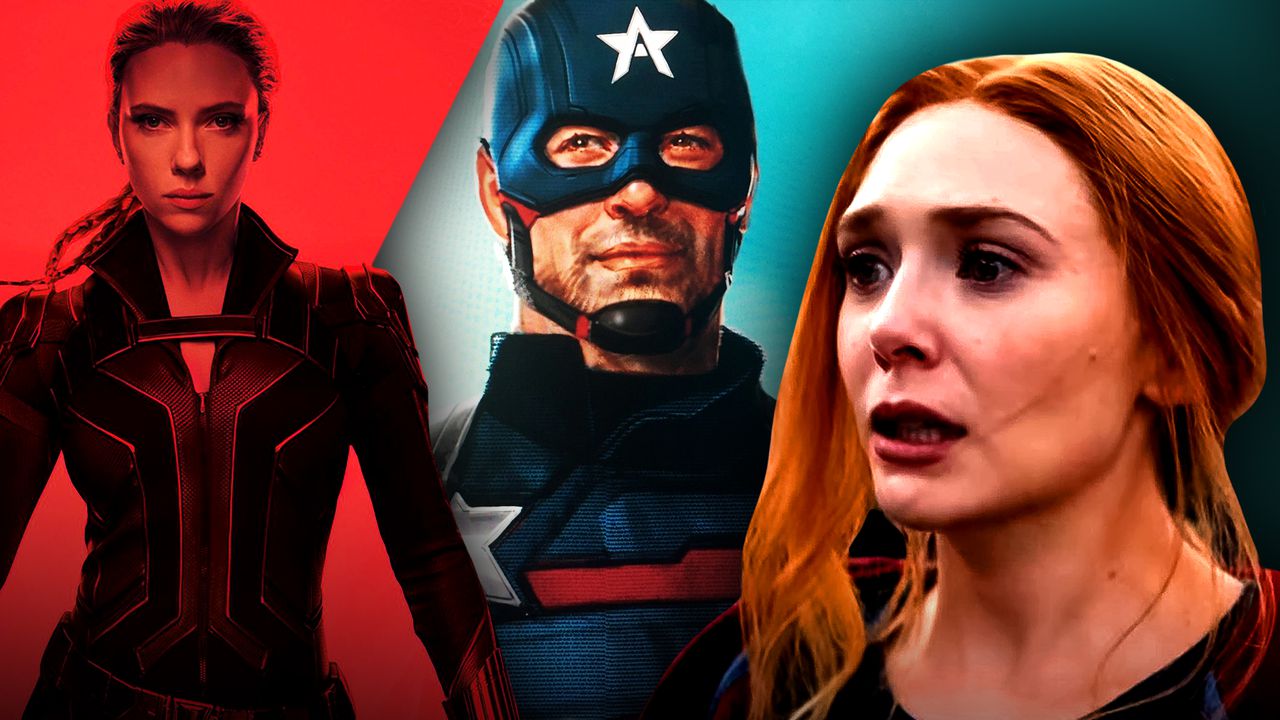 Marvel Studios has had more than its fair share of delays and schedule shuffling due to the worldwide COVID-19 pandemic. The Marvel Cinematic Universe was originally set to have as many as four Phase 4 projects release in theaters as well as on Disney+ last year, but the six-month production stoppage forced the team to make adjustments on the fly.

To the relief of MCU fans worldwide, Phase 4 has finally arrived with the debut of WandaVision on Disney+. This kicks off the most jam-packed year in MCU history with ten unique releases between now and December, filling nearly every week of the year with a new piece of content.

Not only was this not always the case, but a new interview could indicate that Phase 4's debut property had to adjust within itself due to these changes.

In a recent interview with the Hollywood Reporter, WandaVision showrunner Jac Schaeffer went into detail on some of what her experience with the MCU has been like through this point in time. Through constant reshuffling and schedule changes, Schaeffer commented that "a lot of that didn't actually affect [WandaVision] and (her) work directly" yet "there's been challenges" for other Marvel Studios projects:

"There's an amount of jockeying and repositioning [at Marvel], and a lot of that didn't actually affect [WandaVision] and my work directly. I mean, this is not their first rodeo. They've been doing this for so long, Kevin [Feige]'s been doing this so well for so long. He is so deft... I think what he's always leaving space for is a better idea, but that space also that's left is for course correcting should it need to happen. I think there's been challenges for Marvel on this, but it's working out beautifully from where I'm sitting."

In the interview, Schaeffer even took the classic "no comment" route when asked if she had to "rework any scenes" to adjust to the potentially changing continuity of the MCU story:

Interviewer: "Did you have to rework any scenes because there were properties that didn't actually come out [before WandaVision] in terms of the connectivity of it all?"

The WandaVision showrunner clearly understands what she can and can't say in order to avoid getting in trouble with the higher-ups at Marvel, who are always on the lookout for spoilers. In this case, Schaeffer's no-comment is particularly suspicious due to the specifics of what she was asked.

To recap the MCU's original schedule before the pandemic, Black Widow was supposed to release in theaters in May 2020 before Eternals arrived in early November. On the Disney+ side, The Falcon and the Winter Soldier was originally planned for a late/summer 2020 release after Black Widow while WandaVision would have come in either late 2020 or early 2021.

In terms of how WandaVision could have connected to the other MCU entries, rumors were circling that the Disney+ show would intertwine with events from The Falcon and the Winter Soldier. There are no specific plot details known about the latter, so it's difficult to predict how the two series would have interwoven together if WandaVision had been the second Disney+ release rather than the first.

No matter what the result of a connection may have been, it's another indication of how deeply the Disney+ shows are set to connect both with each other and with the MCU movies. Even considering how the MCU built its name by weaving multiple franchises together into one cohesive story, the team appears to have intentions to take this concept to new heights as Phase 4 continues.

WandaVision will continue with Episode 4 on January 29, and The Falcon and the Winter Soldier will debut on Disney+ on March 19. Currently, Black Widow is set to release in theaters on May 7, with Eternals arriving on November 5.