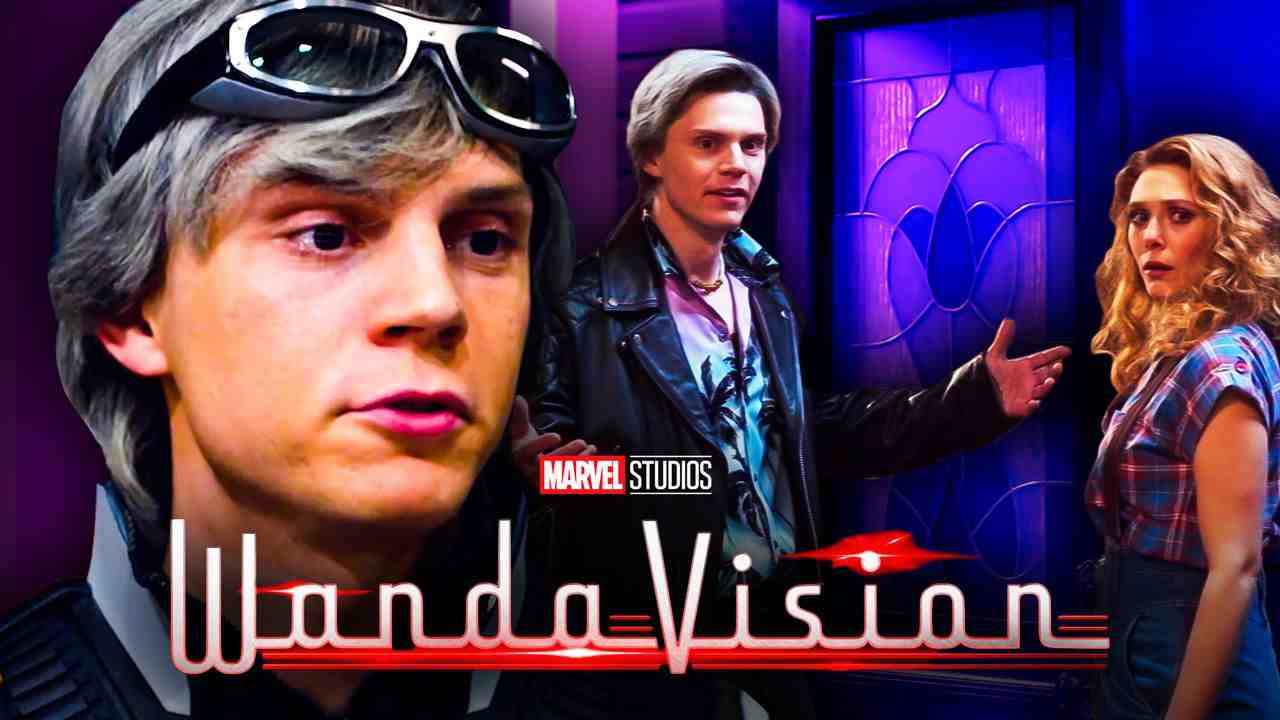 Evan Peters was rumored to be joining WandaVision for over a year in a mysterious role with theories ranging from the villain Mephisto to Peters' Quicksilver from the Fox X-Men films . It was finally revealed in "Episode 5" of WandaVision , entitled “On a Very Special Episode,” that Peters would be playing a recast Pietro to the confusion of the audience and Wanda as well.

By the next episode, this new Pietro seemed to know full well that Wanda was the one in control of Westview. On top of his out-of-character behavior and Vision almost dying again, Wanda was driven into a new depression the following episode. Peters' casting was brought into question again, especially when it seemed like he was a one-and-done until the post-credit scene of the latest episode.

As for the casting of Evan Peters as Pietro Maximoff? Well, apparently, it's been Agatha all along...

During a Q&A session at Television Critics Association Winter 2021 Tour, via Decider , Marvel Studios President Kevin Feige was asked about when Evan Peters' casting was decided, which was pretty early in the process.

As for why Marvel Studios chose Evan Peters to play Pietro Maximoff in WandaVision , it was “Just another way that certain people were messing with Wanda.” Feige clarifies that the “certain people” is Kathryn Hahn's Agatha Harkness.

A tweet outlining this quote from Feige can be seen below:

Feige says they landed on bringing Evan Peters in pretty early on, describing it as "Just another way that certain people were messing with Wanda." (he does then indicate that is Agatha, referencing the “catchy song.”) #WandaVision

AN INTENTIONAL MISTAKE ON AGATHA'S PART?

According to Feige, it seems like Agatha Harkness purposefully “recast” Pietro as another way to further mess with Wanda. It still doesn't mean that this still isn't the same Quicksilver from the Fox films or another Pietro from another universe. But, it does shoot down the theory of Wanda or Agatha being unable to recreate Aaron Taylor-Johnson's speedster in the flesh.

It's interesting to ponder as to why Agatha would intentionally try to drive Wanda up the wall, but it's likely a means of making Wanda vulnerable to her manipulations.

The next episode should hopefully clear up this rival witch's motives to Wanda and the audience. Not to mention, viewers should find out who Evan Peters is really playing and how Teyonah Parris' Monica Rambeau will deal with him.