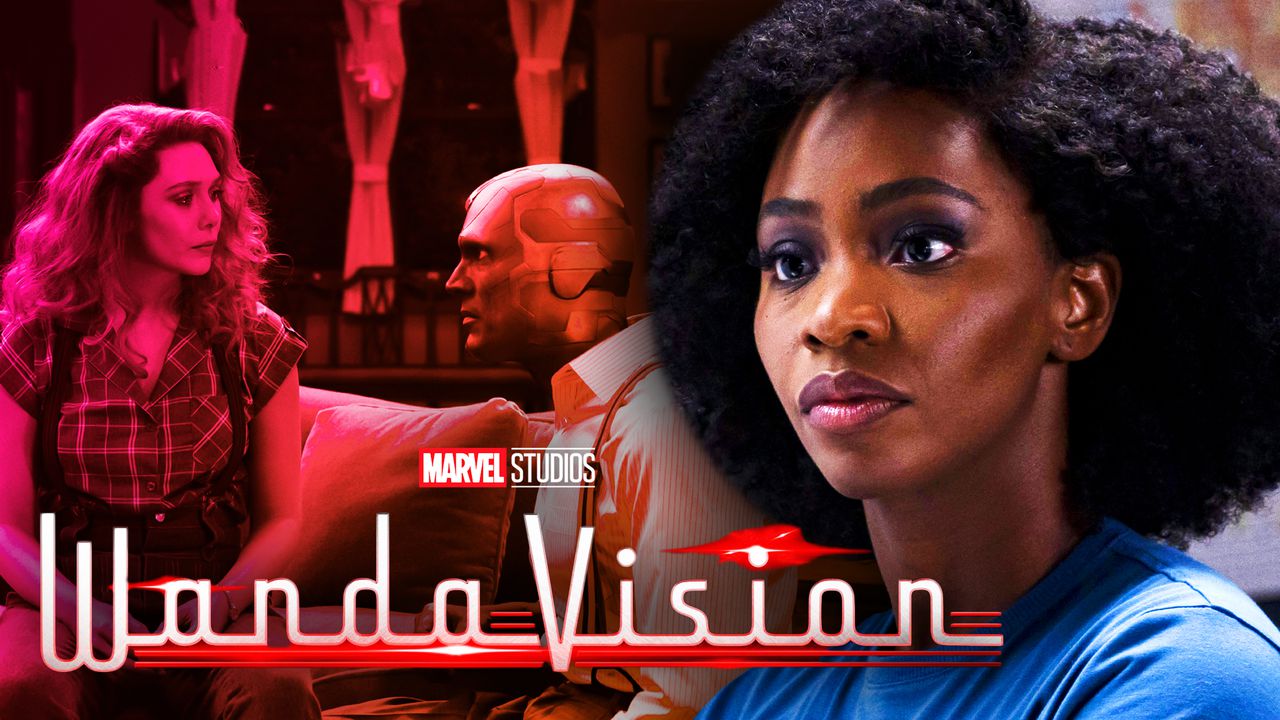 In the last episode, “We Interrupt This Program,” WandaVision began to branch outside Westview, finally giving viewers a greater context of what exactly is going on in the show. Obviously, Vision is still dead, but it became clear that Wanda was indeed the one in control and getting rid of anyone that would disrupt her happy new life.

Wanda's dream of a happy life begins to fall apart in the latest episode, as her children grow up too fast and Vision begins questioning everything around him.

This episode has already got fans buzzing with theories, and not just because of the shocking guest-star appearance at the very end.

DENIAL IS THE FIRST STAGE

Marvel Studios released six new still images highlighting moments from Episode 5 of WandaVision entitled “On A Very Special Episode.” All six photos can be seen below:

Kathryn Hahn's Agnes is shown barging into the home of Elizabeth Olsen's Wanda and Paul Bettany's Vision to see their newborn children. This is also when the facade begins to fall apart for Vision as Wanda attempts to convince him that everything is fine.

Darcy Lewis and Jimmy Woo are seen listening to Monica Rambeau's explanation about how Wanda is altering reality after witnessing her pants taking on the properties of her kevlar-vest.

Monica Rambeau brainstorms about building a vehicle capable of breaching Westview's barrier while protecting those operating it from Wanda's control.

Bettany's Vision is at the office once again, introducing Norm to the wonders of technology while also receiving a distressing message that everyone in the office repeats. It's also revealed to Vision that Norm is being held against his will.

Vision pushes for answers from Wanda, which she isn't willing to give as Vision tells her what she's doing to Norm and everyone else is wrong. In distress, Vision also demands to know what is outside Westview, claiming to have no memory before arriving in the town.

Bettany's Vision begins losing most of his trust in Olsen's Wanda at this point, believing that she caused the doorbell to ring to disrupt their important conversation.

WANDA'S GETTING OUT OF CONTROL

This episode was a tipping point for the show, as Wanda delves deeper into her denial of the truth. The truth that Vision desperately seeks that Wanda is unwilling to admit to him and herself is trying to rear its head—that he's dead. Even some of these still images showcase this change in tone, as Elizabeth Olsen and Paul Bettany are given the best material they've ever had in this franchise.

It's great to see the differences in cinematography and lighting between the two realities, with the warmer tones of '80s sitcoms bleeding through the screen. However, these images don't do to the episode justice as it misses many powerful and surprising moments, such as Evan Peters playing the role of Pietro Maximoff. Wanda is already dealing with denial throughout this episode but also delves into anger when she is confronting the S.W.O.R.D. agents.

How will Wanda's mental state be in the following episodes, especially with her brother seemingly alive again?