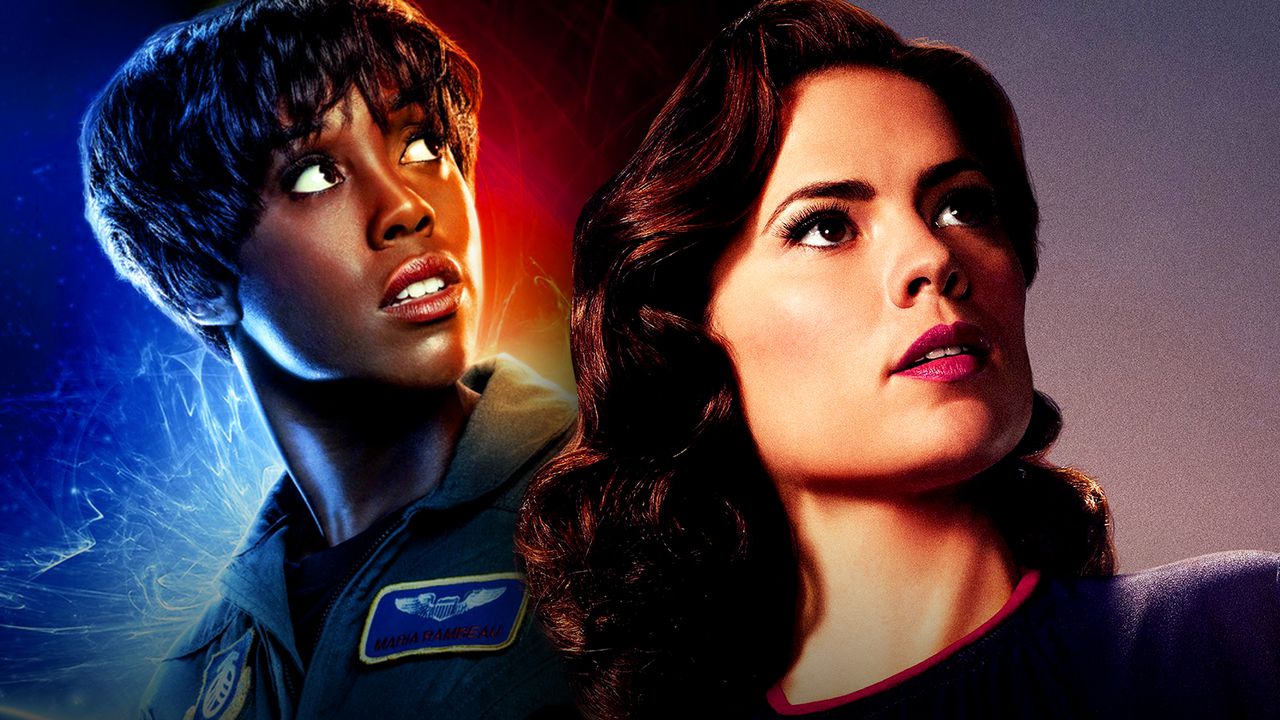 Phase 4 of the Marvel Cinematic Universe is building up the excitement after the first three weeks of Marvel Studios' first Disney+ show, WandaVision. After the first three episodes started with the two lead heroes experiencing the life of a 1950s-70s American sitcom couple, Episode 4 goes full MCU and sets the story in place as part of the expansive comic book movie franchise.

The MCU used WandaVision's fourth episode to bring back Kat Dennings' Darcy Lewis and Randall Park's FBI Agent Jimmy Woo, while also launching the debut of Marvel Studios' iteration of SWORD. Along with this reveal came a true introduction to Teyonah Parris' Monica Rambeau, who had only been seen as part of Wanda's sitcom reality before the story went back to her return to her position as SWORD captain.

While following her early path as an adult in the MCU, a fan found some intriguing connections to one of the earliest leading women of the MCU's history.

Marvel fans like Twitter user @kaludiasays are comparing the backstory of Maria Rambeau in Captain Marvel & WandaVision to that of Agent Peggy Carter from the Captain America and the Avengers movies.

The user's post points out the following parallels between Lashana Lynch's and Hayley Atwell's heroes:

you’re telling me both peggy carter and maria rambeau lost their super partners and created entire organizations to handle weird phenomena after that. you’re just going to parallel peggy and steve with carol and maria and tell me they are just GALS BEING PALS

WHERE HAVE WE SEEN THIS BEFORE?

Although no MCU movies or shows have featured both Peggy Carter and Maria Rambeau, the similarities in their stories are undeniable.

Peggy Carter seemed to live a considerably longer life than Maria Rambeau in terms of age, although both of them made a profound impact on the world of superheroes and intelligence both on Earth and outside its atmosphere. In simple terms, neither SHIELD or SWORD would likely exist in their current states if it hadn't been for the efforts of Carter and Rambeau.

They both also formed meaningful connections with two individuals who held the title of Captain in Steve Rogers and Carol Danvers. Captain America and potentially Captain Marvel held on with Carter and Rambeau until the very end of their lives and worked to continue the legacies that they built from the ground up.

It's unclear what the future of SHIELD is in the MCU going forward, but SWORD is just getting started after arriving in full at the beginning of "Episode 4" of WandaVision. Teyonah Parris' Monica Rambeau looks to continue her mother's legacy as this series progresses, and in March, Emily Van Camp's Sharon Carter will do her best to make her Aunt Peggy proud in The Falcon and the Winter Soldier.