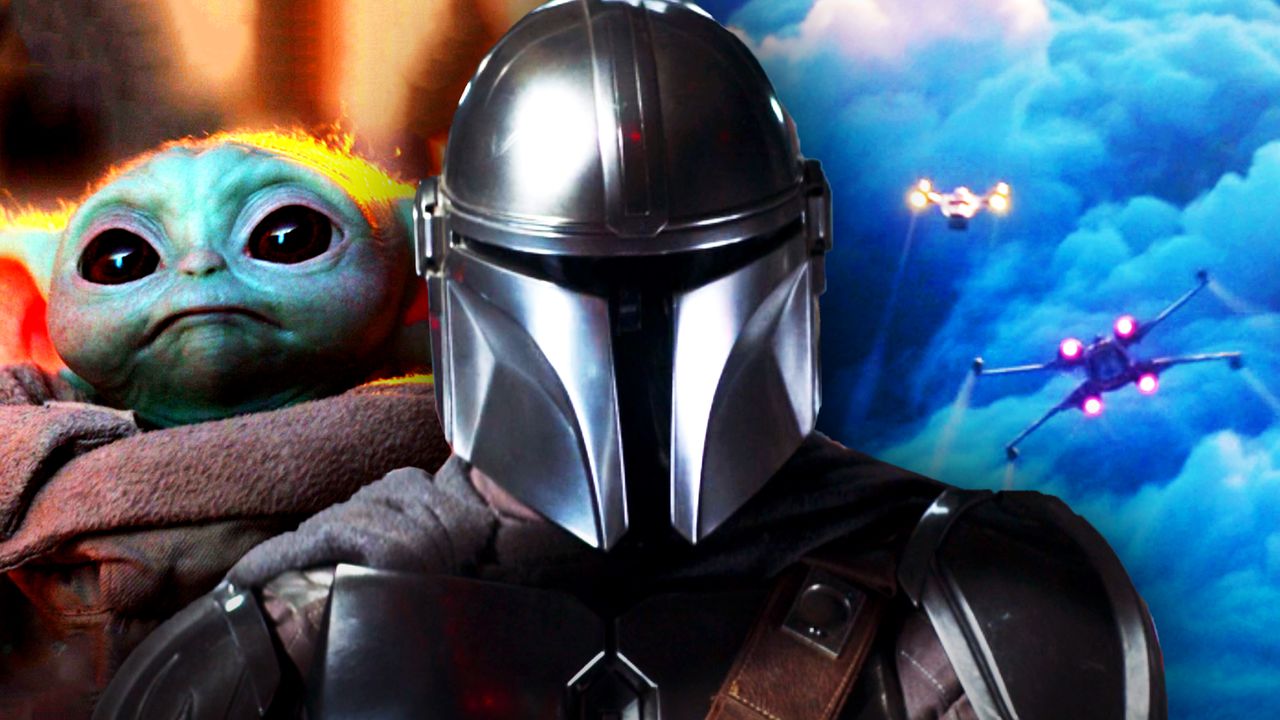 The Mandalorian must ferry a passenger with precious cargo on a risky journey.

After starting season two with an absolute bang,The Mandalorian slows things way down this week with a more personal, lower stakes episode.

In "Chapter 10:The Passenger", Din Djarin must transport a frog-like creature back to her home world so her husband can fertilize the eggs she's carrying. He does this in exchange for information on a nearby Mandalorian covert. Complicating matters are New Republic X-Wings, extensive damage to Djarin's ship and a horde of spider-like creatures.

Make no mistake, this is a filler episode. Installments of beloved series that don't drive the plot forward in any major way are staples of the television landscape. The issue with this one doesn't so much lie in its dearth of story developments but rather its lackluster overall narrative.

Indeed, "Chapter 10: The Passenger" makes little use of its roughly 38 minute runtime as it meanders its way to the climactic spider chase. Sure, there's a cool sequence where the Razor Crest is pursued by X-Wings through an ice canyon and the opening fight scene is amusing, but the episode doesn't do enough to make up for the weaker main story. - Liam McDonough

For what it's worth, Pedro Pascal does pretty much carry this episode on its shoulders. After leaving Tatooine, the majority of Djarin's interactions are with the frog lady and the Child, neither of whom are capable of talking back. Pascal, as always, does an excellent job of making his interactions with the Child seem believable. He also demonstrates a slightly more sensitive side to the his character in this episode. No mean feat considering he never takes that helmet off. - Liam McDonough

The special effects continue to dazzle in this show. The ice canyon chase was nothing sort of cinema quality, as were the spider creatures. Especially impressive was the sheer number of spiders that gave pursuit to the characters. That couldn't have been cheap to accomplish from a production standpoint but time and time again, Disney proves willing to pour the necessary budget into the series.

As for music, it was a bit of a quiet episode with composer Ludwig Göransson's score taking somewhat of a backseat this week. However, there was a brief reprise of John Williams' Resistance theme from the sequel trilogy that played when the X-Wings took off at the end. That was especially enjoyable.

All in all, the episode looked as fantastic as one has come to expect with this show. Peyton Reed, best known for directing both Ant-Man and Ant-Man and the Wasp for Marvel Studios, was on directing duties for the installment. Here, his direction serves the episode well, and that couldn't have been easy, given that two characters were primarily brought to life through puppetry and animatronics. - Liam McDonough

In terms of world building, "The Passenger" does introduce its fair share of interesting new creatures as well as reintroduces some classic ones.

The spiders, particularly the larger onces, honestly wouldn't look out of place giving Cal Kestis a run for his money in Jedi: Fallen Order. In fact, spiders and spider-like creatures have been a frequent problem for some Star Wars heroes. They serve as enemies in the aforementioned Fallen Order video game and in Star Wars Rebels, the Rebellion's hideout was overrun by large Krykna.

Additionally, this is far from the first ice planet seen in the franchise (Hoth and Illum immediately come to mind). Nevertheless, the addition of a hot spring on the planet does create an interesting extra bit of detail.

The Mos Eisley Cantina makes another appearance in "Chapter 10" as well. First appearing in 1977's A New Hope, the watering hole was also seen in Mando season one. Here, Peli Motto gambles with a large ant-like alien from an unidentified species.

And finally, Star Wars producer extraordinaire Dave Filoni makes an appearance as one of the unhelpful X-Wing pilots, reprising his role from the first season. - Liam McDonough

Nearly every show has its share of "filler" episodes. Even the highly regarded Breaking Bad had what could be identified as one.

The problem with "The Passenger" lies within the fact that there are only eight episodes per season of The Mandalorian and therefore, there's a certain expectation that Lucasfilm and Disney should be making each and every one count.

While the episode packs a punch from a special effects and CGI perspective, the fact that Djarin had to look after the Child, his passenger and her eggs through a series of escapades was frankly a bit much.

The episode was fairly comical throughout, particularly during Djarin's constant attempts to keep the Child from snacking on the frog lady's eggs.

Given that the previous episode teased Boba Fett and even went as far as to show the fearsome bounty hunter on screen, one would think he would make a full comeback in Chapter 10, yet they would've been wrong.

Fortunately, the entire point behind Mando ferrying this passenger was to get information on where his Mandalorian friends are hiding. With that in mind, perhaps next week, he'll find the covert. That would almost certainly make for a stronger overall narrative. - Liam McDonough

Episode two of season two of The Mandalorian is now streaming on Disney+.