Since the initial teaser trailer of Robert Pattinson suited up as the Dark Knight, much attention has been placed on Matt Reeve's The Batman . Even though the film is still a ways off from its release, that hasn't stopped Warner Bros. from unveiling new information related to it.

A police procedural series focusing on the Gotham City Police Department will be launching on HBO Max, and will be set in the same universe as The Batman . It is unknown if Jeffrey Wright's Commissioner Gordon will appear, or what capacity Batman will play into the series. The Batman is also rumored to no longer be filming on location anymore, opting to build all of its sets in studio.

A new piece of information has come out from one of the film's international cast members, indicating that a new trailer may be coming very soon...

Via DCVERSO on Twitter , Alexander Gavrilin, the Russian voice actor dubbing Robert Pattinson, shared a since-deleted image to his Instagram story. The picture showed a piece of paper, with words that translate to "Teaser for The Batman" and "Jim Gordon."

This indicates that Gavrilin has been doing voice work for a possible upcoming teaser trailer for The Batman . 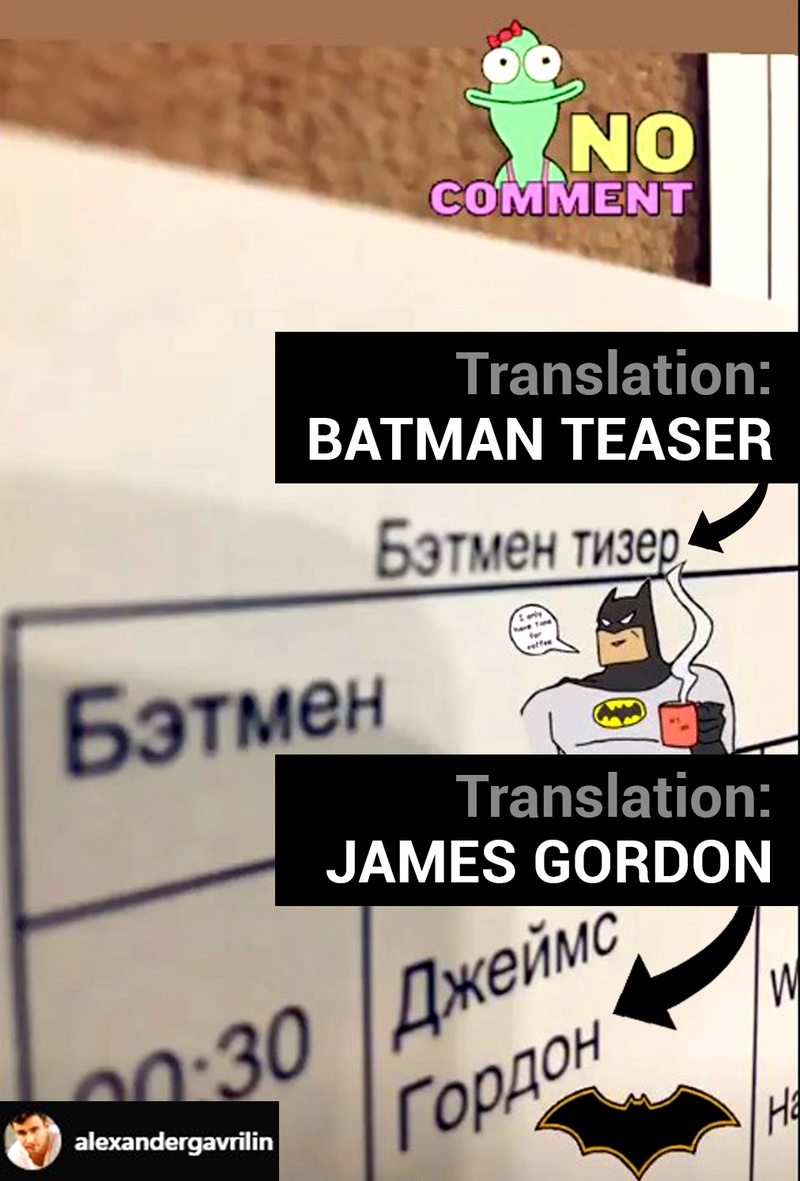 This image seems to suggest that there is a good possibility that a new teaser trailer for The Batman is coming very soon. If Gavrilin has been recording or is gearing up to record, it is likely that the trailer footage is close to being ready and just needs to be adjusted for international audiences.

With this in mind, the timing seems to make sense for a new teaser to debut soon with DC Fandome being just around the corner. This also coincides with promotional material of Mountain Dew bottles leaking, which has already given looks at Batman and Catwoman. To have this promotional material ready so ahead of the film's release almost certainly has to mean that Warner Bros. is ready to shed more light on The Batman .

Whether a new trailer is coming soon or is releasing further down the road, The Batman will arrive in 2021.