Even though DCEU fans have yet to see this year's Woman Woman 1984, and despite the uncertainty surrounding movie theaters and release dates due to COVID-19, fans are still looking ahead to 2021's The Batman directed by Matt Reeves and starring Robert Pattinson as Gotham's caped crusader.

While the film's production was delayed due to the virus, The Batman seems to have adjusted to the current circumstances when last month it was reported that the film will resume shooting in September in-studio as opposed to on location.

For fans curious about what to expect in Reeves' reboot of the Batman franchise, we're finally getting a slight peek at one of the film's more anticipated characters - Zoe Kravitz' Catwoman - from an unlikely source...

In a tweet posted by @DCEUPosts, leaked images of future Mountain Dew packaging to promote The Batman shows a glimpse of both Robert Pattinson's Batman and Zoe Kravitz' Catwoman. 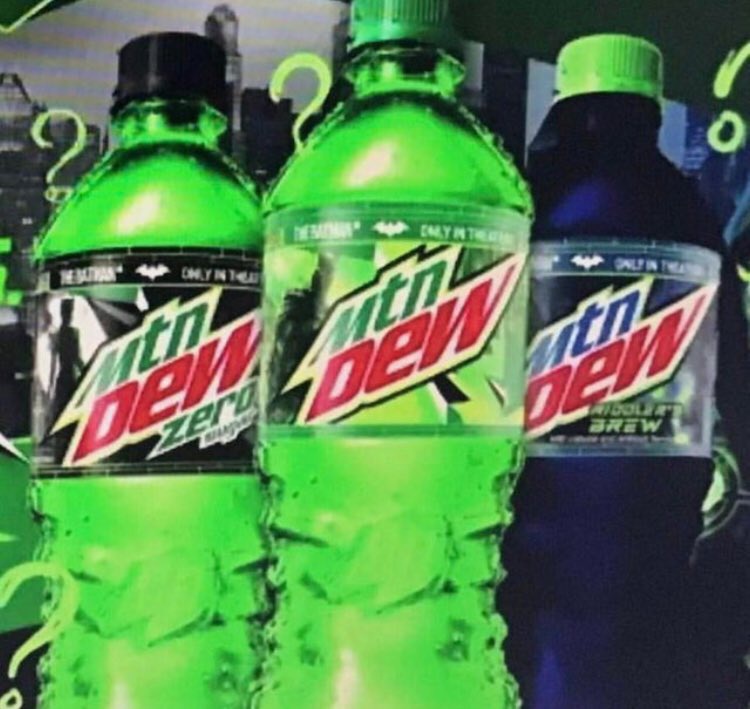 Even though Zoe Kravitz' casting as Selina Kyle's Catwoman was met with overwhelming approval, we still know very little about this version of the classic character. This image is one of our first looks at what we can expect.

This is not the first time Mountain Dew has participated in a promotion for a Batman film and created new, Batman-themed flavors. In 2012, Mountain Dew introduced Dark Berry to promote 2012's The Dark Knight Rises. It looks like we can expect something similar next year.

Since we know so little about Matt Reeves' The Batman, and even less about Zoe Kravitz' Catwoman, it's awesome to finally see anything about the film's upcoming promotional campaign and the slightest peek at the design of their characters.

Hopefully, this month's DC FanDome will reveal even more about this highly anticipated film and perhaps a better, clearer preview of Catwoman.