It's been a crazy 24 hours for The Batman . The production of the 2021 blockbuster was halted yesterday after a crew member tested positive for COVID-19. Hours after the news broke, it was confirmed that the film's lead star, Robert Pattinson, was the one who contracted the virus.

And now, a new report has surfaced, and it seems that production for the film will resume after all, even without the presence of Pattinson. 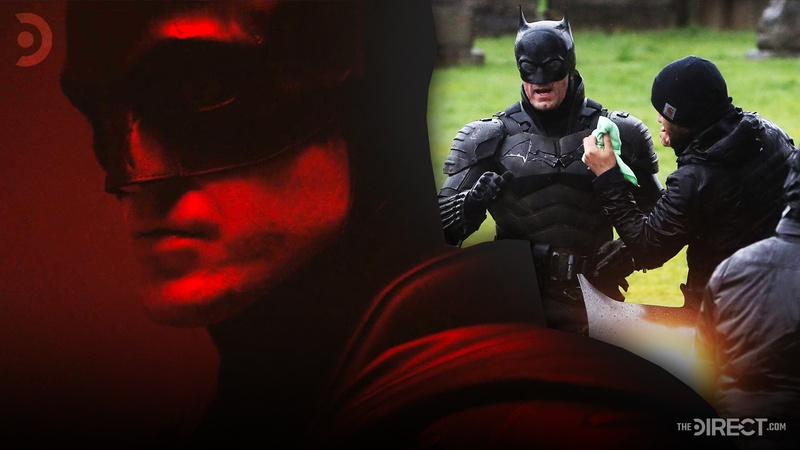 Update : Variety now reports that filming remains pause according to their sources. The outlet revealed that the earlier report from Daily Mail "was false according to insiders" and the cast and crew who made contact with Pattinson are still "quarantining." Variety has also bared that "it is unlikely that shooting will re-commence until the roughly two-week quarantine period ends."

"Production on “ The Batman ” continues to be on pause after Robert Pattinson tested positive for COVID-19, according to a source with knowledge of the production. Crew members are still doing construction work on sets and props at Warner Bros. Studios in Leavesden, U.K., but people on the film team who were in contact with Pattinson are quarantining. The production is still doing contact tracing. It is unlikely that shooting will re-commence until the roughly two-week quarantine period ends."

Previous: Variety reported that production on The Batman "has reportedly resumed at Warner Bros. Studios in Leavesden, U.K., albeit without star Robert Pattinson’s presence." Meanwhile, Adrian Wootton, chief executive of the British Film Commission and Film London said in a statement that film productions in the UK are "rigorously following BFC Guidance with robust health and safety procedures:"

“We know that productions in the U.K. are rigorously following BFC Guidance with robust health and safety procedures in place, including stringent testing regimes, which is why any case of coronavirus can be rapidly identified and appropriate self-isolating procedures implemented. We’re confident that with all measures in place, any production will resume filming as soon as it’s safe to do so. We also believe this will not impact production overall continuing in U.K., precisely because we have such robust health and safety measures operating, enabling our world-class film and high-end TV sector to get back up and running.

Variety also referenced Daily Mail's report which states that "director Matt Reeves is trying to finish as much of the shoot as he can without Pattinson, including scenes with the actor’s body double." Pattinson will reportedly self-isolate for 14 days as part of his road to recovery.

In a separate statement,  Lyndsay Duthie, CEO of the Production Guild of Great Britain, shared that the behavior of the U.K. cast and crew has "been exemplary" while also revealing that "precautions have been taken" to enable them to start filming again soon:

“The behavior of U.K. cast and crew have been exemplary. Wanting to return to work, everyone has embraced the comprehensive measures required of them and as a result many productions have been back on set and filming safely for weeks already. Where we have seen productions abroad where a cast or crew member has tested positive, precautions have been taken as required to enable them to start filming again as soon as they had the all clear.”

When asked if the morale of The Batman crew was affected, Duthie noted that "production teams are resilient" and the team "will always find innovative ways to keep moving forward:"

“Production teams are resilient as already proven and will always find innovative ways to keep moving forwards. I think it is more of a sense of frustration, when all have worked so hard to comply to comprehensive measures.”

Update : Contrary to the earlier report, it makes sense that the 14-day quarantine protocol will be observed since it's a safe bet that Pattinson made contact with numerous members of the cast and crew before testing positive for COVID-19. In effect, this development will further delay the planned restart of The Batman 's production. It's currently unknown when filming will resume, but it's a good call that the utmost priority right now is the safety of everyone on set.

Previous: Based on the report, it's clear that The Batman will prioritize the scenes that don't require the presence of Pattinson in order to ramp up filming. Not only that, with the report referencing the plan of The Batman director Matt Reeves to utilize Pattinson's stunt double, it's likely that the action-heavy scenes of the character will be shot first.

This report also aligns with the earlier statement of WarnerMedia Studios executive Ann Sarnhoff, where she explained that production will return "very soon." This goes to show that Warner Bros. and The Batman have contingencies in place when unfortunate instances like these happen. In a way, this shows that the studio is both committed in finishing production for the film as soon as possible while also prioritizing the health of the cast and crew.

The assurance of Duthie when it comes to precautions being taken during the aftermath of Pattinson's test should ease the worries of fans for now. The extensive health protocols are still being observed, and the willingness of the cast and crew of The Batman to comply should also serve as a good sign moving forward.  As expected, Pattinson will undergo a 14-day self-quarantine, and many fans remain hopeful that he will recover soon to full health.