Outside of TV and movies, the Star Wars franchise has a plethora of content that includes games , novels, and even comic books. With that in mind, it's evident that there has been no shortage of content that tells stories about the galaxy far, far, away, and it seems that fans are in line for more.

Last month, the first chapter of Star Wars: The High Republic was made available online along with a slew of new details about the much-anticipated novel. On top of that, it was also confirmed that several tie-in novels and children's books centered on The Mandalorian will arrive soon. And now, a new preview has officially arrived, potentially hinting that the franchise is ramping up their efforts on the publishing side.

An exclusive release from SYFY revealed a preview of the intergalactic beings that will be front and center in the upcoming Star Wars: Dark Legends novel. Written by George Mann, the young adult anthology is set to deliver "224 pages of atmospheric fables perfectly suited for all ages on lightning-filled summer nights:"

Star Wars: Dark Legends arrives later this month from Disney Lucasfilm Press with 224 pages of atmospheric fables perfectly suited for all ages on lightning-filled summer nights. The horror-tinged, in-world collection of six frightful Star Wars tales and ghost stories would have certainly kept little Luke and Leia up long past bedtime with stories of intergalactic creatures and sinister beasts.

Set to arrive on July 28 , the latest offering from IDW Publishing will look include "six spine-tingling fables" that are woven together to further explore the Star Wars galaxy:

Deftly written by George Mann and illustrated with vivid archetypal paintings by artist Grant Griffin (the returning team that created Star Wars: Myths & Fables), these six spine-tingling fables are woven from the colorful tapestry that defines the entire Star Wars galaxy and all its outer space origins. The material also draws from details, characters, and landscapes found inside the new Galaxy’s Edge attractions at Disneyland and Disney World.

The sneak peek also included the official art of the cover, which can be seen below: 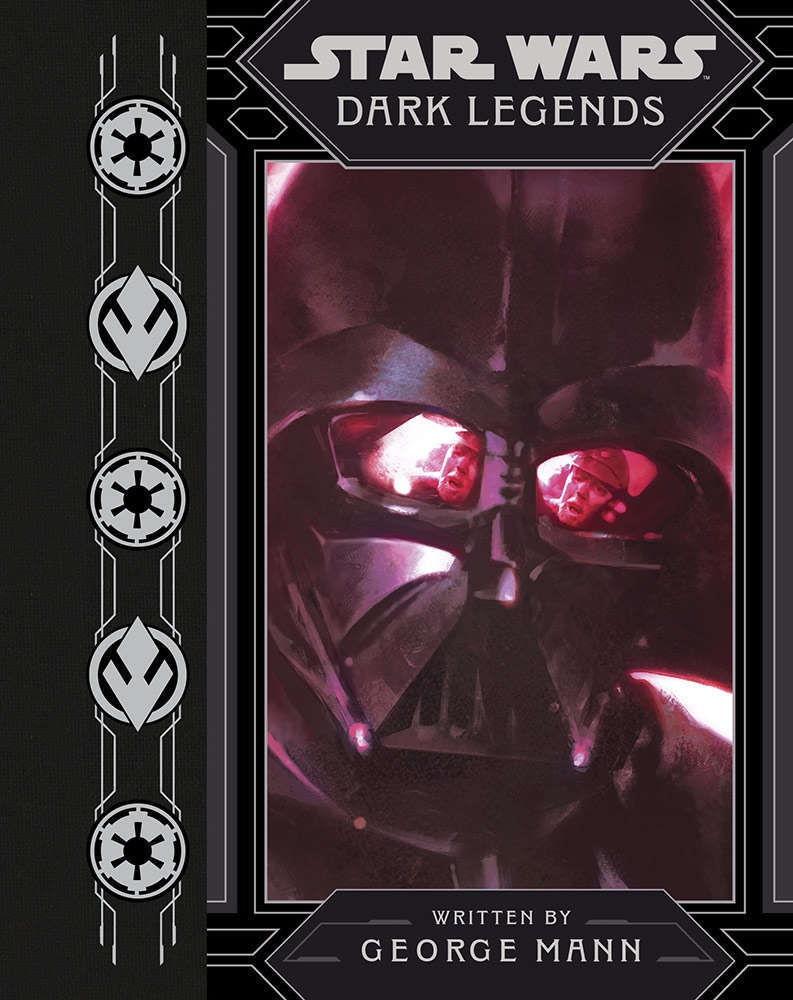 Interestingly, the exclusive release offered fans a glimpse at the menacing Grand Inquisitor who is famously known from Star Wars: Rebels . 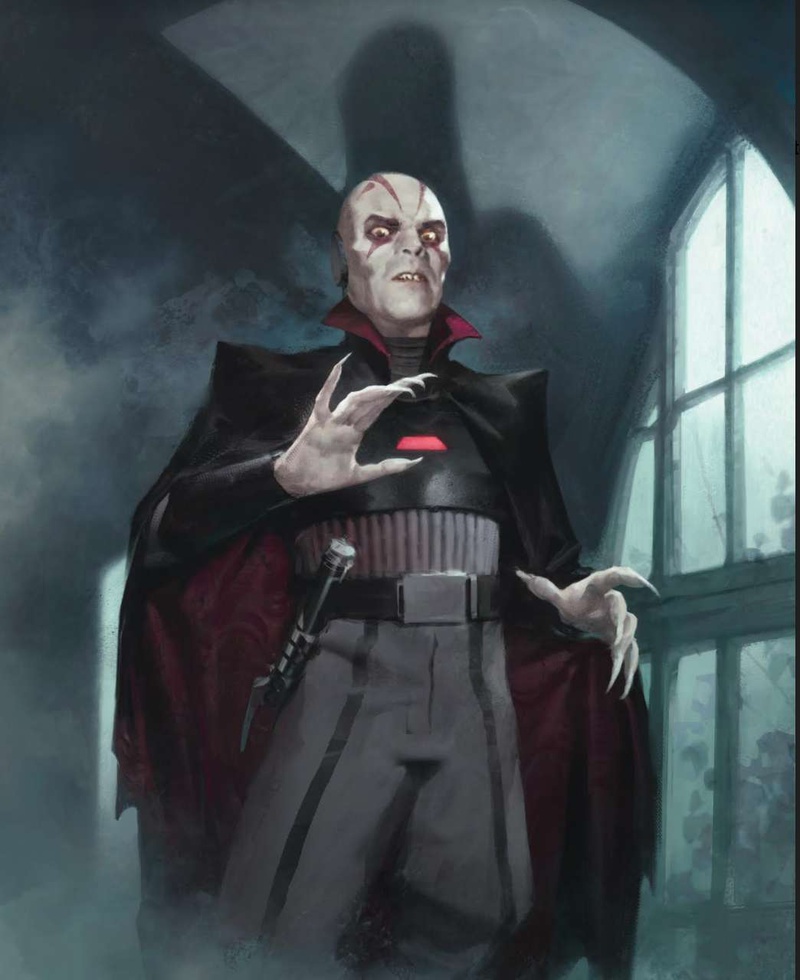 In conjunction with that, several concept arts were also included in the novel's sneak peek. 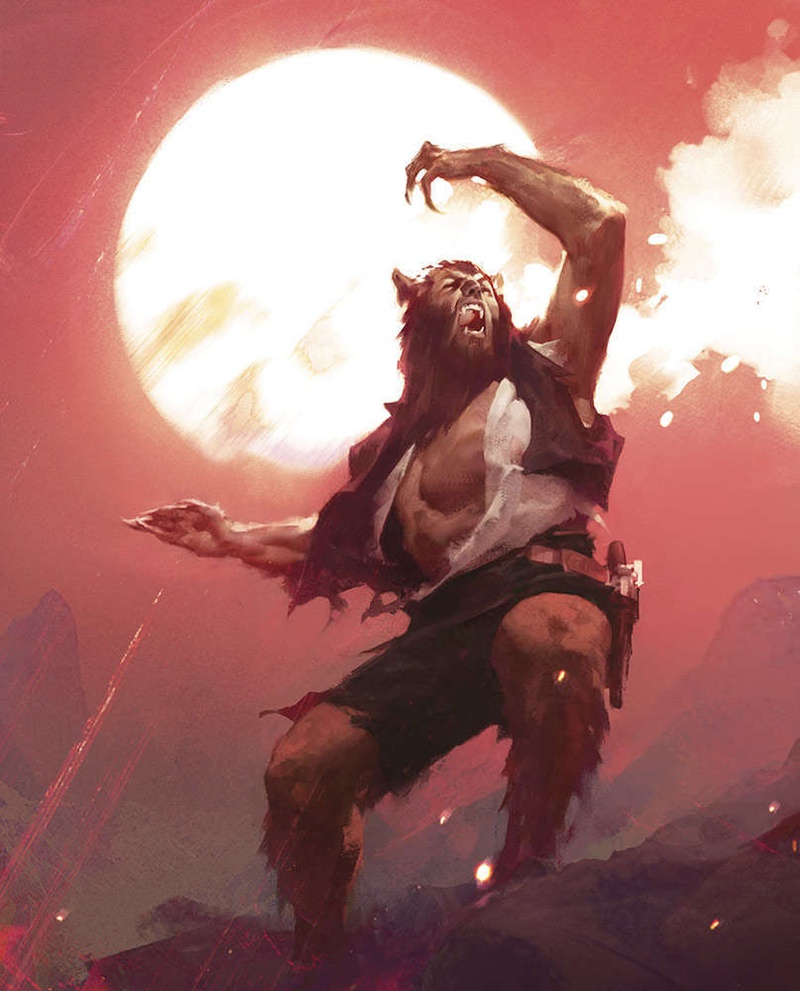 The release included the franchise's re-imagining of a werewolf as well as a terrifying look at a Sith Lord. 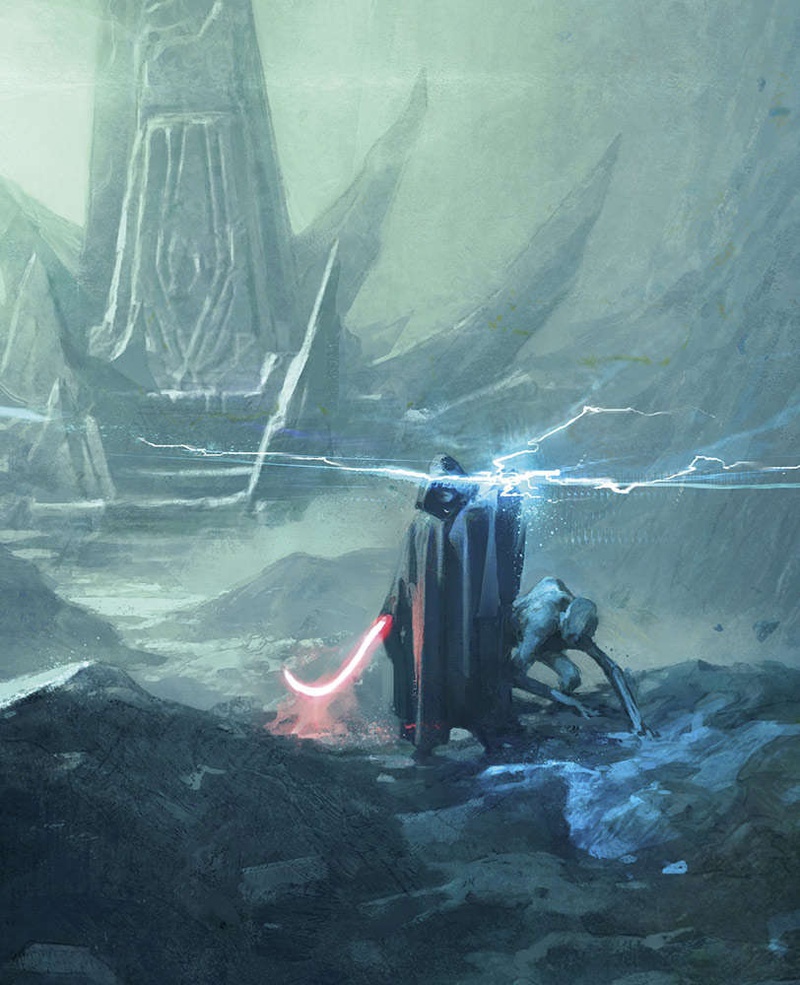 Dark Legends author Gabriel Mann revealed that the novel will explore the "deepest, darkest corners" of the Star Wars universe:

"Dark Legends is a collection of spooky myths and legends from the deepest, darkest corners of the Star Wars universe. From Sith Lords to Nightsisters, from hauntings to terrible transformations, we explore the the dark side of the Force in its many different facets. The stories are told in the form of classic fireside ghost stories, cautionary bedtime tales and dark fairytales. They should send chills down your spines, but hopefully they’re a lot of fun to read too!"

Moreover, Mann also believed that the horror genre seems to be a perfect fit for the space opera franchise:

"There are already so many perfect characters and situations in the Star Wars universe that lend themselves to a darker spin, and the thing about fables like this is there’s always a twist in the tale. Characters get their comeuppance. People who dabble in the dark side get more than they bargained for. Boogeymen really do exist. To be honest, I could have kept going for another book’s worth I was enjoying it so much."

Mann then shared how the Grand Inquisitor fits in the overall narrative:

"The story from which the following is excerpted pretty much set the tone for the whole collection. When I was initially brainstorming ideas, it was this one that really cemented the tone and approach to the stories that we ended up taking. It started with a spooky image — the idea of the Grand Inquisitor, caught before a window, backlit by the moon, creeping into a building like a monstrous Nosferatu. In it, we see an orphanage on a distant world in the aftermath of the Clone Wars. When a new girl arrives, she hears stories from the other children of a creature that comes in the night to steal away gifted ones..."

Lastly, the sneak peek wouldn't be complete without giving out an excerpt from the upcoming novel. A bit of it is provided below, and the rest of the excerpt can be found here .

ON THE PLANET Gaaten, nestled amongst the gloomy spires of a once great city, sit the ruins of an orphanage where, long ago, children who had lost their parents during the fallout of the Clone Wars were sent to be cared for while they awaited placement in new homes throughout the sector.

With the use of horror, it's clear that the Star Wars franchise is treading new ground in terms of their way of storytelling. No doubt, Mann's re-imagining of the genre's iconic monsters to fit the Star Wars universe (as such with the Grand Inquisitor to Nosferatu) is a brilliant way to entice fans.

The dark side of the force has been explored in a bunch of ways in the cinematic universe of the franchise. However, Dark Legends offers a new spin for the benevolent force by using it as the driving force of these horror-inspired stories. By doing so, it's evident that Star Wars is still finding ways to surprise fans while also creating quality content in the process.

If anything, Dark Legends could lay the groundwork for bolder stories that maximizes the in-universe canon of Star Wars.