The Mandalorian 's inaugural season last year was well-received by fans and critics, paving the way for a successful debut of Star War's first foray in the realm of live-action series. From internet-stopping cameo reveals to a slew of behind-the-scenes breakdowns , there has been a lot of chatter surrounding the show's first season. While fans wait for the much-anticipated season 2 release of the Disney+ show, the addition of legendary Star Wars characters as well as the promise of more heart-stopping action should keep fans in check.

Given that Star Wars is a trans-media franchise, it's given that the The Mandalorian 's lore will be further explored in other forms of media. And now, the inevitable has arrived. A new report has confirmed that several tie-ins will dig deep into the world of Din Djarin and the Child...

An exclusive release from Star Wars' official website has confirmed the arrival of a new series of books inspired by The Mandalorian , which is set to be released starting in the fall and through the winter and spring of 2021:

Fans of the The Mandalorian will soon go deeper into the world of the Disney+ series than ever before.

StarWars.com is thrilled to announce a new publishing program dedicated to The Mandalorian, featuring books and titles for fans of all ages. The series kicks off this fall, with releases planned through the winter and spring.

On top of the announcement, the report also shared an exclusive look at the cover for The Art of The Mandalorian (Season One) , featuring a new illustration by Lucasfilm’s Doug Chiang. The book will be released on December 15 of this year: 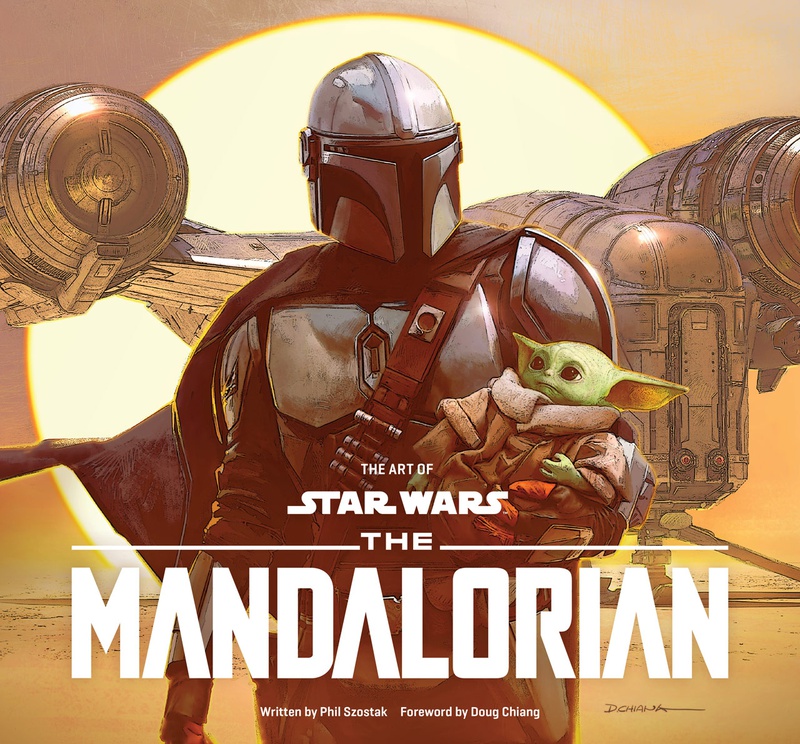 Lastly, the reveal also includes a list of the upcoming books focused on The Mandalorian series along with several partnerships from major brands:

In addition, The Mandalorian-inspired comics are coming from Marvel and IDW Publishing, and magazine, novelty, and coloring and activity titles are on the way from Titan, Studio Fun, Crayola, Thunder Bay Press, Disney Publishing Worldwide, and Dreamtivity. Younger bounty hunters can look forward to a Little Golden Book and a Screen Comix retelling of Season One.

Through the years, Star Wars has been known to expand its lore through various novels, comics, short stories, and visual guides. With this official reveal, it seems that there are more stories to tell in the world of The Mandalorian , following the footsteps of other live-action predecessors under the Star Wars umbrella.

Just like in other Star Wars properties, the presence of a publishing program could also reveal several noteworthy reveals about the show's protagonists. It could provide hints to the early days of Din Djarin in the bounty hunting business while also touching upon the Mandalorian code in the process. In a similar way, it could also give a hint to The Child's unknown origins before taking center stage during the show's second season.

The presence of The Ultimate Visual Guide and The Art of the Mandalorian provides a platform to showcase the inner workings behind the scenes. In many ways, it's clear that this new development offers an opportunity to provide a unique way of storytelling for The Mandalorian franchise.