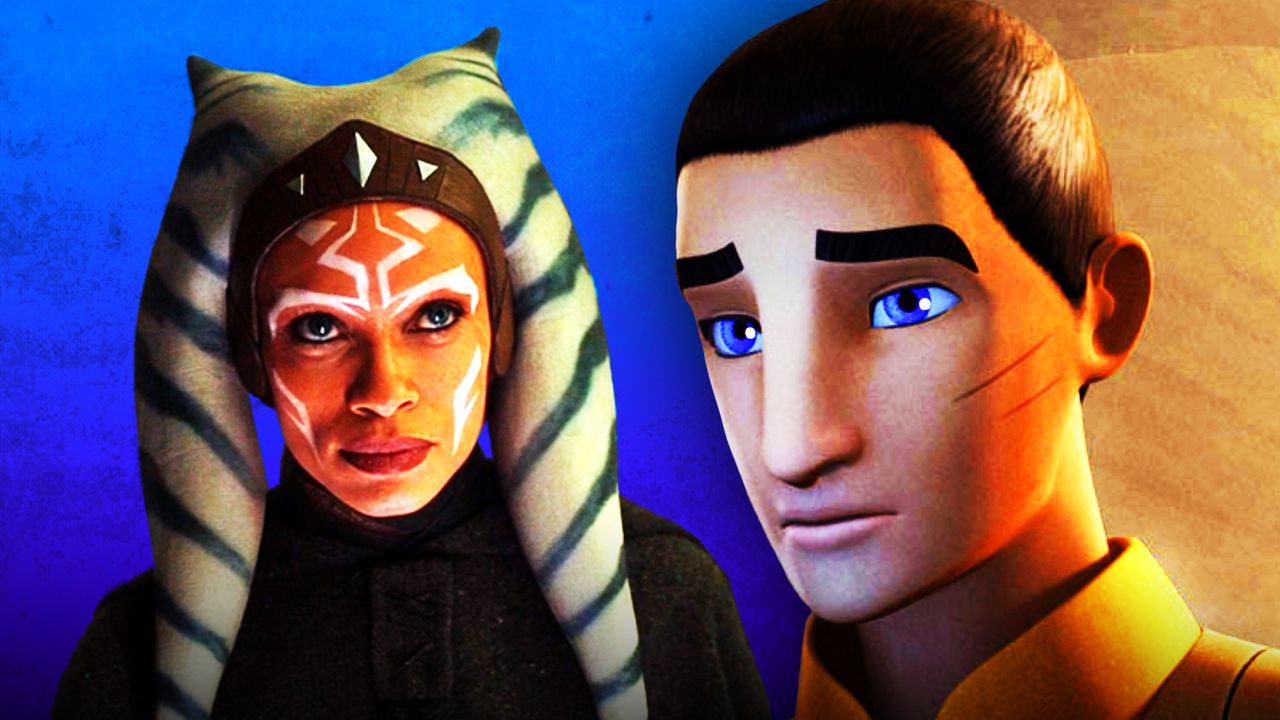 Star Wars Rebels capped off its four season run in 2018 with its lead character, the Jedi Ezra Bridger missing in action, sending himself, Grand Admiral Thrawn, and his ship, the Chimaera, into an unknown region of deep space.

Fast forward to the fifth episode of the second season of smash hit The Mandalorian. Ahsoka Tano, another Jedi and ally of Ezra, is brought in for a guest appearance in the episode. In her fierce battle with the evil Magistrate of Corvus, Ahsoka demands to know the location of the Magistrate's master: None other than Thrawn himself.

Now, the implication here is that Ahsoka is still on her quest to find Ezra which was established at the end of Rebels, given that Thrawn was with Bridger when he was lost.

Ezra's voice actor in all four seasons of Star Wars Rebels, Taylor Gray, recently spoke to Star Wars News Net's podcast. He shared the fact that he's an avid watcher and fan of The Mandalorian and how impressed he was by Rosario Dawon's Ahsoka's inclusion in the series:

“I think it was Hemingway who said ‘When you’re writing, you need to give people what they want but you need to surprise them with how you give it to them.’ In that sense, I’m on the side of… you’re so invested on many of these characters you want them to come back. That’s why this last episode was so unbelievable because of the way Dave was able to bring in Ahsoka, because if she was going to come on the show, that’s how you do it. You know what I mean? It was so cool on so many ways… I think it it was big for her because you want to know her objective, so that kind of filled in a lot. You’re like ‘Oh, she’s still tied to this storyline we set up in this last show.’ It explains a little about where she’s been."

Gray also discussed the possiblity of Grand Admiral Thrawn or Ezra Bridger making an appearance in a live action Star Wars project, as well as the interconnectivity featured in modern storytelling:

"The one thing that I’m seeing is that there are so many shows and films now, different projects that they’ve established they are all connected, which is cool. I think it’s inevitable that… Or maybe is not, but it seems like they’ve set it up. I don’t know if it will be ‘The Mandalorian’, or another show, maybe animation… I don’t know. But I think for sure, because they introduced that character and it would make sense. I don’t know how they plan this spider-web of interconnectedness.”

It's pretty obvious that in her The Mandalorian appearance, Ahsoka was trying to track down Thrawn because it could lead her to Ezra. Many fans have also speculated on the possiblity of seeing both Thrawn and Ezra in live-action.

It does seem to be looking likely that all this will happen, especially since a Rosario Dawson-led Ahsoka spin-off series has been officially announced for Disney+. It doesn't take much of a leap to think that Ahsoka's quest to locate her friend would be the focus of her own show.

What's more is that another Star Wars spin-off series was announced as well. Rangers of the New Republic will take place in the same timeframe as The Mandalorian and Ahsoka, and the three shows will eventually cross over in a culminating event. Perhaps Thrawn and Ezra's wherabouts will be the focus of said event. That particular story certainly has enough meat on it to warrant such a special amount of focus and prominence.

For now though, fans can catch The Mandalorian exclusively on Disney+. The next episode will drop on Friday, December 18.