During a Summer 2020 discussion with filmmaker Gina Prince-Bythewood , she was asked about the Silver & Black movie that she had been developing at Sony and whether it had a future. Prince-Bythewood bluntly said that “My honest answer is I don't know,” and implied that the success of the Spider-Man movies affected this spin-off movie moving forward. It seemed that Sony was second-guessing themselves and their planned spin-offs, as the director explained:

“There's a question of, 'Can you really have these films with Spider-Man not in them? Should he at least have some sort of part in them?' That's always the question.”

For good and for ill, it seems like Sony has regained confidence in these spin-offs to the point of developing a movie for a Marvel character who is only tangentially related to Spider-Man and who has appeared in just 27 total issues of comics since being introduced in 1998.

The Illuminerdi is reporting from their sources that Sony Pictures is developing a movie based on the character of Dusk, set within Sony Pictures Universe of Marvel Characters.

The outlet added that there is no timeframe for the release or talent attached to the project.

Even an avid comic reader shouldn't feel guilty not knowing that Dusk is a Spider-Man character. Dusk is actually a title passed down from warrior to warrior among a group of rebels battling the villainous Blastaar in the Negative Zone. Shortly after Spider-Man arrived, the last person to have the title was killed, so the rebels pushed for Peter to become Dusk and wear a specialized suit.

After helping the rebels, they allowed Peter to take to suit back with him to his dimension. The suit itself gave the wearer the ability to turn invisible in shadows and even glide short distances. Peter only seriously donned the identity of Dusk in his world once when he was accused of murder and went into hiding.

However, this Sony spin-off will most likely be about Cassie St. Common, a college student who, through a series of very convoluted events, gains possession of the Dusk costume and becomes a superhero after falling to her death and being reborn with new powers. She could teleport anywhere in a swirl of shadows and had psychic awareness. Common learned that her Dusk suit made her capable of manipulating Darkforce energy, further enhancing her powers.

Fans will have to wait and see if this Dusk movie gets greenlit and actually becomes an on-screen finished product. 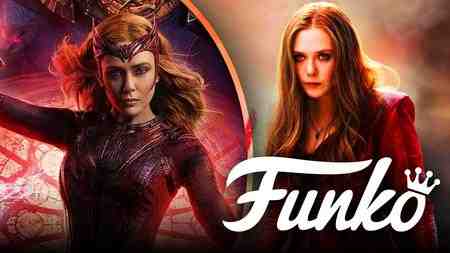