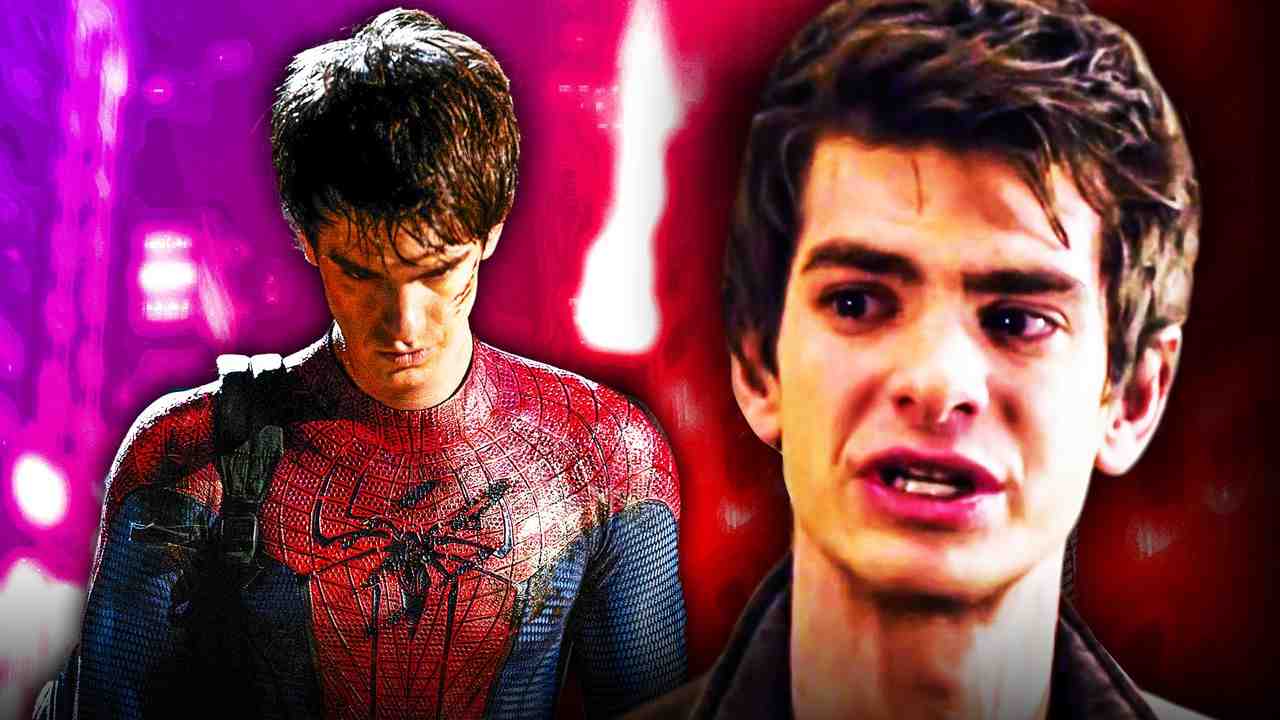 Before Tom Holland made his MCU debut as Spider-Man in 2016's Captain America: Civil War , Andrew Garfield portrayed the web-head in The Amazing Spider-Man franchise.

In 2012's The Amazing Spider-Man , Garfield made his Marvel debut as the famous web-slinger , and the film grossed $758 million at the box office which was enough to warrant a sequel.

The follow-up to the 2012 solo flick made its way into theaters in 2014 as The Amazing Spider-Man 2 . The sequel's packed storyline and characters led to a lukewarm reception from fans and critics, ultimately paving the way for Sony and Disney to make a deal that would let Spider-Man crossover into the MCU.

Although The Amazing Spider-Man franchise was not deemed successful, many would agree that Garfield's performance as Peter Parker is one of its bright spots.

Now, the veteran actor has opened up about his previous superhero role in an intriguing fashion.

Andrew Garfield, who portrayed Peter Parker in Marc Webb's The Amazing Spider-Man films, sat down with Total Film, via Gamesradar , to talk about his previous Marvel role.

When asked if The Amazing Spider-Man franchise matched his desires, Garfield first discussed his preparations for the role:

"My intention... I started studying myth, which is the basis of comic-book films and comic books generally. And you go, 'Oh, right. The responsibility of modern filmmakers is the same as the person telling the story around the campfire.' Stories are the things that remind us of who we are as human beings, and we actually have an opportunity to provide deep wisdom and medicine and guidance. So for me, it was like: How do I help to infuse this with as much soul and universality as possible, knowing that millions of young people are going to be watching?"

The actor then pointed out that the role would give "young people the opportunity to feel their own extraordinariness," while eventually sharing that it turned out to be "everyone else that's serving their own masters:"

"So it's not an exercise in selling t-shirts and mugs and Happy Meals, but it's giving young people the opportunity to feel their own extraordinariness, and their own ordinariness, and seeing someone who's just like them struggle with those two things living inside of themselves. So for me, it was about that. And then, you know, there's everyone else that's serving their own masters."

When the interviewer noted that he sounded dissatisfied with aspects of his performance in The Amazing Spider-Man movies, Garfield seemed to agree, admitting that he is "very rarely satisfied with how something turns out," saying that he suffers from "that kind of queer, divine dissatisfaction" that the majority of creative people have:

"I'm very rarely satisfied with how something turns out. I suffer from that kind of queer, divine dissatisfaction that most creative people have. I remember watching The Social Network for the first time, and me and Jesse were like, 'Oh, we hate this shit. We hate it.' Everyone around us was going, 'What the fuck is wrong with you? It's incredible.' We were like, 'No. I ruined it. They should have cast someone else.' There's a healthy version of that, which is the growing down thing. But then sometimes it turns into an indulgence."

Andrew Garfield's comments cement the idea that the actor is passionate about any role that he portrays, but there's a special place for Spider-Man. The Social Network actor clearly understood the assignment as he is well aware of the Marvel hero's impact on fans, particularly the younger audience.

Despite his passion and pure intentions of playing Spider-Man, Garfield made it clear in his statement that he was taking a shot against Sony due to his "serving their own masters" remark. While this could play a factor in his dissatisfaction with his previous movie roles, his clarification about having this kind of frustration could simply come from his creative side.

Interestingly, this isn't the first time that Garfield opened up about his "fights" against Sony producer Amy Pascal . In a previous interview, the actor shared that he "would fight" Pascal over creative differences for the film, but the pair would try to compromise as much as possible.

Still, it is common for any movie to have this kind of struggle, especially with big-budget blockbusters and franchises like Spider-Man. From clashing of ideas to trying to find the right balance to give all sides a chance, the film has a lot to go through before eventually reaching its final cut.

At this stage, signs point that Garfield will be back for one more appearance as the web-slinger in Spider-Man: No Way Home. If the leaked set photos and rumors are true, this would give the actor a fitting opportunity to portray the iconic role on a grander scale, especially after experiencing an abrupt ending following The Amazing Spider-Man 2.