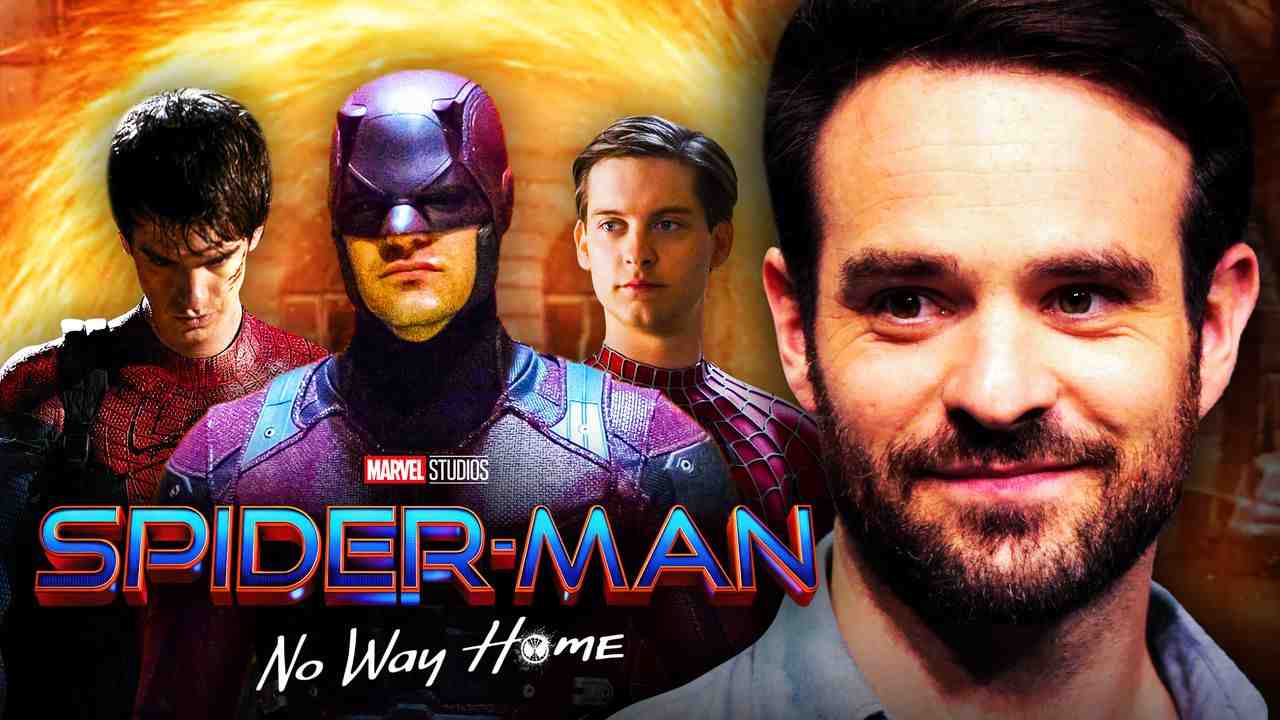 Last year, fans were shattered when Charlie Cox said he wasn't involved with Spider-Man: No Way Home , stating that if Daredevil were to appear, "...it's not with me. It's with another actor." However, between April and December 2020, something obviously changed as Charlie Cox was then rumored to return as Matthew Murdock .

Too good to be true at first glance, but evidence of his involvement soon began to pile up shortly after this revelation. Then those involved began to be a lot coyer about speaking of his or Daredevil's involvement in the threequel, including Marvel Studios President Kevin Feige was directly asked .

The first trailer for Spider-Man: No Way Home has gotten everyone excited, especially fans who suspected one character could be Cox himself . However, Cox was actually asked in a recent interview about this theory. Cox ended up dismissing it being him in the trailer but was still excited to talk about Daredevil.

Cox has another interview that was far more revealing with the actor clearly having something to hide.

CHARLIE COX NEEDS TO WATCH OUT FOR KEVIN FEIGE

At the end of an interview with Steve Varley on Youtube for Charlie Cox's new crime-drama Kin , he was directly asked whether he got "a thrill" seeing people theorizing about him being in Spider-Man: No Way Home .

The actor denies being active on social media, citing that his mother and wife are "aware of it" and inform him whenever it starts trending:

"I'm not on social media, I don't have the same awareness about it as probably other people do, but obviously, I hear about it. My mom will tell me about it and my wife, who's aware of it."

The more Cox answers the question, the more he begins to have difficulty answering, but still expresses that he's "grateful" fans care enough to talk about it:

"I see it as a massive, massive...It makes me feel very grateful that people care that much.

By far the most revealing part was when he began to stutter even more throughout his answer, saying that he "wouldn't want to ruin something either way" by denying or confirming his involvement:

"You know I also like...It makes...I don't. I wouldn't want to ruin something either way. Do you know what I mean? So, it makes me a little anxious in that regard, you know, because it's a difficult thing to talk about. You know all I would say, I guess everyone, myself included, is just gonna have to wait and see what happens."

Charlie Cox was practically squirming in his seat, trying not to reveal anything in this interview. An attitude and response that was drastically different from his somber and straightforward answer way back in April 2020 when he had denied his involvement outright. Almost as if something had changed since then, which evidently has Cox excited now.

Comparatively, in this new interview, Cox didn't even want to give any sort of denial, saying that he "wouldn't want to ruin something either way." Meaning he wouldn't want to disappoint fans or get in trouble with Feige by prematurely revealing anything . Certainly not definitive of him being involved, his answer was certainly suspiciously evasive.

Fans will find out whether he's in it or not when they see Spider-Man: No Way Home in theaters on December 17, 2021.