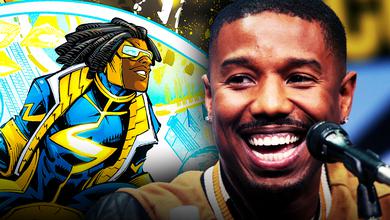 Among DC’s massive slate of movies coming within the DCEU is the teenage hero-centric movie Static Shock. This film came as one of the surprise announcements at DC FanDome in 2020, especially when it was joined with the reveal that Black Panther star Michael B. Jordan would step into the role of producer.

The character was last brought to life in his very own early 2000’s animated series within the DC Animated Universe. Now, this film will be a major step forward in bringing the young African American hero into the big-screen spotlight for the first time.

The movie is still early in the development process, but news has just come revealing one of its most important roles that has just been filled behind the scenes.

Variety is reporting that writer Randy McKinnon (Safety) has signed on to write the script for Warner Bros.’ DC Comics movie Static Shock, which is produced by Michael B. Jordan

STARTING TO COME TOGETHER

While there is still very little known about this upcoming DC project, McKinnon’s addition should make for some real firepower in the writing department.

McKinnon’s most recent work came in the Disney+ exclusive movie Safety, which has been well-received since its release at the end of 2020. While his resume as a writer only extends back to 2015, he’s already finding his footing in Hollywood and should have the opportunity of a lifetime to succeed in the superhero genre.

It’s still unclear whether this movie will be set within the DCEU, but fans are hoping more news will come to light as development progresses further. Now that McKinnon is attached as the writer alongside Michael B. Jordan as the producer, the hope is that more personalities will join the fray for Static Shock.