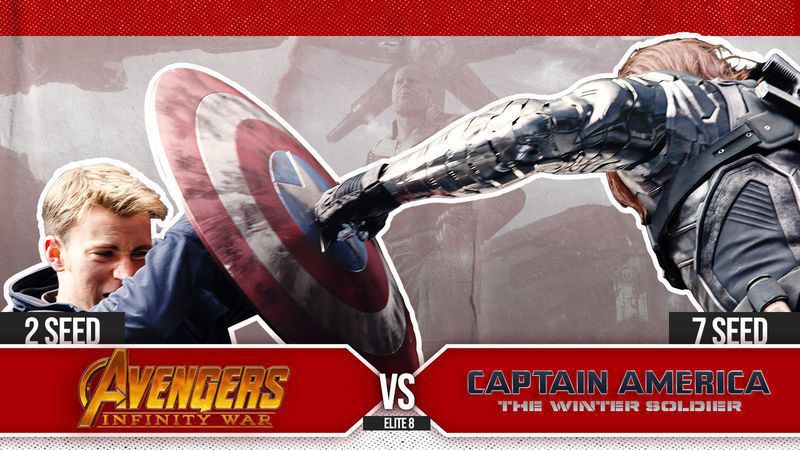 This matchup of the MCU Madness is a battle between two movies which could not be more different from one another. Captain America: The Winter Soldier is the benchmark in which all solo, character-driven stories are measured against, while Avengers: Infinity War is the result of fine-tuning and perfecting of the ensemble movie. #7 Captain America: Winter Soldier takes on Avengers: Infinity War. Vote Down Below!

The star-spangled super-soldier Steve Rogers was once considered the most stereotypical, straight-laced superhero to ever grace the panels of a comic book. He was introduced in his origin story and elevated in The Avengers, but The Winter Soldier accomplished the impossible and made Captain America the coolest dude around.

Does anyone want to get out?

What separates Steve Rogers from the rest is his undying loyalty to his country. This film takes a look at what happens when the country that Cap knows and loves isn’t the trustworthy organization he thought it to be. The Russo brothers' debut into the MCU creates one of the most rock-solid movies from beginning to end. A movie that does just as good a job at developing its characters as it does building the MCU. It could be argued that this is also one of the top espionage movies of the 2010s.

A staple of the MCU is that the solo movies in between the big events hold as much weight as the big team-ups. Captain America: The Winter Soldier is responsible for developing some of the most in-depth characters within the major story. Not only do the events of this movie have lasting effects on the rest of the MCU, we see the decisions made here change some of the most important pieces in play.

Why should Captain America: The Winter Soldier beat Avengers: Endgame?

Following up The Avengers was something many people thought the MCU would struggle with. With movies like The Winter Soldier, Marvel Studios proved to its fans that they were capable of getting away from the whiz-bang and just make a great action thriller. This is one of those movies that gets better and better with each watch as there are many different layers to unravel. Few MCU projects are able to develop its main character, introduce more pieces to the game and tell a great story all while moving the major plot forward in a big way. This is the movie that made Cap cool to hardcore fans and general moviegoers alike.

In the MCU, we have seen both stories following our individual heroes and also stories in which they team up to take on a common foe. But in the background has been standing the biggest foe of them all, pulling the strings that bring the entire MCU together… Thanos. This is the story of the Mad Titan.

You guys are so screwed now

We have known that Thanos was our big bad since 2012. But this is our first chance to really see not only how he matches up against our heroes, but also dive into the motivation behind the ultimate antagonist. The MCU has been criticized for having simple, one-dimensional villains. But Infinity War stopped that critique dead in its tracks. Even though this is a film we FINALLY see the entire universe on one screen, the star of the show is the 9-foot CGI prophet.

Heading into the Spring of 2018, MCU fans were on top of the world and in the middle of Phase Three, which gave them Civil War, Ragnarok, Black Panther, Doctor Strange, Baby Groot and arguably the best Spider-Man movie to date. How could Marvel Studios possibly create a movie that brings all of those characters and more into a film successfully? Once fans got over the incredible shock at the end of this movie, many were convinced that no matter how big the hurdle is, there is nothing the MCU could not do. This movie was the result of 10 years of trust, validation, and execution in the Marvel Cinematic Universe.

Many of us remember walking out of the theater for this movie with our jaws on the floor and our minds struggling to process what just happened. The bad guy won - an unheard-of notion in comic book movies at this point. Fast forward 12 months and we all remember how unbelievably satisfied we were with Avengers: Endgame. Those moments were earned by every character that took part. And while it took 12 years of world-building to get to that point, everything was put on the table and set up perfectly In Avengers: Infinity War. While Endgame was the perfect finale to the Infinity Sage, it would not have been nearly as successful nor satisfying had it not been for Infinity War. 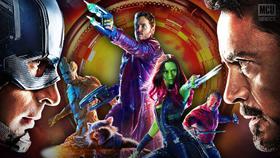 MCU Watch Order: How to Watch the Marvel Movies In 6 New Ways