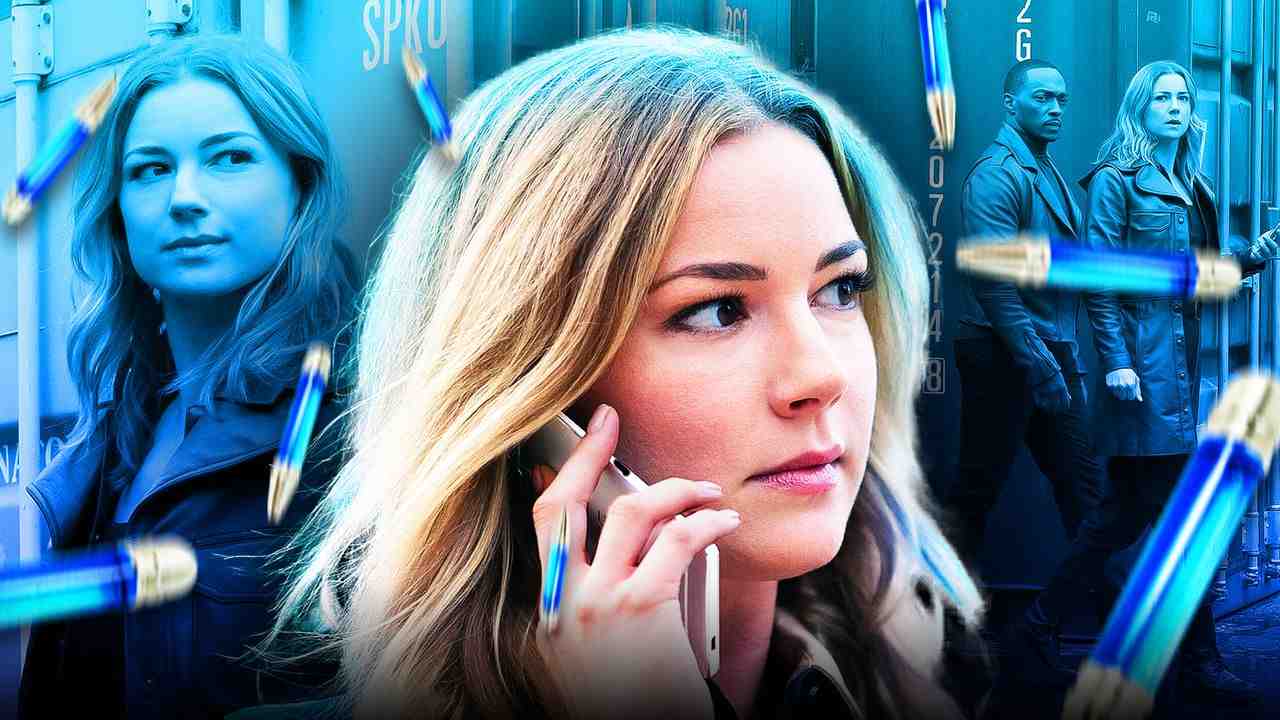 The Falcon and the Winter Soldier might've already finished its run on Disney+, but it's safe to say that there is still a good amount of discussion surrounding the Marvel series.

One of the big reveals from the Anthony Mackie and Sebastian Stan-led series is the true identity of the mysterious Power Broker . Following this plot twist, it seems that fans are still wrapping their heads around the fact that Emily VanCamp's Sharon Carter was revealed to be the one pulling the strings .

Throughout the show's initial run, speculation became rampant on who the Power Broker really is, so it came as a surprise that a noble person like Sharon pulled off a heel turn in between Captain America: CIvil War and the post-Infinity Saga world.

VanCamp admitted that Sharon taking on the Power Broker mantle "made perfect sense," saying that it gave her character a chance to explore just how much she "was abandoned and left to her own devices." This was further amplified by comments from The Falcon and the Winter Soldier co-executive producer Zoie Nagelhout about the character's interesting "duality" moving forward.

Now, it looks like the Power Broker is poised to spell more danger for the heroes down the line, as evidenced by the recent remarks of Marvel's boss.

Marvel Studios President Kevin Feige sat down as a guest of the D23 Inside Disney podcast to talk about the MCU future for Emily VanCamp's Sharon Carter a.k.a. the Power Broker.

Feige explained that VanCamp's character got the "short end of the stick" during the events of Captain America: Civil War, and it effectively sets up her Power Broker storyline from The Falcon and the Winter Soldier .

The producer noted that the fan response to Madripoor and the Power Broker reveal was "great," a sign that Marvel may be looking to continue these storylines moving forward:

"Well, the Power Broker has been revealed, and what was fun about that is again, Emily is a spectacular actor, and we hadn't seen her for a long time. She got the short end of the stick when it came to the events of [Captain America:] Civil War. She was sort of left out in the cold. It is interesting on how she evolves, and where she goes obviously remains to be seen, but the response to Madripoor and to her as the Power Broker was great."

WHAT'S NEXT FOR THE POWER BROKER?

Emily VanCamp's compicated MCU journey after Civil War has yet to be unraveled in its full glory since The Falcon and the Winter Soldier only provided a glimpse of how her life changed in Madripoor. If and when Sharon returns in a future project, there's a strong chance that a full-blown explanation as to why she decided to take the Power Broke mantle will be revealed.

At this stage, the next plausible project in which Sharon could show up is Captain America 4 . Given that the ending of The Falcon and the Winter Soldier revealed that Sharon is a now a pardoned U.S. citizen, it's possible that Sam will treat her as one of his allies against potential threats.

By doing so, it gives Sharon an instant connection to the Avengers, thus expanding her means of gaining intel and resources.

There's also a chance that Sharon could end up as one of the villains of the upcoming Captain America installment, giving Sam an emotional confrontation while also exploring themes of betrayal and espionage.

Whatever the case, it seems that Feige is confident with whatever narrative direction that Marvel is planning for Sharon's Power Broker persona, and it will be interesting to find out how it will all be unveiled in future projects.

All episodes of The Falcon and the Winter Soldier are now streaming on Disney+.