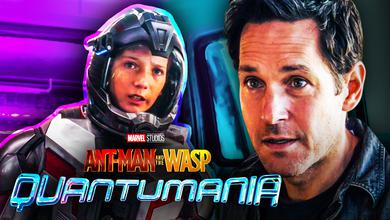 Marvel Studios is about to jump straight into the deep end with both production and releases for Phase 4 of the MCU, which still has four movies and four Disney+ shows coming this year. The studio also confirmed multiple release dates and titles for later projects in the next couple of years, including Ant-Man and the Wasp: Quantumania coming on February 17, 2023.

Not much is known about the threequel in terms of its plot, although it's slowly building an impressive cast both in terms of actors and their roles. Kathryn Newton will be embodying an older Cassie Lang as she evolved into her superhero persona Stature while Jonathan Majors will join the film as one of Marvel's most intimidating big bads in Kang The Conqueror.

That cast is set to grow once again thanks to the latest casting call for a new role coming into play.

CASTING CALL FOR A NEW YOUNGSTER

Insider Charles Murphy of Murphy's Multiverse released a casting call from Marvel Studios looking for a 9-12 year old female to play a leading character in Ant-Man and the Wasp: Quantumania.

The character is described as ten years old, with the studio looking for an actress with singing, dancing, and comedic chops. It's also unlikely that this is a young Cassie Lang, as Abby Ryder Fortson from the first two Ant-Man movies still fits this description, meaning the role is almost definitely for a new character.

WHO COULD THIS YOUNGSTER BE?

With how big Quantumania is set to be, it's hard to pick out exactly who this role could be, especially with it being a lead character. However, with time travel and the Quantum Realm potentially in play, there are a few options to consider.

The dancing and singing could be indicative of someone like Nadia Van Dyne, the daughter of Hank Pym and his first wife from the comics who utilizes the same powers as both of the film's leading heroes. With Kang involved in the movie too, there's a chance Marvel could alter her backstory or origins with time travel and alternate realities in play.

No matter who this young character turns out to be, it will be exciting to find out exactly how they mesh with Scott and Cassie Lang along with Hope Van Dyne. Kang will be one of the most formidable villains in the MCU, even in his first true appearance, and the team is going to need all the help they can get to stop him.

Ant-Man and the Wasp: Quantumania will begin filming this summer before releasing in theaters on February 17, 2023.