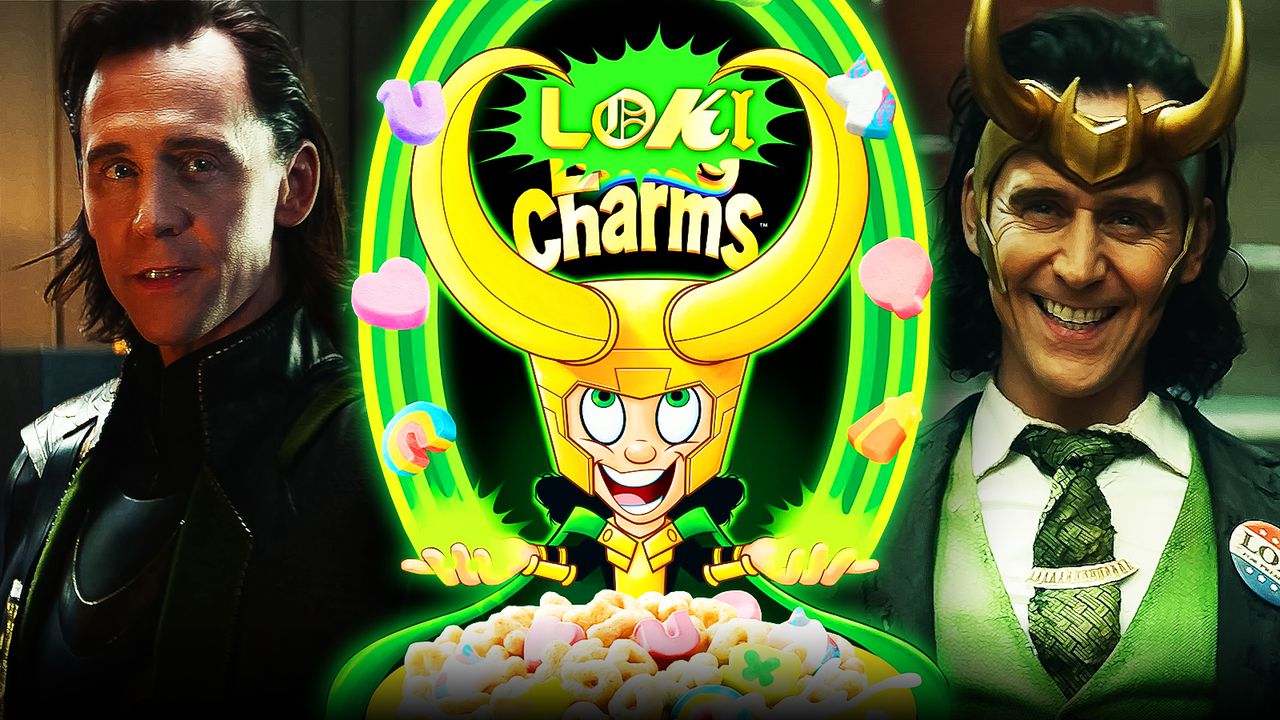 Marvel's third Disney+ original series, Loki , will premiere on Disney+ on June 9, 2021. In the meantime, the promotional team is working hard to get everyone hyped for the show which follows Tom Hiddleston's iteration of the God of Mischief as he is captured by the Time Variance Authority after escaping with the Tesseract in Avengers: Endgame. The series will subsequently go on an adventure through the eras.

Of course, there are plenty of clip compilations and interviews rolling out in the lead-up to the series, but Disney has been trying out some different avenues with Loki that it didn't for Marvel's previous Disney+ series.

There have been official watch parties on Twitter leading up to the premiere, a curated collection on Disney+ for all projects featuring Tom Hiddleston in the role, and now, a special version of a popular cereal is being taken over by Marvel's beloved trickster.

FROM LUCKY CHARMS TO LOKI CHARMS

General Mills and Disney have jointly announced that they will be producing special boxes featuring Loki to tie in with the upcoming series. The cereal has been redubbed as "Loki Charms."

A website specifically for the limited-time offering and a short video featuring an animated version of the God of Mischief "taking over" the box after the cereal's regular mascot, Lucky the Leprechaun, disappears through a portal have both been unveiled

The presale for the special edition of the cereal starts June 9, 2021, at 9:00 a.m. Eastern Time for those who correctly guess an "encryption password" with the product officially going on sale two hours later at 11:00 a.m.

Watch the promotional video below:

THEY'RE ALWAYS AFTER THOSE LOKI CHARMS

The MCU is no stranger to promotional tie-ins (this isn't even its first one with cereal boxes), but this is the first one for a Disney+ series not just from Marvel but any property, not to mention the first to involve an actual name change for the product.

The cereal itself does not appear to have undergone any design changes under the"Loki Charms name, but these special boxes will be black instead of the product's signature red.

Moreover, instead of Lucky, the box will feature images of Loki, both a drawing in the style similar to the usual art for the boxes on the front and a photo of Tom Hiddleston as the character on the side.