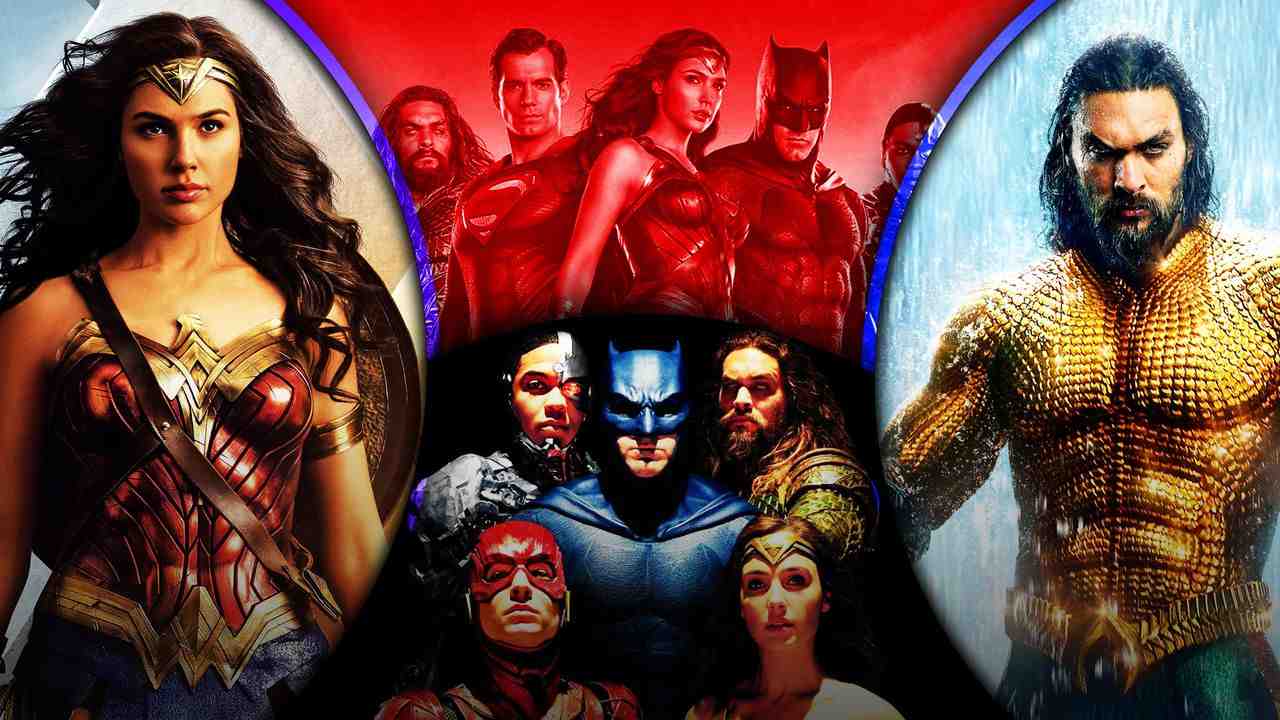 Back in 2017, Justice League released into theaters and was a critical and financial failure, despite bringing together some of the best-known superheroes of all time. Unlike the global-hit Marvel Cinematic Universe, DC opted to quickly jump into team-up films after only giving Superman his own solo story.

Fans got a peek at the film that could have been with the recent release of Zack Snyder's Justice League . However, the return to the Snyderverse was seemingly a one-time treat as Warner Bros. is now pushing forward with their original plan.

Over the years, various members of the cast and crew of Justice League have openly discussed the series of events that led to the disastrous result that hit theaters. The film's writer has now joined that group, explaining the process of creating the film from his own perspective .

In an interview with Vanity Fair, Justice League and Batman vs Superman screenwriter Chris Terrio opened up about the production issues on Snyder's DC films.

The writer explained that, despite writing the team-up of multiple characters who would each have their own films, he was “not consulted on the order” of their release. Warner Bros. determined the release order of the universe with no “thought to how the world was constructed” :

“I was not consulted on the order of the films, even though I was the person writing Justice League. They just determined that it was going to be Batman/Superman, and then Wonder Woman, then Justice League, and then Aquaman. So there was never any thought to how the world was constructed before they issued this edict. They said, 'Conform to this schedule.'”

When asked to clarify how that complicated the writing process, he explained the “ Wonder Woman script wasn’t even finished when [he] wrote Justice League.” Terrio went on to explain he knew virtually nothing about the content of the solo spin-offs, meaning everything he wrote had to be “from scratch” :

“The Wonder Woman script wasn’t even finished when I wrote Justice League. So I had no basis to write Wonder Woman other than Batman/Superman. Themyscira didn’t even exist. I was never shown anything on the page for it. I didn’t know whether people could talk underwater. That was a thing that I had to ask because I didn’t know if I could do underwater scenes with Aquaman and Atlanteans. It was all just from scratch because there had been no [solo] character films.”

This left the writer three new heroes to introduce, a Man of Steel to resurrect, and “a long game mythology” to create, all in under two hours. Terrio went on to say he was unsure “how you could do all that in under two hours,” suggesting that “maybe the 2017 release proved that you couldn’t” :

“So Justice League needed to establish three of the characters; it had to create a long game mythology for the DC Universe. It had to resurrect Superman because he was dead at the end of the last movie. I just don’t know how you could do all that in under two hours. Maybe the 2017 release proved that you couldn’t.”

WHY THE MARVEL FORMULA WORKS

Back in 2017, DC experienced one of the most unexpected box office flops of all time with Justice League . An Avengers -style team-up film of household-name superheroes like Batman, Superman, and Wonder Woman should've been a success, and yet it failed to break even.

As Marvel continues to tie their stories closely together to great success, hardcore DC fans are craving the same treatment for their favorite heroes.

Marvel Studios revolutionized the formula of interconnected universes by introducing each of the Avengers one-by-one in solo films before they eventually united in a blockbuster epic. Following this release order allowed moviegoers to build a connection to every character so that they would feel invested and care about the bigger stakes of The Avengers .

DC was clearly desperate to catch up to the success of the MCU by jumping straight into team-up films like Batman vs Superman and Justice League . Had the studio opted to release Wonder Woman , Aquaman , The Batman , Cyborg , and The Flash prior to Justice League , it could've been a much bigger success.

Superman was the only character to be explored in a solo story before sharing the spotlight with other characters. This left Chris Terrio the responsibility of introducing too many characters in too short a time, with a two-hour run time being greatly restrictive for how much had to happen.

Ever since Zack Snyder departed the DC universe every film has been largely standalone with little crossover between them. With the drastic failure of Justice League , it's hard to imagine when Warner Bros. will next be willing to give the iconic comic book team another chance .

However, DC has some big issues to overcome before they can consider resurrecting the Justice League franchise as they lack committed Superman and Batman actors. With Ben Affleck's time in the cowl seemingly coming to an end, setting Robert Pattinson's The Batman on an alternate Earth may prove to be a costly mistake for Warner Bros.

J.J Abrams is currently in the early stages of development on a Superman film with virtually nothing known about it as of now. It's unclear if Cavill will reprise his role for the project, or if much like The Batman this will be another alternate reality story.

The successes of some of DC's recent films like Aquaman , Shazam , and Joker have proven standalone stories can work. However, it leaves behind the great potential the DC universe has for grand-scale crossovers.

DC's live-action world will next be explored in James Gunn's The Suicide Squad , which will hit theaters and HBO Max on August 6 .