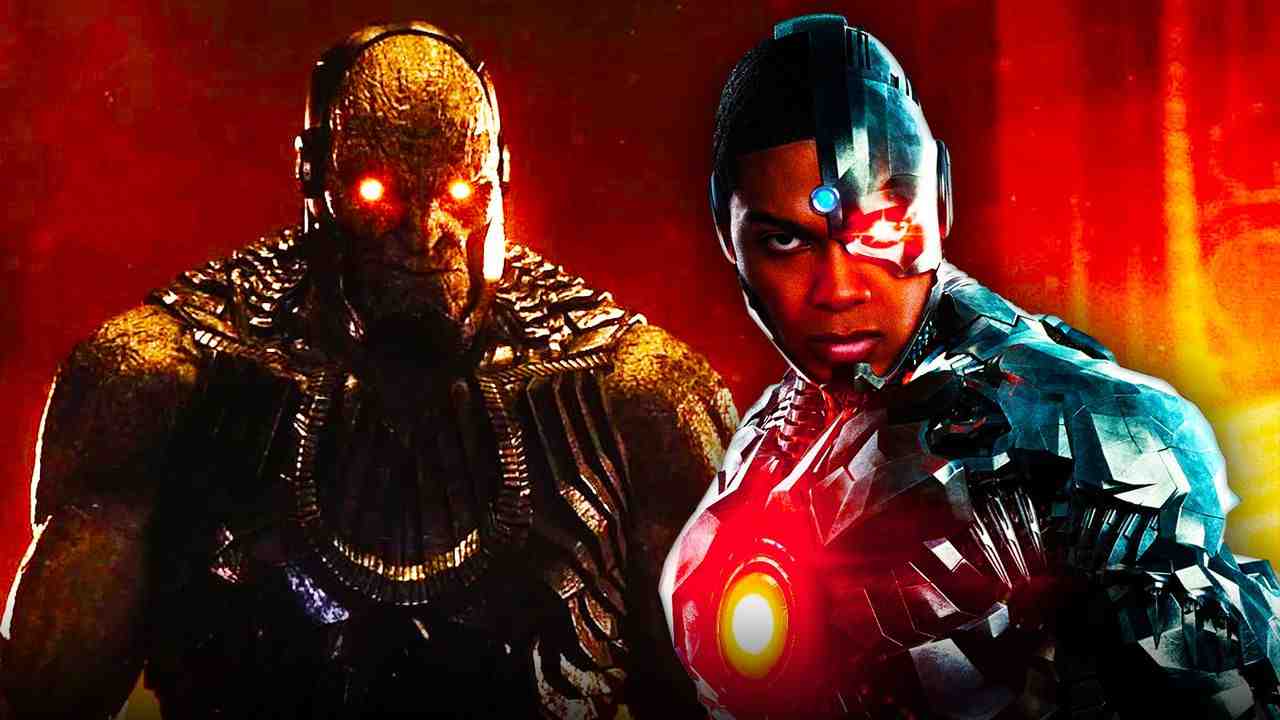 One of the biggest changes new cut of Justice League — which is set to release next month — is the involvement of Apokolpis' ruler Darkseid . As most dedicated DCEU fans are aware, Darkseid was set to play a major role in Snyder's future vision for the franchise , as the director planned for the villain to take up the antagonist mantle in a second part of the controversial team-up movie.

Despite Snyder's original massive scale vision for the franchise, a tragic death in his family, and a string of studio interference, led to The Avengers director Joss Whedon taking the directing chair for the post-production. In classic Whedon fashion, the hijacked production was packed with jokes and quips, taking away from Snyder's originally darker tone .

However, an inclusion of Snyder's choosing was the involvement of Cyborg. In recent years Cyborg has become a major player in the League and one of the team's integral members, so it was natural for him to make an appearance in the film.

While Cyborg — played by Ray Fisher — played a relatively minor role in the team-up, Warner Bros. had major plans for the character , including future team-ups and a solo movie of his own . However, a recent tweet from the actor himself has suggested a major storyline which way have been planned for the character, either in the past or the future.

A fan recently shared a tweet on Twitter which noted the similarities in appearance between Cyborg and the villainous Darkseid, including the similar ears and chin strap.

While the original film didn't seem to set up any specific links between the two characters, Ray Fisher teased a possible connection in a reply to the original tweet.

Fisher replied with a cryptic winking face emoji while also tagging Darkseid actor Ray Porter. This is far from a confirmation of any connection, but it does introduce a multitude of possibilities.

ARE CYBORG AND DARKSEID LINKED?

Well, more than likely no, sadly. Justice League took a lot of storyline influence from the "New 52" reboot of the team, Justice League: Origin , in which Cyborg joined the team in a key capacity. When designing the team for the relaunch, Jim Lee confirmed the influences of Darkseid in Cyborg's redesign, meaning the look likely plays homage to that arc.

Sadly, even if any links were originally intended here by Snyder, it's unlikely these will ever be continued. Although Zack Snyder's original vision for the Justice League will finally become a reality, it seems to mark the end of his tenure with the DCEU.

While many fans will be sad to see his time with the universe coming to an end, they can look forward to future appearances from the entire cast. The Flash will finally see the light of day next year with rumored appearances from Ben Affleck's Batman and Cyborg, while the fate of Henry Cavill's Superman remains unclear. Meanwhile, Wonder Woman will be returning to complete her trilogy under Patty Jenkins , and James Wan is currently working on a sequel to his Aquaman movie .

The possibility will always exist that Snyder could return to the universe to follow his original storyline intentions, especially with Warner Bros. finally allowing his vision of Justice League to become a reality. Originally, it didn't appear as if the director and studio parted on the best of terms, but with the hype building around his film so many years later, the studio may choose to capitalize on this down the line. This all depends on the success the new cut sees on HBO Max.